The excavation of the Spring House fortress, conquered by King David, and where King Solomon was crowned, took 15 years.

The biggest fortress ever uncovered in Israel from the pre-Herod period was inaugurated on Tuesday in a secret ceremony.


The fortress, that was built some 3,800 years ago, was uncovered during a 15-year archeological dig in the City of David, one of the most complex and unique digs ever done in Israel. 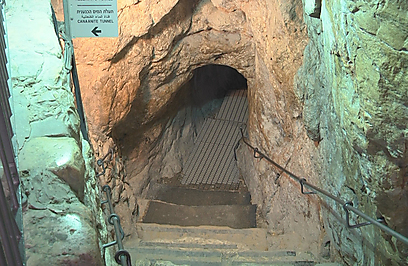 The Spring House - a massive Canaanite fortress, that was built in the 18 century BC, was excavated in a complex operation led by Professor Ronny Reich from Haifa University and Eli Shukron from the Israel Antiquities Authority.

The fortress protects the Biblical Gihon Spring with a massive fortification that isolates the spring and allows access to it only to those coming from the west - from inside the city. 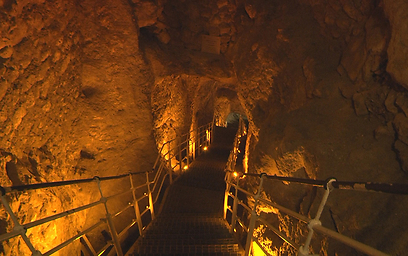 According to Shmuel II chapter 5, King David conquered the "Zion Fortress" from the Jebusite king and his men. The Spring House raises the possibility that it is the same impressive fortress, into which King David's men entered as they were conquering Jerusalem from the Jebusites.

At the beginning of Kings I, Nathan the prophet and Tzadok HaKohen describe King Sholomon's coronation as taking place "on Gihon." This ceremony took place, researchers believe, at the heart of the Spring House - over the gushing Gihon Spring. 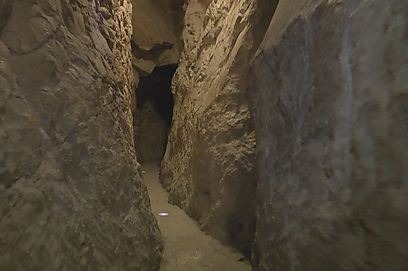 Passageway to the Gihon spring (Photo: Eli Mendelbaum)
"When we open the Bible and read about King Solomon who was crowned here, on the Gihon Spring - today you can come and see: this is where it happened. This is where it all started," said Oriya Desberg, the manager of development at the City of David.

Archeological digs in the Biblical City of David started in 1867 - exactly 100 years before the city returned to Jewish control - by The Palestine Exploration Fund (P.E.F), led by Captain Charles Warren. But the first excavator to reach the thick of the fortress, without even realizing it at the time, was a treasure hunter by the name of Montague Parker, who was searching for the Ark of the Covenant and King Solomon's treasures in the heart of the massive Canaanite fortress between the years 1909-1911. 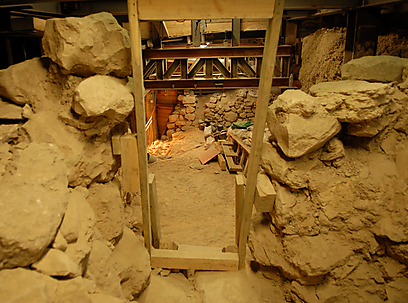 Fifteen-year-long archeological dig (Photo: Eli Mandelbaum)
Parker's first dig was done in complete secrecy after he bribed the Turks to allow him to dig in the site. In May 1911, an attentive guard who was not among the bribe receivers found out about the dig. Parker had to flee for his life and escape to Cyprus on a yacht that was waiting for him at the Jaffa Port. The remnants of the tunnels Parker and his men dug up a century ago can be seen today in the fortress' upper part.

The fortress - that has seven-meters-thick walls made up of 2-3 meters-big stones - was built 3,800 years ago without any mechanic tools. 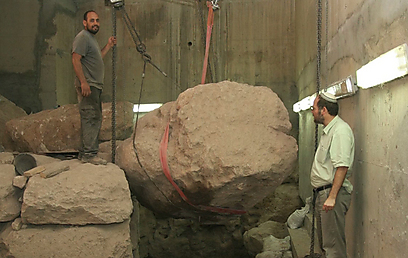 Two-three meter-big stones (Photo: Eli Mendelbaum)
"In order to protect the water source, they built not only the tower - but also a fortified passageway that allowed the city residents a safe access to the water source," archeologist G. Uziel said. "This very impressive structure was operating until the end of the Iron Age, and it was only when the First Temple was destroyed that the fortress fell into ruin and stopped being used."