The new Samson Squadron, a military transport plane purchased from the United States, was inaugurated into the Israel Air Force (IAF) today in the Nevatim airbase near Beersheba. The modern aircraft, with a range of flight of nearly 4,000 km, will greatly strengthen the IAF aircraft fleet. 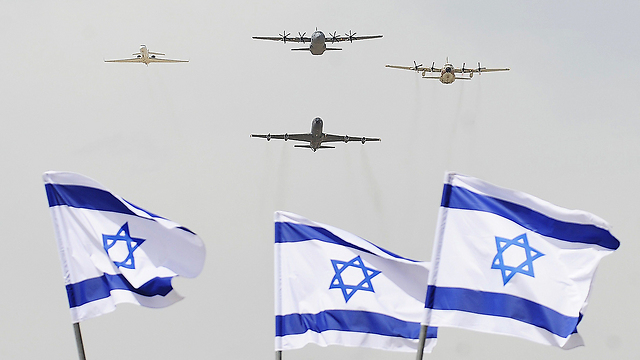 'Super Hercules' in action (Photo: AFP)
Known abroad as the Super Hercules, or C-130J-30, the IAF purchase of the Samson from Lockheed Martin, will replace the IAF’s aging Hercules C-130/H transport models.

Some of the Hercules aircraft have been in use by Israel for more than 40 years. The Lockheed Martin-made planes played a significant role in the Yom Kippur War as well as the Entebbe Operation to free hostages in 1976 and Operation Solomon to airlift Ethiopian Jews to Israel in 1991. 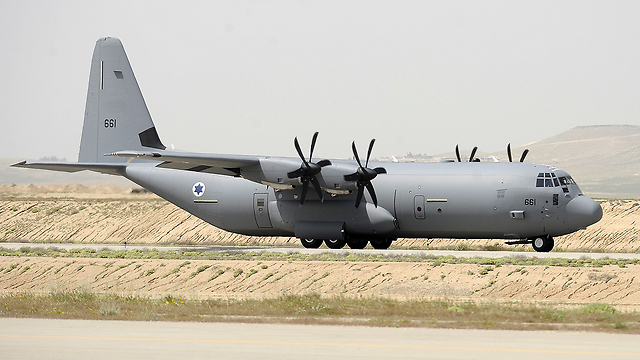 The current “Samson” aircraft is able to fly at faster speeds, higher altitudes and carry more weight. It allows for an improved carrying capacity, holding 94 paratroopers instead of the 64 paratroopers that the former version carried, and their equipment. Alternatively, the cargo hold can accommodate four military SUV’s instead of three, or transport 128 soldiers, according to the IAF website.

“The more cargo a plane is able to take, the fewer trips that are necessary to accumulate power on the battlefield,” explained Lieutenant Colonel Uri on the IAF website. 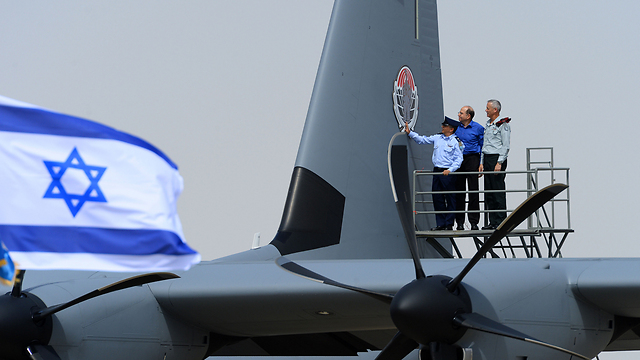 Defense minister, with IAF commander (Photo: IDF)
In addition, Israeli-made computer systems will be added to the plane, providing it with exclusive capabilities and making it stand out from other Hercules planes around the world. According to the IAF, the new plane will work closely with ground forces. “The plan will mostly work with ground forces and to their benefit: it will transport forces, rescue them and know how to execute transport and supply missions for them with a degree of efficiency and safety,” said Lieutenant Colonel Uri on the IAF website. Once the “Samson” undergoes test flights, the air crews of the IAF’s Elephants squadron will begin training on it, integrating the plane into the IAF aircraft fleet.   “For several months now, the future pilots of these massive planes have been training in flight simulators in the U.S. and Italy in order to familiarize themselves with its technological and operational innovations,” said Colonel A, the deputy commander of the IDF unit in charge of the “Samson” in a report on the official IDF blog.

The Hebrew name for the plane, Shimshon, is named after the biblical hero, Samson, the counterpart to its foreign name Hercules.

Article by Anav Silverman, for the Tazpit News Agency