Majd Kayyal, editor of human rights organization Adalah's website, says he went to Lebanon to attend an event marking 40 years since the formation of newspaper 'Al-Safir'; was in solitary confinement since Saturday.

Journalist and political activist Majd Kayyal has been under Shin Bet arrest since Saturday on suspicion he contacted foreign agents in Lebanon and was recruited by an enemy group.


The arrest was revealed Thursday after the Haifa Magistrate's Court removed the gag order on the case. Kayyal was not even allowed to meet with his attorney until early Thursday morning.

In recent days, many political and social organizations condemned the arrest, and a support rally for Kayyal was planned for Thursday evening in the German Colony in Haifa.

Kayyal, 23, the editor of the human rights website Adalah - The Legal Center for Arab Minority Rights in Israel, left the country on March 23 and was arrested upon his return at the Sheikh Hussein border crossing between Israel and Jordan.

The Shin Bet suspects Kayyal was recruited by an enemy organization in Lebanon working against Israel.

His investigation revealed he was aware of the fact he was acting against the law when he entered an enemy state and that Palestinian officials in the West Bank gave Kayyal Palestinian travel documents that allowed him to enter Lebanon through Jordan. 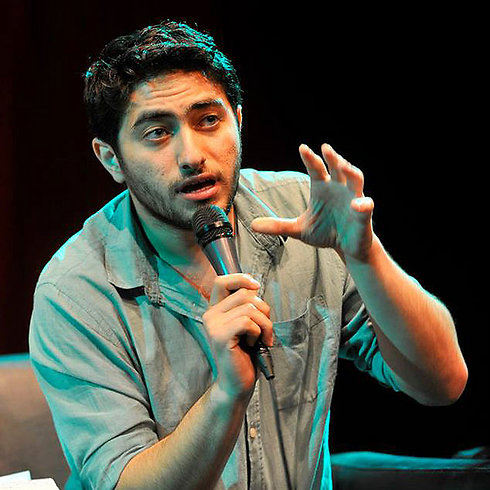 According to him, he went to Lebanon to join a conference marking 40 years to the formation of the As-Safir newspaper, where he regularly writes about the Palestinian issue.

His arrest was remanded until next Tuesday.

While Kayyal was arrested on suspicion of being recruited by a militant organization, the Shin Bet said it dropped that suspicion, and is considering indicting him for traveling to Lebanon, considered by Israel as an enemy state.

The Shit Bet added that despite the fact Kayyal is said to be a journalist, he does not have an official press pass from the government press office.

Shin Bet investigators initially thought Kayyal tried to cover up his visit to Beirut, and wrote an article titled "I dreamed that I was in Lebanon." But following that he did a "check in" on his Facebook page in Beirut. Kiyyal, who has a BA's degree in philosophy and political sciences, is considered one of the leading figures in the protest against the Prawer Plan for Bedouin settlement in the Negev. He was called in for questioning several times because of his political activities. The gag order was removed following a request from the Adalah center, the Ilam center and several journalists from both Arab and Jewish press. The Adalah center lawyers claimed that Kayyal's investigation focused on his stay in Lebanon. According to Kayyal, he never hid his intentions to visit Beirut, and made many posts about his attendance at the conference. The lawyers added that during the past few days, Kayyal was held in a windowless dungeon, without a bed and with the lights turned on 24/7.

Suhair Badarne, Kayyal's mother, told Ynet on Wednesday: "I was in Jordan on the day he returned from Beirut. I met him there and we arrived at the border crossing together. There he was arrested and I was detained by security forces who asked me questions, looked through my luggage and eventually released me. He only decided to go to Beirut after receiving an invitation to attend the conference. If a Jewish reporter entered Lebanon or Syria, no one would suspect him. 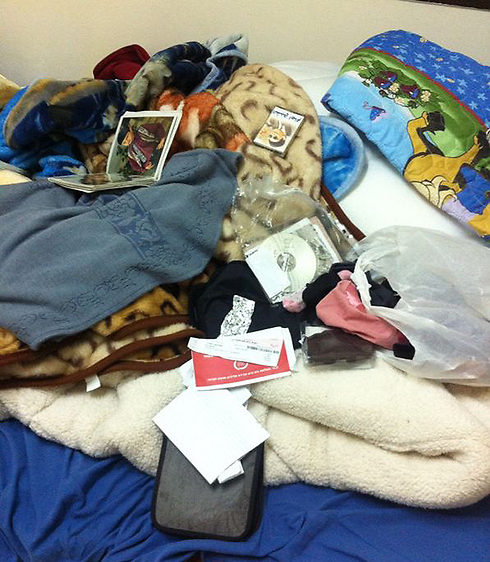 Mess left after the search conducted at Kayyal's house.
"Police forces arrived at my house this week and started searching every corner, going through my personal belongings. They made a mess and left. I asked them what was going on with my son but they didn't answer. I haven't seen him since he got arrested. My son hasn't been arrested, he was kidnapped. He didn't do anything unusual and it doesn't make sense that they don't allow me and his attorney see him." "I'm proud of my son and encourage him in every step he makes. He wanted to realize his dream. The state (of Israel) is trying to ruin his life at any cost. We will not stand idly by. We will keep fighting until my son is released."

Kayyal was arrested in November 2011 near the beach while taking part in a mini-flotilla of two boats with a total of 26 activists - mostly foreign - who were seeking to reach the Gaza Strip.

After the Navy took over the flotilla, Kayyal told Ynet: "The Israeli forces treated us with aggression and without mercy. They threatened us and took all of us off the ship. The Navy essentially kidnapped us."

Roi Kais and Yoav Zitun contributed to this report.