The heads of the "theater" in Israel's Military Intelligence Research and Analysis Division
Photo: Yaron Brener

Part 2/2 of special Ynet interview with the heads of the research and analysis divisions in the Military Intelligence's four 'theaters' about the challenges and threats facing Israel.

The second part of Ron Ben-Yishai's conversation with the four heads of Israeli Military Intelligence research and analysis division. Click here for the first part - in which two "theater" commanders discuss Egypt and Jordan, and the Palestinians. Here, Roi and Dudi discuss the challenges posed by Hezbollah and Lebanon, and the regional as a whole.

Roi: There's no doubt that the most important event has been Hezbollah's involvement in Syria's civil war. This didn't begin last year, but it has grown. In the coming months or year, we'll look at the implications of this involvement on stability in Lebanon. This is important because the breakdown of order in Lebanon comes with the potential for very dramatic regional change, and this of course would be radiate outwards to us.

Already today a significant part of the Global Jihad that we see in Syria is spilling over to Lebanon. According to a UN report, there are hundreds of thousands of Syrian refugees inside Lebanon today. I'd like to remind you that Lebanon is a country of four million and something residents, who have to live with close to one million Syrian refugees.

What could happen as a result of this?

Roi: A shift in the ethnic ratios in Lebanon between Sunni and Shia Muslims. But for the most part I'm mainly concerned about the phenomenon of the Jihadist fighter and the Salafist Jihadist entering Lebanon and taking part in unprecedented activities. Who would ever have imagined that a car bomb would explode next to the Iranian embassy in the heart of Beirut? Who would ever have thought to fire rockets at Shi'ite towns in the Bekaa Valley… who has ever dared do that to Hezbollah?

And the implications for us?

Roi: The trickle of Global Jihad along our borders may very well increase the threat level. This is relevant to our northern front in general, and most certainly the border with Lebanon, which has been stable up to this point. Now we are beginning to see attempts to engage forces on the northern front, the Golan Heights and of course Har Dov, and this will only expand.

Did support for Shi'ite Hezbollah diminish following the deaths of hundreds in Syria?

Roi: Our impression at least is that the relationship between the organization and the community from which it comes, on which it leans, is still tight and strong.

I understand that Hezbollah has financial issues.

Roi: Yes of course. Funding problems just like the rest of us. The sanctions against Iran, Iranian aid to Assad and the war in Syria affect Hezbollah's funds.

Dudi: I will try to connect the things that my colleagues have said here. Firstly, the problem of a lack of governance exists in the region in a very obvious way. This manifests itself in the low level of personal security for civilians, and also the fact that the government is incapable of meet economic needs, creating discontent and unrest that is pushed into violence. Countries are close to collapse. Whether it's Syria, Libya or Iraq, or whether they are areas inside countries, like Sinai, where there is a struggle for control. It's one, very clear breaking point.

Secondly is the Shiite-Sunni divide. This division has always existed, but at the moment it is very significant. It's not just of religious nature, but also strategic. Among the warring parties in Syria, for example, we can see major actors on both sides, such as Iran and Saudi Arabia, trading blows.

The third issue is the rise and eventual weakening of political Islam. This phenomenon was very obvious in Egypt with the rise of the Muslim Brotherhood, which fell after a year. But there are other movements with a political agenda and an ideology of social religion. The trend for the rise of these movements has been growing weaker lately. 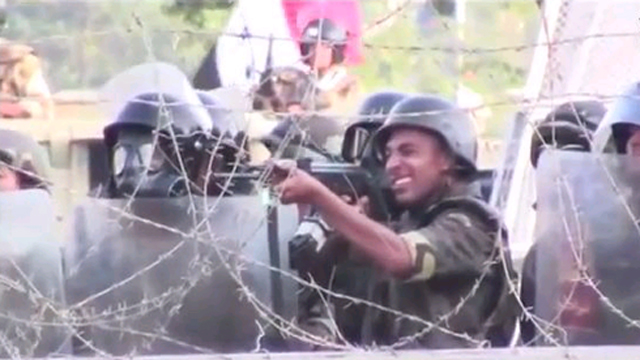 These three subjects bring an unprecedented spread and intensification of Global Jihad, which is a direct threat to Israel.

Dudi didn't say so in as many words, but Hamas is part of the flow of political Islam, and in Israel there are fears that if the movement continues to weaken in Gaza, there will be radicalization there too. In effect, this is already happening.

Dudi: There are some who would argue that the threat of Global Jihad will destroy itself as a result of conflicts and in-fighting such as can be found in Syria. But this approach underestimates the size of the threat. For them, we represent a common cause of war for which they could join forces again. So we will be the first to bleed as a result. Even when Jihadists fight Jihadists we can expect to find ourselves in the center of the equation.

Can you point to some direction in which the Middle East is headed as a result of "The Turbulence", which has now lasted for three years? In addition to the primary conflict between the Assad regime and the Sunnis, there are quite a few clashes between other forces which intersect and torpedo each other, not to mention the involvement of external powers... Can you make some kind of sense of this picture?

The simple answer is no. Some of the Gulf States reject the Iranian story, but also oppose the subject of the MB (Muslim Brotherhood), and then this leads to all of the conflicts that you mentioned. There is no one way to describe it, because if we try to grasp it from one point of view, then we are likely to misunderstand the complexity of the problem. The conclusion that we reach is that Israel functions in an environment of uncertainty and instability.

Again, there are some who will say that our level of security is actually on the rise thanks to the region's weak and conflict-torn establishments. But I think that in this situation, the more likely scenario is escalation and that's not good for us.

Do you think Assad will survive to next Passover? 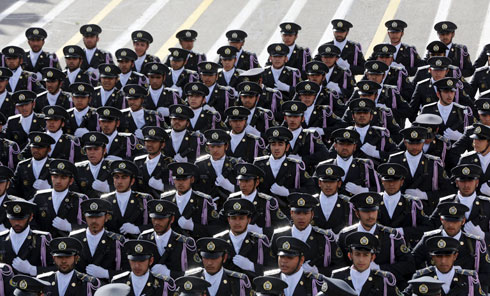 Where is Iran going?

Dudi: In Iran there is currently a power struggle between President Rouhani and his camp, and the commanders of the Revolutionary Guards and the conservative Ayatollahs. The outcome of this struggle will have an effect not just on the nuclear issue, but also on the subversion and terror that Tehran exports.

Is there already a winner in this fight?

Dudi: It's a little early to judge. On the other hand, you can clearly see that something is very different in Iran and and its leadership strategy. Without going into details, we guess that this isn't just a cosmetic change, but an essential change. But the challenge they present us with is very real. We face, and I predict that the IDF will continue to face in the future, what is known as the "war between wars". The exposure of the Klos-C is just one example of the operations carried out in the "war between wars" - one among many. It's a threat that we are dealing with and we can't live in an illusion that Iran is now seeking peace.

From my conversation with the four of you I get the impression that you can point out some kind of a shift in the coming year. Can we simply expect to see more of the same?

Michael: When talking about the Palestinians, your definition isn't bad at all. I think that there is potential that current trends will hold, but I'm an intelligence officer so I have to say this - the potential to continue these trends or to change them, in the West Bank and in Gaza, it depends also on us. The situation is very delicate. In both places by the way, the economic situation is a huge key for stability.

Dudi: There are four events that in certain ways have somewhat shaped and stabilized the very shaky situation we have had in the previous year: The return of the regime, we'll call it the "former" regime, to power in Egypt; the chemical disarmament agreement in Syria created a constellation of broad agreement among several parties; even the interim agreements between Iran and the West over nuclear issue, and also the continuation of the process with the Palestinians.

All of these are very delicate processes. But it could very well be that they will continue in interim form, with necessarily becoming permanent agreements.

It could be that there will be changes such as those Revital mentioned. But in the end, they are currently producing some relative balance in the Middle Eastern mechanism... I would be very careful. Meaning, in the very, very short term I think that there is a slightly higher level of stability than if for example you look to the beginning of 2013 or the end of 2012.

But in the long run, the instability and uncertainty will continue. What this demands is that we be prepared 24/7/365. Our challenge will be the scenario of an escalation. I believe that we can't allow ourselves to look at this reality as one that will solve all our problems and think that the coming storm will pass us by.


פרסום ראשון: 04.21.14, 00:13
commentsend to friendshareshare
See all talkbacks Close all talkbacks
new comment
Next
Previous
Warning:
This will delete your current comment
cancelOk