Iran will start cutting gasoline subsidies this week, an official said on Monday, a move that will test President Hassan Rouhani's public support as higher petrol prices add to inflation in a country already squeezed by economic sanctions.

The amount of the subsidy cut – and the corresponding rise in fuel prices – has yet to be announced, but it comes as Rouhani is under criticism from hardline rivals who oppose a cautious thaw in ties with the West that he has pursued since his election in 2013.

The subsidy cuts – a long-standing policy that pre-dates Rouhani's time in office – are aimed at freeing up government money for infrastructure investment, reducing state borrowing from banks so they can lend more to the private sector, and to encourage energy efficiency.

A previous subsidy cut, implemented by his predecessor, Mahmoud Ahmadinejad, contributed to a big increase in inflation which, along with sanctions imposed by the United States and Europe over Iran's nuclear programme, rose to more than 40 percent.

Rouhani says tackling inflation is a priority, and the rate has dropped below 35 percent as his administration introduced more conservative monetary and fiscal policies. But, temporarily at least, subsidy reform could undo that.

Iranian Vice-President Mohammed Shariatmadari was quoted by the official IRNA news agency as saying: "The new gasoline prices will be announced within two or three days." 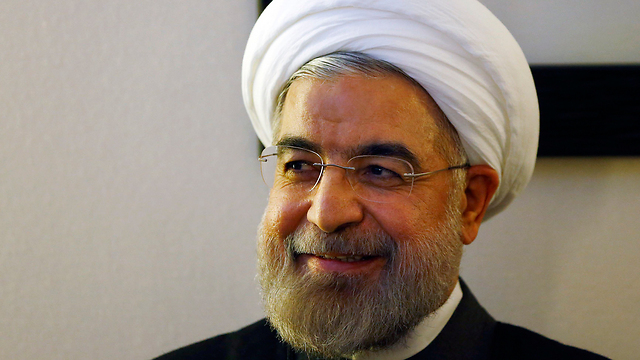 Rouhani was reported by IRNA as saying the increases would be gradual.

"Due to inflation, we have made sure prices will increase gradually, so as to not worsen inflation," he said.

In an apparent reference to political opponents who might see the price rises as an opportunity to undermine him, Rouhani asked citizens to be "alert."

"Some people might take advantage, or abuse the rise in prices, to instil fear in the public by giving them inaccurate information," he said, according to IRNA.

Rouhani's first attempt at implementing subsidy reform was a disaster, and he is determined to prevent a repeat.

In February, his government partially replaced cash subsidies with food handouts. Images of people waiting hours for a few bags of groceries tarnished Rouhani's image as a competent manager and left him vulnerable to attacks from hardliners.

The criticism was so widespread Rouhani issued a public apology on state TV.

Motorists with the right to subsidised gasoline receive 60 litres a month at the price of 4,000 Iranian rials ($0.16) a litre, or $0.61 a gallon, using the central bank's official exchange rate.