31-year-old Dafna Birsden had been working for the UN in Southeast Asia country; police investigating possibility of botched robbery.

A Dutch-Israeli woman living in Cambodia was stabbed to death at her home in Phnom Penh on Monday. Dutch-born Dafna Birsden's 18-month-old daughter was also attacked critically wounded.

Police are investigating whether the attack was a botched robbery.

Birsden, 31, had been in Cambodia for six months, working for the United Nations along with her partner, who is also a UN employee. The two were working as climate and city planning consultants.

The babysitter for Birsden's daughter arrived at the family's rented home and found her body lying on the floor next to the wounded baby. The sitter's screams alerted neighbors, who called the police.

According to a report by the local newspaper, Birsden's partner had left the city a day before on a business trip. The report also said that Birsden had been stabbed six times with a sharp metal object, most likely a screwdriver or a metal nail file that had not yet been located. 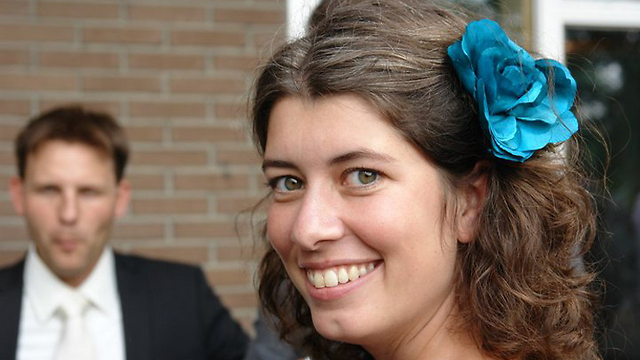 Dafna Birsden
Birsden's daughter, Dana, had been stabbed several times by the same implement, and was transferred to a Thai hospital for treatment.  "Dafna was a giving person who always had a smile on her face. She was a good person who really wanted to make the world a better place. She would make occasional visits to Israel and her Hebrew was flawless. We are all absolutely crushed," said a family member living in Haifa.

The relative said that the UN had flown the Birsden's family from the Netherlands to Cambodia and then to Thailand, where the baby had undergone surgery Tuesday for head wounds.