Number of people who made aliyah in the past year stood at nearly 24,000.
Photo: Shutterstock

Israeli population grew by 157,000 since last Independence Day; Number of people who made aliyah in the past year stood at nearly 24,000.

Israel will celebrate its 66th Independence Day with 8,180,000 citizens, according to an annual demographics report published Thursday. 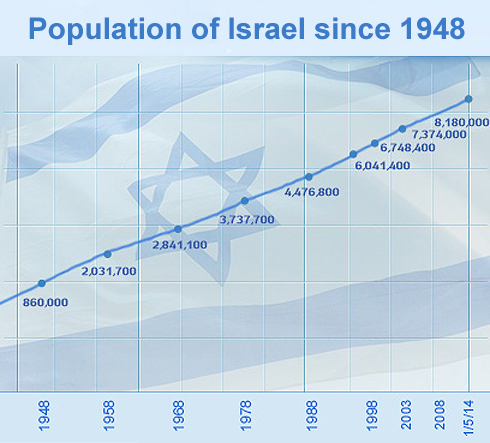 At the end of 2012, about 75 percent of the Jewish population was "sabra" – natives of Israel, at least half of whom are second generation – compared to 35 percent in 1948.

The entire founding population of the nascent state numbered at 806,000 residents.

In that pivotal year, there was only one city in Israel with over 100,000 residents – Tel Aviv-Jaffa.