Netanyahu on a flight to the US

Ministers will vote on plan to build adjoining office, residence for prime minister; plane to be purchased for use of president and PM.

Government ministers are expected to approve a plan to build a new residence and office for the prime minister, at a cost of NIS 650 million. The ministers will also be expected to approve the purchase of a plane for the offices of the prime minister and president at a cost of NIS 50-70 million – as recommended by a public committee chaired by (ret.) Supreme Court Judge Eliezer Goldberg.

The Defense Ministry will head the project and the Air Force will take charge of the plane's operations.

The new Prime Minister's Residence (Almog Project) will be built on a planned site at the government complex in Jerusalem. During his second term, Prime Minister Benjamin Netanyahu halted the construction of the project. 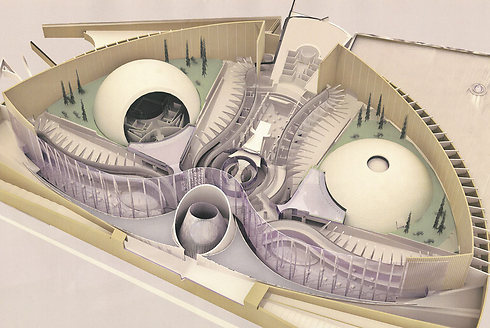 Visualization of potential Prime Minister's Office and Residence from 2009

The new plan expected to pass is smaller in size than the original Almog Project, yet the projected cost exceeds the original's estimate – NIS 650 million, not including the cost of furnishing and communications equipment.

Finance Minister Yair Lapid wrote an official opinion against the recommendations of the committee, but the plan is still expected to be approved. The committee determined that it was necessary for the office and residence of the prime minister to be in close proximity, to assure continuity of the command chain in case of emergency.

The committee recommended the residence make up only 11 percent of the total land of the compound.

Financial reports reviewed by the committee revealed that, on average, the two Israeli leaders spend NIS 19 million per year, with the prime minister chartering a private plane for his travels and the president flying commercial in first class. 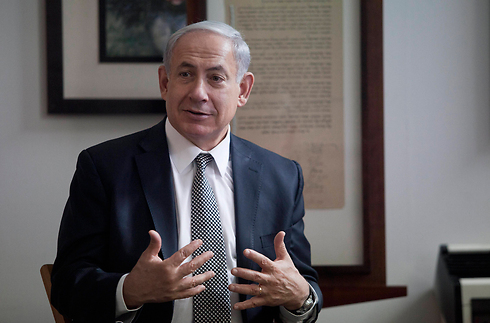 The director of the President's Residence, Efrat Duvdevani, told the committee that the president's current travel arrangements result in embarrassing situations.

For example, when the plane arrives at the destination, the president disembarks first at a state ceremony on the runway, while the rest of the passengers are delayed and only allowed off the plane during the ceremony "carrying their bags and suitcases. It's very embarrassing. "

She also testified that a number of countries had sent their private planes to fly the president to their events.

"We are not a third world country. We do not need the charity of other states who send us their planes. It doesn't look good," said Duvdevani. She explained that any person who buys a first class ticket has a chance to sit next to the president and read the documents the president reviews before his meetings.

"He is just missing for 15 hours. The prime minister can't speak to foreign leaders or receive updates. He is disconnected from the world."