Israel today – the state of the nation

Ynet poll of the population to coincide with Independence Day shows that less than 30% think Israel is heading in the right direction, while a little of 50% believe the West hates Israel. 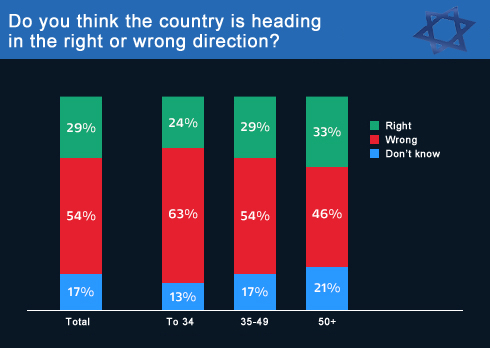 Among adults aged 50 and older, feelings were a little more positive, but among young people under the age of 34, feelings were much more pessimistic.

Those aged 50 and over were asked whether they give any form of financial assistance to their children over the age of 18. Of those asked, 58% answered in the affirmative, with a significant percentage offering assistance on a regular basis. 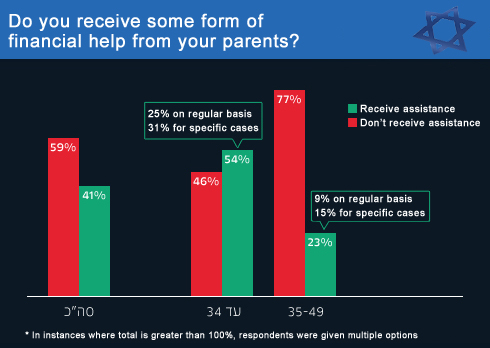 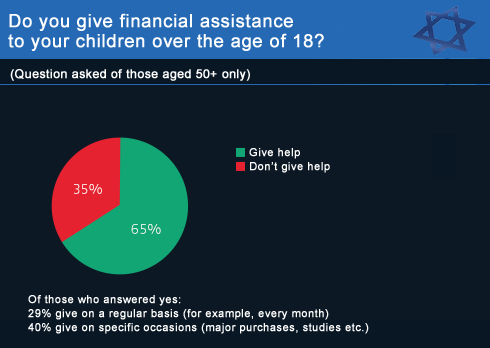 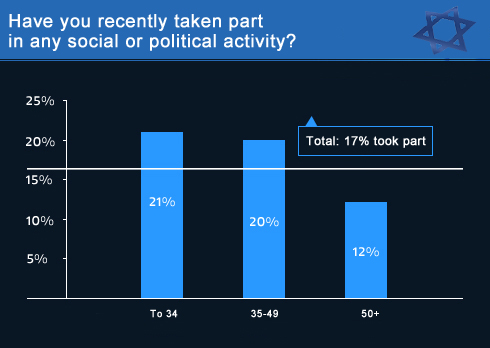 Just 17 percent of Israelis participated in political or social activity last year, the majority of them from the younger age brackets.

Five percent of respondents said they had participated in at least one demonstration, 3% had signed a petition or political statement, while 3% had met with a political figure and 2% were members of a political party. This question showed no significant differences between men and women in terms of political activity. 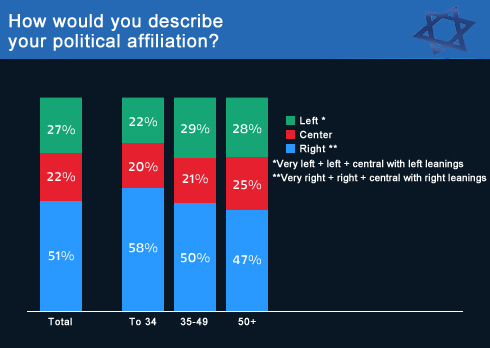 Is the Western world against Israel? 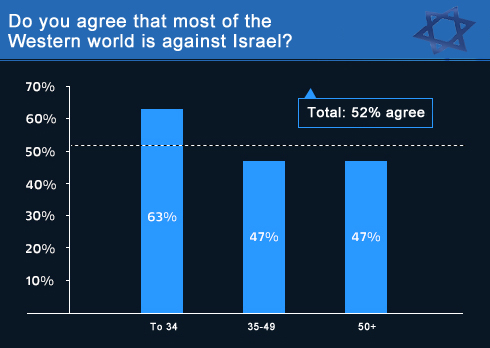 "The world is against us all," wrote Israeli poet Yoram Taharlev 45 years ago, and about Israelis of today still hold this to be true. Fifty-two percent of respondents agreed with the sentence – a figure which rose to 63% among young people, compared to 47% in the 50 and over bracket. Furthermore, more women than men agree that most of the Western world against us - 58% and 45% respectively. 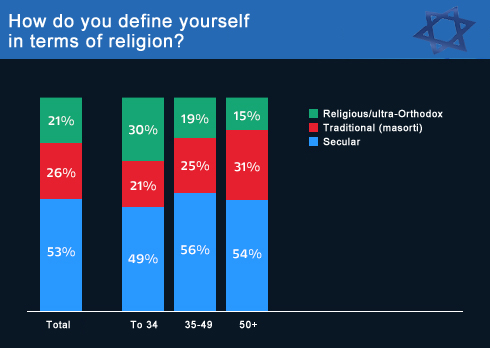 The high percentage of haredim and religious among those aged 34 and under is due to the greater number of children in religious and haredi families than in secular families.

The poll was conducted by the Rafi Smith Institute for Ynet between April 24 and 28, 2014. The poll included a representative sample of 500 members of Israel's adult Jewish population, and has a margin of error of 4.5%.