IAI-developed radar has greater range than its predecessors, can distinguish between enemy and friendly ships, detect multiple targets simultaneously.

Israel's navy has a new weapon in the fight against threats from Syria and Hezbollah. Its newly installed "MF-STAR" radar system is designed to counter the Yakhont (S-800) anti-ship missiles used by both.

The IDF says that the radar, manufactured by Israel Aerospace Industries (IAI), has a greater range in comparison to the previous generation of systems, can mark more targets at once, and detect enemy ships hiding among dozens of friendly or non-combatant vessels.

The radar, installed on one of the Navy's Sa'ar 5-class corvettes, should be able to gather intelligence of higher quality, even far out at sea and thousands of kilometers west of Israel.

Within the next several years, the "MF-STAR" will be installed on the rest of the squadron's ships.

"It will be declared operational in the next few weeks; this is considered a breakthrough," a senior Navy source told Ynet. "Even today, we can see that its performance, including the detection of multiple targets simultaneously, is better than we had imagined." 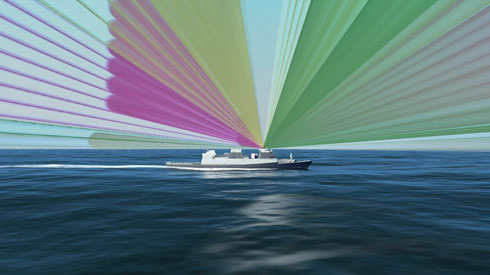 The new radar "gazes" at a coverage area by using a digital system employing four boards installed at the upper part of a ship's deck. "The new radar can detect and handle sea, air and land targets, including missiles and enemy aircraft," the Navy source said. 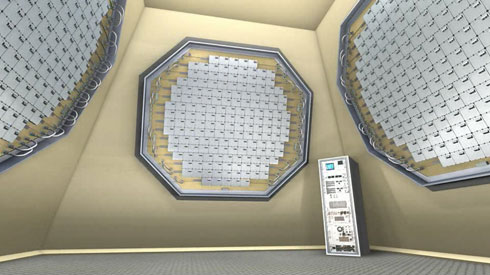 The installation of the new system was carried out at the naval shipyard in Haifa, and included the construction of the radar's base and missile launchers – a move that increased the weight of the ship by many tons. The next step will be installing new "Barak" missiles, which are being developed by the IAI, and are expected to be completed in the coming year.

The "Barak" missiles will provide efficient spatial defense from maritime or land threats, and will be able to protect coastal strips from far out at sea, similar to the Iron Dome capabilities, but with larger, more accurate missiles. According to Israeli security sources, the new radar, along with the "Barak" missiles, will be able to respond to the threat of the Russian-made Yakhont (S-800) anti-ship missiles, used by the Syrian army, and that the IDF says have been transferred to Hezbollah forces as well. The missiles could paralyze most of the coastal strip, including Ashdod port, as they are difficult to detect.

However, navy officials believe that they will be able to adequately handle the threat posed by the missiles.

"The Yakhont is a supersonic missile that can cruise freely at a low altitude, but we have good coping mechanisms, including the use of the "MF-STAR" system, which will help in the response to the Yakhonts", a naval official said.