Women, men, marched through Tel Aviv on Friday to protest prevalence of 'rape culture', objectification of women in Israeli society.

Hundreds of men and women marched through the streets of center Tel Aviv on Friday as part of the SlutWalk global protest, demonstrating against the "rape culture" they claim is prevalent in Israeli society.

"People tend to focus on the behavior of the woman in cases of violence, and not on those who actually commited the act of violence itself," explained Tzippy Eran, one of the organizers of the Tel Aviv SlutWalk, held in the city for its third consecutive year.

"It's made through all sorts of excuses: 'What was she wearing?', 'How much did she drink?', 'What did she look like?', and that's called blaming the victim, and it is not right," Eran continued.

According to the demonstrators, police officers had asked them to cover themselves up during the protest, while a man standing next to them was not requested to do so. "This is a really good example; a man is allowed to wear whatever he wants," they said. 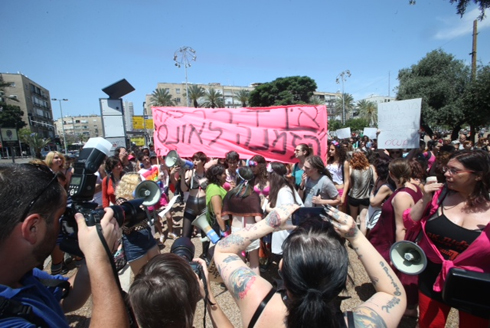 'There's no such thing as invitation for rape' (Photo: Motti Kimchi) 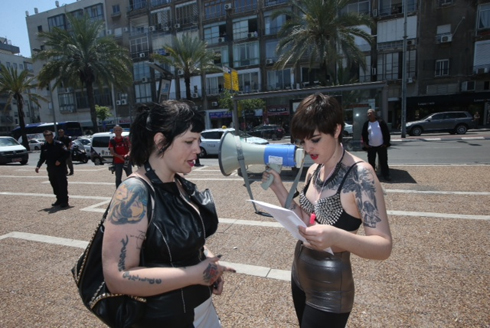 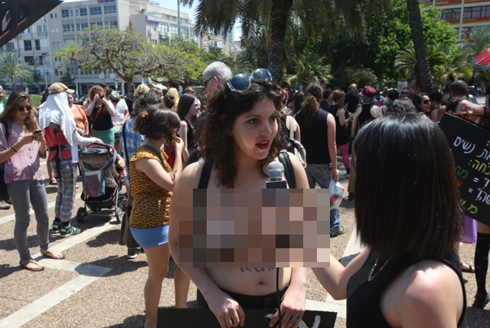 "Women from all sectors of society came to the protest to say that we will not agree to this anymore. We want to live in a society where violence is prohibited," Eran stressed. "I want people to understand that everyone contributes to this type of culture, even if not intentionally, through stereotypes and objectification of women," she added. 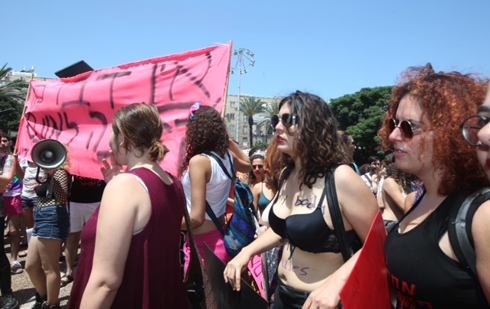 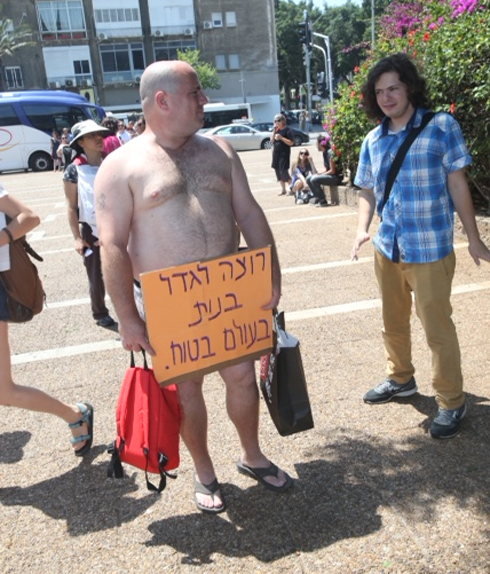 I want to raise my girls in a safe world' (Photo: Motti Kimchi')

One of the protestors, Hamutal Sonag, said: "I came here today because I feel that women's sexuality is being demonized. People perceive sexual women as criminals, and when they are attacked, they are the ones to be blamed.

"Women are not free to walk on the streets wearing clothes they feel comfortable in….without getting comments about their appearance or sexual suggestions. This isn't a wave of hatred against men, but men should learn that what they're doing greatly harms both women and them," Sonag added.

Motti Kimchi contributed to this report.