Three killed in shooting outside Jewish Museum in Brussels

Gunman kills three in central Brussels shooting spree near Jewish Museum; Belgium interior minister, who was at scene, claims: 'It is likely that this is an anti-Semitic attack'; one suspect arrested.

Three people were killed Saturday afternoon and one seriously wounded in a shooting outside the Jewish Museum in central Brussels, Belgium, in what is likely an anti-Semitic attack. One suspect was arrested.

According to local report, three people died and another was seriously wounded during the shootout Saturday, around 3:50 pm local time, at the Sablon in Brussels. According to a La Libre report, twelve people suffered shocked and a fourth victim is in critical condition.

Two senior Belgium minister were in the area, Foreign Minister Didier Reynders and Interior Minister Joëlle Milquet. According to the latter, "it is likely that this is an anti-Semitic attack."

Julien Klener, who heads the Consistoire Central Israèlite de Belgique, the official Jewish umbrella organization representing Judaism and local Jewish communities in the country, told media that "there have been recent threats to the Jewish Museum." 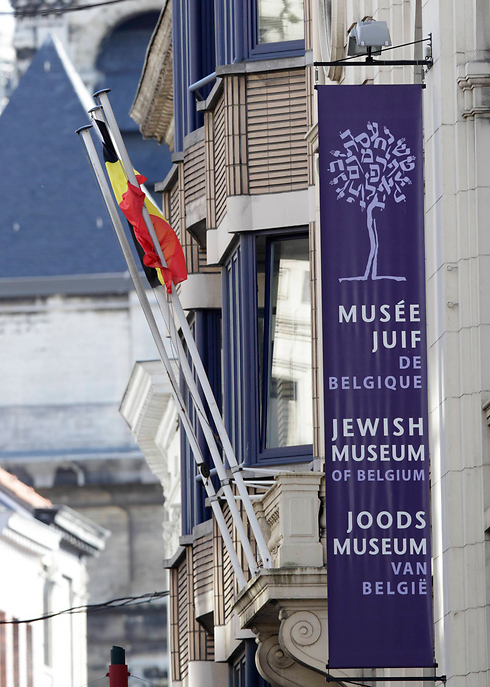 "This is a terrorist act, the assassin entered a Jewish museum deliberately," President of the Belgian League Against Antisemitism (LBCA) Joel Rubinfeld told the AFP.

"He killed three people, wounded one, with a car waiting nearby," added Rubinfeld, claiming that as of late there has been a rise in anti-Semitic rhetoric, and according to him, such an event "is the inevitable result of a climate which distils hatred."

About half of Belgium's 42,000-strong Jewish community lives in Brussels.

Security around all Jewish institutions in the country has been raised to the highest level, and Prime Minister Elio Di Rupo was meeting with police and senior officials to discuss the situation. 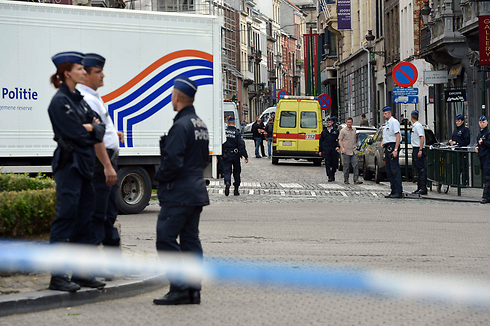 A spokesman for the Brussels fire brigade said the shooter drove up to the museum, went inside and fired shots.

"According to the information we have at the moment, it was a solitary shooter and it seems to have happened inside the museum," Pierre Meys, Brussels fire brigade spokesman, told French channel BFM TV.

Police cordoned off the area, a busy tourist district in central Brussels packed with cafes, restaurants and antique furniture shops.

According to the La Libre report, a man drew up to the museum in an Audi, exited the car and opened fire. He then reportedly reentered the car and fled the scene.

The report further claimed that two women and one man were killed in the attack, the identity of the victims were confirmed by the Brussels police commander Guido Van Wymersch. 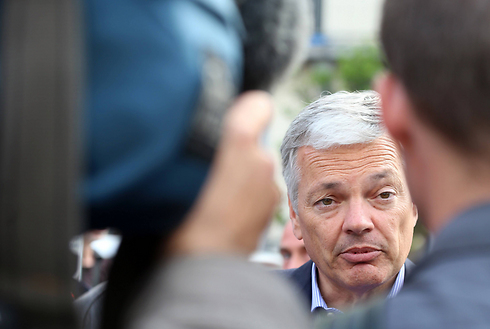 Belgian FM Reynders: Shocked by the killings at the Jewish Museum (Photo: AFP)

Van Wymersch said one suspect was detained after he drove away from the museum around the time of the attack. A second person suspected of being implicated apparently walked away from the scene.

Milquet said anti-terror measures were immediately heightened. "We decided to apply to a maximum level of protection to Jewish sites," she said.

"I heard the shots , I ran and I saw the body on the ground," Minister Reynders reportedly told La Libre. Reynders tweeted that he was "Shocked by the killings at the Jewish Museum, I think of the victims I saw on site and their families."

Reynders said that "you cannot help to think that when we see a Jewish museum, you think of an anti-Semitic act. But the investigation will have to show the causes."

A witness, Alain Sobotik, told AFP that he saw "two bodies" in the lobby of the museum. "There was a young woman with blood on her head. She was still holding a folder in her hands, it was like a tourist," said the witness, reached by telephone.