Day after reading from Torah at the Sephardic Synagogue in Sighet, Romania, the first train to Auschwitz arrived and took 3,000 Jews to their death - now, 70 years later, survivors return.

Holocaust survivors from the town of Sighet-Maramures in Romania arrived with their descendants last week to the Sephardic Synagogue in Sighet to mark 70th anniversary to the deportation of the city's Jewish community to Auschwitz.

It has been 70 years since the last time hundreds of Jews read from the Torah at the Sephardic synagogue in Sighet, and the day after that reading seven decades ago, the first train to Auschwitz left with 3,000 Jews on it. Within seven days four more such trains left the town, and the entire Jewish community had vanished. Today, one can count on a single hand the number of Jews left in Sighet.

The survivors read parashat Bechukotai just as they did 70 years ago. On Friday evening last week the survivors gathered In the Synagogue to sing the same song sung by the Jews before they were deported, and on Saturday evening they lit a candle in their memory at the city's train station which seemed frozen in time since 1944. 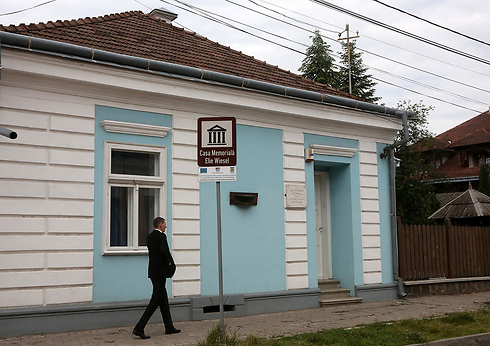 Almost 47 percent of Sighet were Jews. In the books of the most famous survivor of Sighet, Nobel Laureate and author Elie Wiesel, it was claimed that due to the large number of Jews in the city, the Shabbat atmosphere made an impact on the non-Jewish people as well as Jews.

"This Saturday I felt the Shabbat's special atmosphere for the first time; the people came out of the synagogue and crowded the streets. It was an emotional event for me, as if the city had come back to life. I could see in my mind how things looked back then," said Alina Marichman, who manages the museum in Elie Wiesel's childhood home and now also runs the a teaching center founded by Limmud FSU at the house's basement. 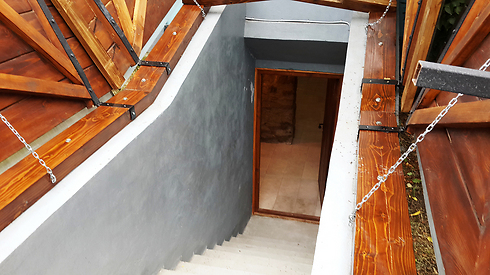 Sighet Mayor Ovidiu Nemes, who works to promote the commemoration of the city's Jewish community, said the absence of the Jewish community continues to affect the city until this very day.

"70 years ago four trains left the city, each carried 3000 thousand Jews – and we are still waiting for them to return, this city would never be the same without them," said Nemes.

At Nemes's encouragement, Limmud FSU and the Claims Conference had been renovating the Wiesel home basement, which was used as a wine cellar, to establish a study center.

A contribution of rare photographs was made to the center documenting the expulsion of the Jews from Sighet. The photos show the Jews march the streets to the train station and the boarding to the train cars.

The founder of Limmud FSU, Chaim Chesler, said that "the basement completes the museum. While the house deals with Jewish living, the basement deals with their annihilation. We have unique photos of the train cars used to send Sighet Jews to Auschwitz," said Chesler.

"The difference and uniqueness of the basement is that unlike other museums it is mainly intended for the local population, schools and universities. Students will visit the museum and learn about Sighet's greatest disaster in order that something like this will never happen again," added Chesler.

Later on in the day, a video conference call was held with Elie Wiesel himself. Among the participants were Wiesel's childhood friend, Herman Kahan from Norway and Prof. David Weiss Halivni. The three were were close childhood friends until they were separated and sent to Auschwitz.

Kahan was enthusiastic about the Jews' return to Sighet, even if it was just for the weekend. "I wish more survivors would be here today. The events that took place on Saturday and Sunday were therapeutic for us. I am convinced 100 percent now that life goes on – Jewish life goes on.

"I think it's fantastic that the survivors' second and third generation come here to discover its roots. I have been walking the streets, looking at the houses and reminiscing about who lived there and about my childhood friends who studied with me at the yeshiva. I don't focus on the tragedies and pogroms," added Kahan.

A sense of victory

In the corridors of Sighet's City Hall, a photo exhibition of the victims and their families and a signboard with all the names of all the Jewish families that lived in Sighet was inaugurated. Ronit Bergman from Yuvalim, a community in the north, came to Sighet with her daughter.

"It's emotionally complicated to walk the streets they walked in, to march to the train station and realize this was my grandparents' last walk – the grandparents I never had," said Bergman.

"On the other hand, there is a sense of strength that what was left of the family had survived and evolved into something significant. It's a sense of victory and pride that after all, they managed to raise a wonderful family," added Bergman.

Tzipora Rosenfeld from Haifa brought to the gathering a picture of her father and his two brothers, that one of them was shot when trying to escape the train.

"They took the picture before the war, and when the Holocaust was over my father returned to the city and asked the photographer to develop the picture – this was their last picture and the only picture they had together.

Her parents wouldn't tell her what they went through during the Holocaust, but years later her mother agreed to tell her story to her grandchildren. "She agreed to tell them after they returned from a trip to Poland.

On the tape they used to record her it was written 'mother can't hear this'. But even though she refused to tell us, her children, we picked up things throughout the years; her nightmares in the middle of the night and the sad songs she used to sing to us," said Rosenfeld.