Saudi Arabian publishing house sparks storm of protest after publishing book by Israeli researcher, with critics slamming move as 'a form of cultural normalization with the Zionist enemy.'

A Saudi-owned publishing house called "Madarak", based in Dubai, sparked a torrent of outrage in Saudi Arabia in recent weeks, after publishing an Arabic translation of an Israeli researcher's book.

The book, titled "Saudi Arabia and the New Strategic Landscape" was written by Prof. Joshua Teitelbaum and published in English in 2010. It deals with relations between Saudi Arabia and Iran, focusing on issues related to the Israeli-Palestinian conflict.

The book's publication in the kingdom by a Saudi press house, prompted claims from media outlets that the move is in violation of Saudi Arabia's official position which opposes any type of normalization with Israel. 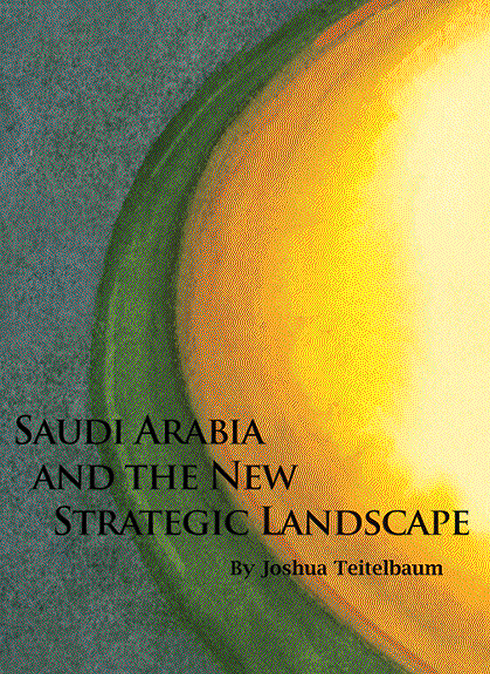 Teitelbaum is a senior lecturer at the Department of Middle Eastern Studies and a Senior Research Associate at the Begin-Sadat (BESA) Center for Strategic Studies and at Stanford.

Following the publication of the book, an online campaign was launched that harshly critiqued the "Madarak Publishing House's act of normalization". One surfer wrote: "This is a new Arabic betrayal. I wouldn't be surprised if the next generation demands the rights of our Israeli brothers."

In addition to the online campaign, Arabic media outlets known for their criticism of Saudi Arabia seized the opportunity to lash out at the Kingdom.

The Lebanese newspaper "Al Akhbar", affiliated with Hezbollah, penned a number of reports on the story, and said that Saudi journalist Saleh Al-Haider contacted the Arab Publishers Association and reproached the press house for publishing a book written by an Israeli.

According to him, this is "a form of cultural normalization with the Zionist enemy and an attempt to divert the Arab nation's compass away from the (Palestinian land) stealing entity." The journalist also demanded that measures be taken against the publishing house.

The newspaper Al-Arabi al-Jadeed, led by former Israeli MK Azmi Bashara, joined in on the criticism against the printing house and its manager, journalist Turki al-Dahlil, calling him the "studio of normalization" in an opinion piece.

The London-based "Asharq Al-Awsat" newspaper, known as a staunch supporter of the Saudi royal house, backed the publishing house, printing a piece titled "Translation of Israeli books: Cultural normalization or demand of awareness?".

The article claimed that the Arabic translation of the book indeed inspired controversy, it also promoted mutual understanding. 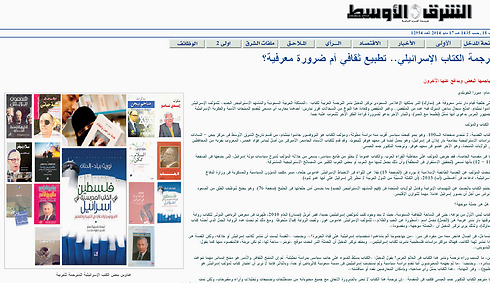 Al-dahlil, the Saudi publishing house manager, said in response to the criticism, that "what the objectors don't understand is that we're providing a stage for political research and not hosting Israelis in a Saudi city like Riyadh or Jeddah. Therefore, we don't consider the publication of a book by an Israeli author an act of normalization."

In a conversation with Ynet, Professor Teitelbaum confirmed that the book had been translated into Arabic by a Saudi publishing house. "I am pleased that the book was published. I'm glad there's debate in Saudi Arabia over Israeli and that it's an open discussion.

"I'm very glad that this is a topic that people on the street and intellectuals are discussing. This should be a fruitful discussion and I hope it improves relations between Israel and the Arab world," Teitelbaum added.