An al-Qaeda splinter group seized control of the on Tuesday, putting security forces to flight in a spectacular show of strength against the Shiite-led Baghdad government.

The capture of the northern city of 2 million by the Islamic State of Iraq and the Levant - Sunni Muslims waging sectarian war on both sides of the Iraqi-Syrian frontier - complements ISIL's grip on key western towns and followed four days of heavy fighting in Mosul and the border province of Nineveh around it.

The United States, which pulled out its troops two and a half years ago, pledged to help Iraqi leaders "push back against this aggression" as the government of Prime Minister Nuri al-Maliki asked parliament to declare a state of emergency that would give him destructive powers to tackle the crisis. But the battle, for the time being, seemed to be over. 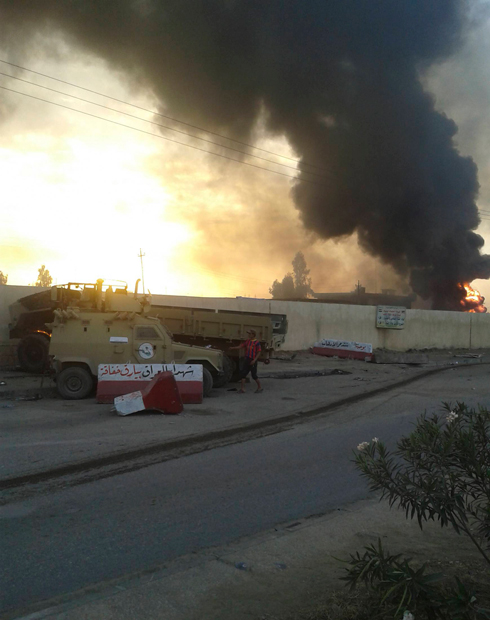 State Department spokeswoman Jen Psaki said the takeover of Iraq's second biggest city in the last 48 hours by forces from the Islamic State of Iraq and the Levant showed the deterioration of security in the country. 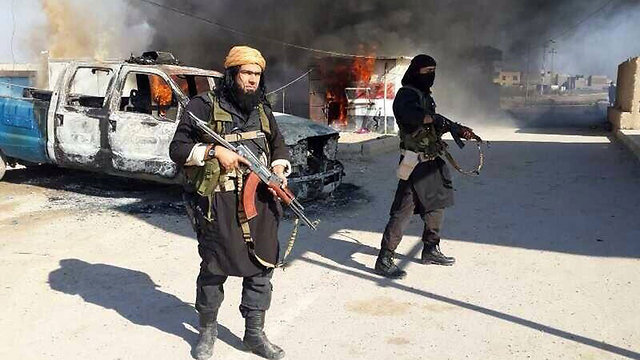 Washington has supplied large amounts of weaponry to Iraq since pulling its forces out in 2011, but Baghdad has failed to heal festering sectarian and political divisions and to curb instability spilling over from the Syrian civil war. 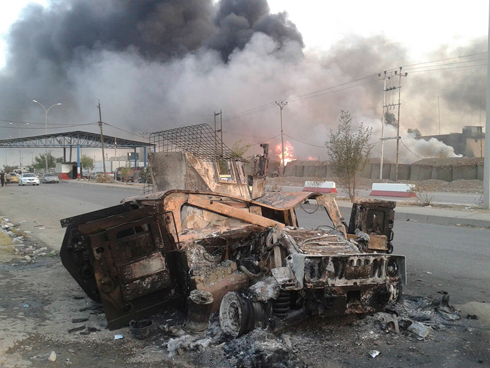 Heavy fighting in Mosul. (Photo: Reuters)
"There's no question that unity - and all sides and officials in Iraq working together - is the only way that they can be successful here," Psaki told reporters. Psaki said US officials were tracking events closely in coordination with Prime Minister Nuri al-Maliki's government and other officials, including Kurds in their semi-autonomous northern region. "The situation remains extremely serious," she said in a statement. White House spokesman Josh Earnest urged Maliki to do more to meet the needs of Iraqis who complain they are marginalized by his Shiite-led government. Republican Senator John McCain said the takeover of Mosul reflected President Barack Obama's failure to leave a US force in Iraq to help assure stability. "There's no doubt that we could have left troops behind, as we have in Korea and Germany and Bosnia, and didn't, and so it is now chaos, and so you will see greater and greater attacks and ... chaos in Iraq," McCain told reporters.

'We have lost Mosul'

Some police were discarding uniforms and weapons and fleeing a city where the black flag of ISIL now flew over government buildings.

"We have lost Mosul this morning," said a colonel at a local military command centre. "Army and police forces left their positions and ISIL terrorists are in full control.

"It's a total collapse of the security forces."

A Reuters reporter saw the bodies of soldiers and policemen, some of them mutilated, littering the streets.

"We can't beat them. We can't," one officer told Reuters. "They are well trained in street fighting and we're not. We need a whole army to drive them out of Mosul.

"They're like ghosts: they appear, strike and disappear in seconds."

The fall of Mosul, a largely Sunni Arab city after years of ethnic and sectarian fighting, deals a serious blow to Baghdad's efforts to fight Sunni militants who have regained ground and momentum in Iraq over the past year, taking Falluja and parts of Ramadi in the desert west of Baghdad at the start of the year.

Control there, in Anbar province, as well as around Mosul in the north, would help ISIL and its allies consolidate control along the barely populated frontier with Syria, where they are fighting President Bashar Assad, an ally of Shiite Iran.

A White House spokesman renewed US calls for Maliki to do more to address grievances among Iraqis, notably the once dominant Sunni minority. Many Sunnis feel disenfranchised and some have made common cause with foreign Islamist radicals, first against the US troops that overthrew Sunni dictator Saddam Hussein in 2003 and now Shi'ite-led Iraqi forces.

Thousands of families were fleeing north from Mosul, one of the great historic cities of the Middle East, towards the nearby Kurdistan region, where Iraq's ethnic Kurds have autonomy and their own large and disciplined military force, the Peshmerga.

"Mosul now is like hell. It's in flames and death is everywhere," said Amina Ibrahim, who was leaving with her children. Her husband had been killed last year, in a bombing.

ISIL posted photographs of its fighters wearing black balaclavas on its "Nineveh State" Twitter account, interspersed with verses from the Koran. The group dubbed the Mosul offensive "Enter Upon Them Through The Gates".

In a newsletter, ISIL enjoined Sunnis to join them in the fight against Maliki's "Safavid" army - a reference to the Persian dynasty that promoted Shiite Islam.