Battle over hashtag rages, as Palestinians hijack tag to promote page plight of Palestinians; IDF continues to search West Bank for Eyal Yifrach, Gil-Ad Shaer and Naftali Frenkel - presumed to be kidnapped, as Israelis use social media to garner support for cause.

Israelis across social media platforms have launched a viral campaign to help raise support and awareness for the ongoing search for three Israeli boys presumed kidnapped in the West Bank, however the hashtag soon fell prey to anti-Israeli activists.

Taking a page from the campaign launched to help find the group of Nigerian schoolgirls captured by radical terror group Boko Haram, Israelis have coined the hashtag #BringBackOurBoys - a reference to the #BringBackOurGirls tag used by the Nigerians, and managed to garner wide spread international support, with figures like US First Lady Michelle Obama tweeting her own version of the tag. 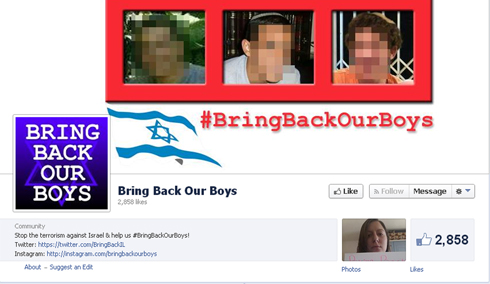 However, one of the page's organizers, Tal Bar-on wrote on Facebook that "The page was taken down", apparently in wake of a large offence to "report" the page. In its place, pro-Palestinian activists now have a similarly titled Facebook page, and much of the hashtag search leads to images of Palestinian prisoners, held in Israel as administrative prisoners.

The three – Eyal Yifrach, 19, Gil-Ad Shaer, 16, and Naftali Frenkel, 16 – have been missing since Thursday night, and a massive manhunt has been in ongoing since. The current assessment is that the boys were kidnapped, but are still alive and somewhere within the West Bank. 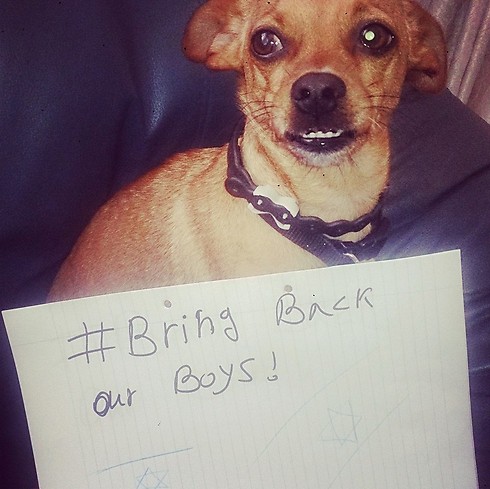 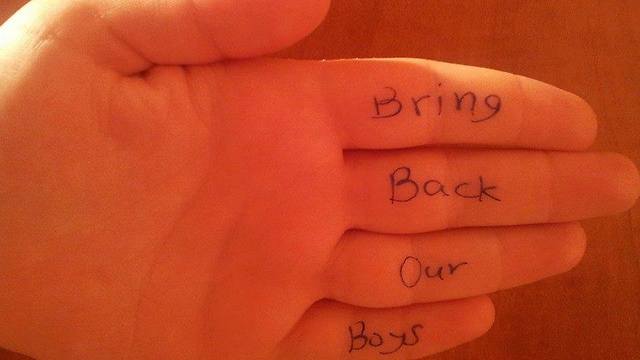