Special rescue units stationed in the West Bank were rushed to the Hebron area on Saturday where, according to police and other security sources, they focused searching through caves and wells with the help of the Paratrooper brigade as part of Operation Brother's Keeper to find three Israeli teens that were kidnapped near Hebron eight days ago. 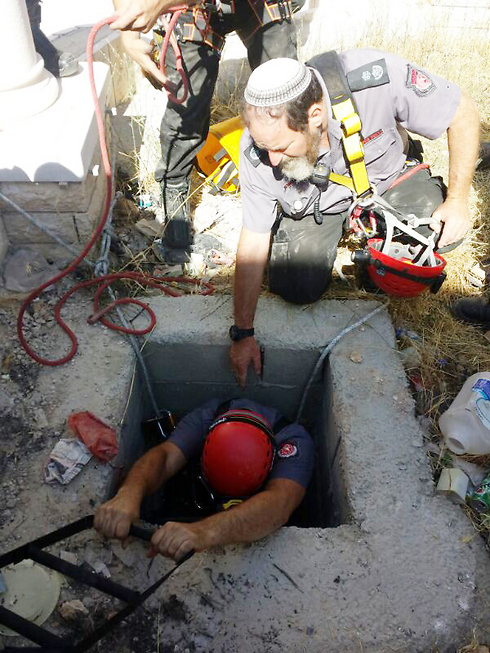 Despite the increased activity and suggestive presence of rescue units, there have not been any official or major breakthroughs in the week-long search to locate the missing boys Eyal Yifrach, Gil-Ad Shaer, and Naftali Frenkel. 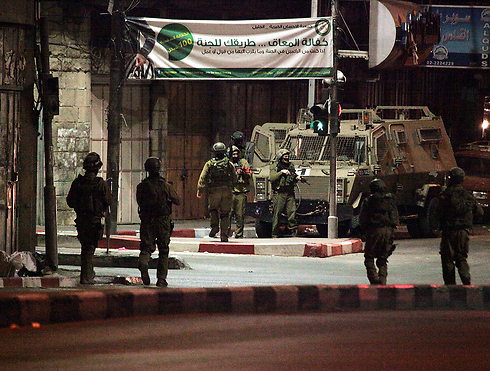 Meanwhile, IDF forces arrested 10 Palestinians overnight Friday in the West Bank, in addition to raiding some 15 charities related to Hamas and presumed to be fronts for terrorist activities.

Since the teens disappeared last Thursday, the IDF has conducted a massive search operation in the West Bank, which has seen over 300 Palestinians arrested and at least two killed.

Operation Brother's Keeper has also included a massive crackdown on Hamas – which Israel claims is behind the kidnapping, though the group denies the claims.

According to the IDF, Hamas' charities and welfare organizations are the organizations main basis for the popular support the group enjoys among the Palestinian population. 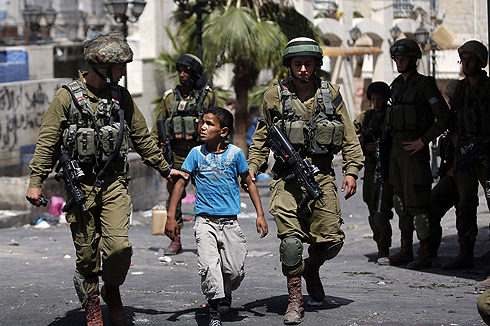 The IDF said that during the overnight operation some 146 homes were searched and in 21 cases cash was confiscated. 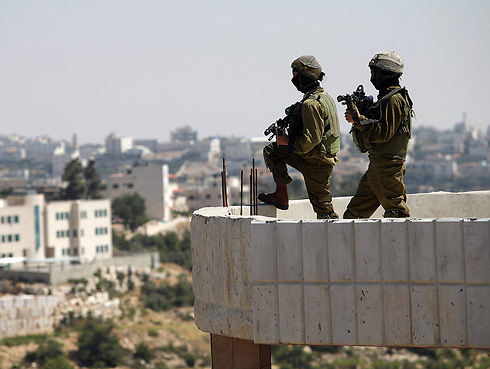 Photo: EPA
According to Ma'an, an elderly Palestinian man died early Saturday of heart attack during a heated argument with IDF troops who attempted to search his house in the village of Haris in the northern West Bank. Forces also intensified operations in villages just north of Hebron Friday evening and announced the closure of the area to public traffic as large numbers of additional forces flooded the region arriving in parts throughout the day Defense Minister Moshe Ya'alon stressed Friday that security forces are making Hamas pay a, "heavy price". "It doesn't look like it to the naked eye because there aren't air attacks like in Gaza, but... we're hitting the foundations of the organization's infrastructure - the civilian infrastructure that they call 'Dawa'. (We are) damaging their funds, damaging their charitable institutions and other institutions used only to steal the hearts of the population," said Ya'alon.

A rocket fired from the Gaza Strip slammed into Israel Saturday morning, exploding in a community in southern Israel. No injuries are damages were reported.

The rocket, 20th in number since last Thursday, is part of a wider escalation in the security situation in both the Gaza and West Bank.