A 13-year-old boy was killed Sunday and four other people, including his father, were wounded in an explosion close to Israel's Syrian border. The blast hit a civilian car on the Israeli side of the Golan Heights, prompting the IDF to return tank fire into Syria.

Massive IDF forces were deployed to the area, along with rescue helicopters and drones in the wake of the blast. This is the first time an Israeli civilian has been killed in the area since the Syrian internecine conflict began more than three years ago, despite sporadic fire into Israel. 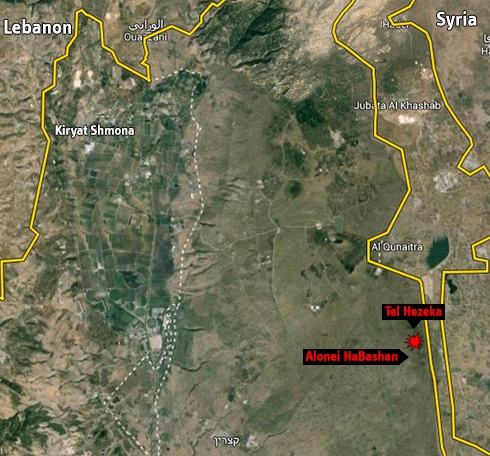 The explosion hit a car belonging to a Defense Ministry employee contracted to reinforce the border fence in the area, killing his son who was in the car at the time. The worker sustained serious wounds, and three other civilians were also hurt.

The boy has been named as Mohammed Karaka, 13. It was initially reported he was 15. 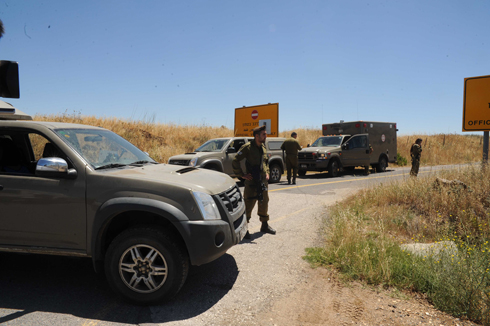 IDF troops at scene of the attack (Photo: Avihu Shapira) 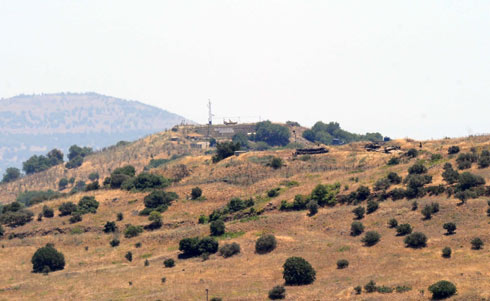 A senior IDF official said Sunday that the army believes that fire was a deliberate attack on Israel.

"A hole was found in the fence, following firing at a car that was conducting routine work," the official said. "The area is controlled by rebels, but it is not clear whether they were responsible for the shooting. Our initial response was artillery fire.

"The area has been isolated, and we will check the intelligence in the next couple of hours to see who is behind the attack. The shooting at the vehicle was most likely deliberate." 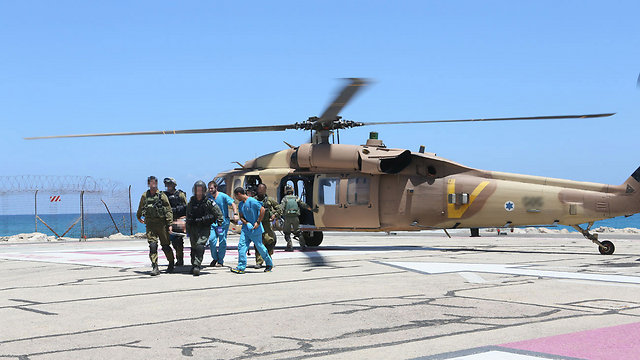 The wounded were evacuated to Ziv Medical Center in Safed and Rambam Medical Center in Haifa. One person sustained serious wounds and the other was moderately hurt; both were hit by shrapnel. The third person is suffering from shock. 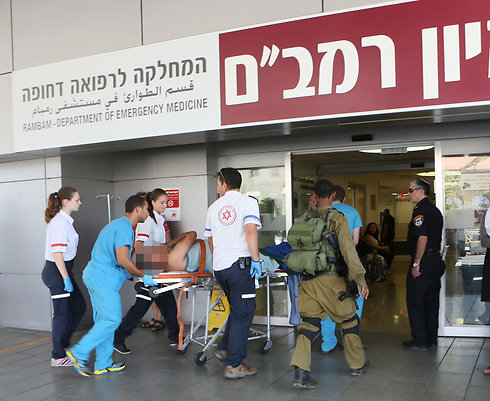 The Britain-based Syrian Observatory for Human Rights said Syrian government troops shelled nearby targets on the Syrian side of the border on Sunday, raising the possibility the vehicle was hit by errant fire.

The IDF has filed a complaint with UNDOF, the UN's peace keeping force stationed along the Israel-Syrian border, in wake of the blast.  The IDF claim the incident is in breach of the ceasefire agreement between Israel and Syria.

Israel recently completed its new reinforced Golan border barrier, which includes both a high fence and barbed wire obstacles. Contractors for the Defense Ministry are still working on the fence, however, adding surveillance technology.

In recent weeks, fighting between rebels and Assad forces has escalated, after the regime lost control of some 80 percent of the border area. The regime did, however, maintain control of the Quneitra border crossing, where rebels are now concentrating their efforts.

Some three weeks ago, the IDF shelled into Syria in response to a mortar fired at Mount Hermon by forces loyal to Syrian President Bashar Assad. The IDF has also locked down the border with Syria at least twice in recent months, as Syrian rebels and government forces battled over a key village close to the Israeli frontier.

In March, four soldiers were wounded when explosive device detonated along Israel's border fence with Syria went off not far from the Druze village of Majdal Shams.