A Facebook paged launched overnight Monday has garnered more than 5,000 likes (and counting) for ridiculing Israeli highschool students who take selfies during their Holocaust memorial trips to the Nazi death camps.

After entering the 11th and 12th grade Israeli highschoolers are offered a week-long trip to Poland where they tour the country's Holocaust-era death and concentration camps. Naysayers claim they are more of a field trip abroad than a meaningful experience, claims which are reinforced by the occasional scandal of students getting drunk and trashing hotels. However, they are largely treated as an important experience for young Israelis for whom the Holocaust is a distant event. 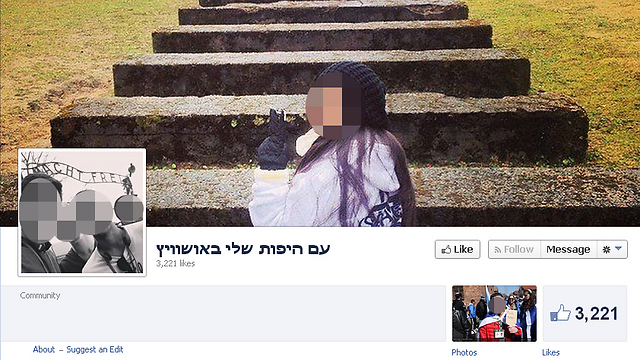 Poking fun at today's youths, the page, called "With my babes at Auschwitz", publishes images taken from Facebook, Instagram and other social media platforms by searching for such hashtags as Auschwitz or Sobibór, death camps frequented during the trips, and adds cynical text to the picture.

One post shows a girl striking a pose and is supplemented with the words: "Bowing my head in their memory – ta-da!" 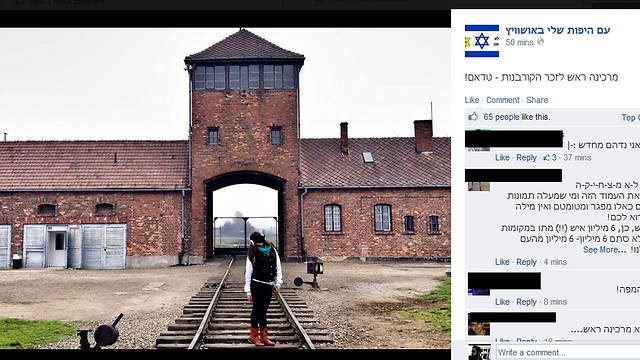 Another presents a boy holding a sign which reads #F***Hitler is presented with the text "Here on the cursed ground of Aushwitz, I finally met someone who showed Hitler what's what!!! Thanks ninja, now he will never try to do it again!"

Another picture of girls dancing is subtitled with "an illustration of pain", while another of a boy eating snow is annotated with the words "We won't forget and we won't forgive. Majdanek 2014." 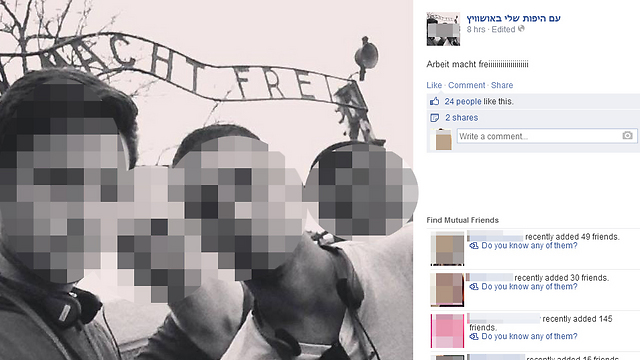 Others take a less direct approach to ridiculing the teenagers, taking aim instead at the field-trip aspect of the tours. For example, an image of two girls is supplemented with the text "Hot! Saving you a seat on the bus ride to Treblinka," another death camp schools usually visit in Poland. Another was a screen capture of a status posted by a female student, presumable about what kind of a boyfriend she would like: "He doesn't need to be perfect, he only needs to make you smile!! Good morning from the way to Auschwitz." 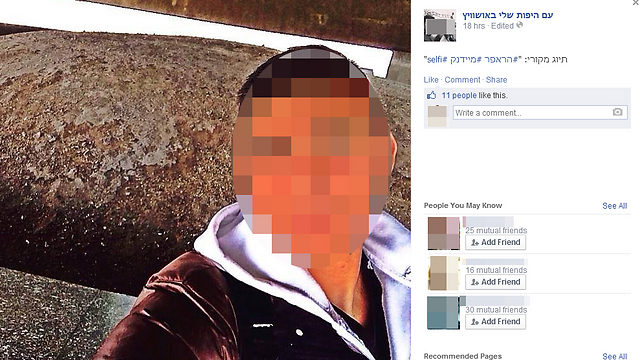 Many Israelis seemed irked by the page, uncertain whether it was a joke or not. "What is this damn page?! Is this some attempt at a joke?," one wrote in a comment.

Ironically, a high-school student came to the page's defense, saying "It's a joke about the 'pics with friends' culture, which is so popular now that people do it even in death camps, when my class went I saw it happen as well."

Omer Benjakob contributed to this report