Report: US fears Israel would be dragged into war with ISIS

The Obama administration has voiced concern that Israel and the United States may be dragged into a war against the Islamic State in Iraq and the Levant (ISIS), the extremist Sunni organization that is threatening to transform Iraq and other countries into Islamist territories, the Daily Beast reported.

According to the website, senior Obama administration officials told senators in a briefing last week that while ISIS has already seized control of parts of Iraq and Syria, the jihadist group is now eying westward territories – including Jordan. 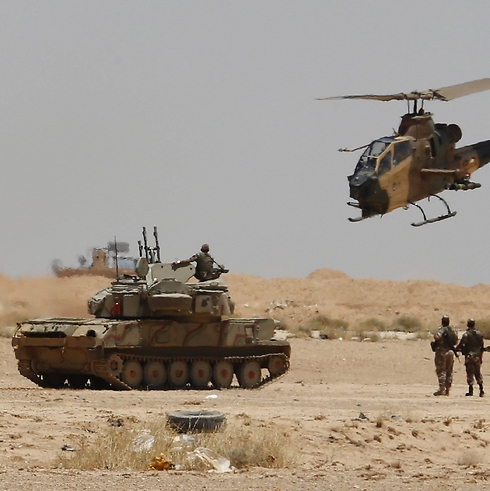 ISIS's attack on Jordan can only further complicate the already complex conflict, the officials said in the briefing, according to the Daily Beast. They believe that if the Jordanians feel threatened by ISIS, they will attempt to recruit Israel and the United States for an all-inclusive war that is coming into being in the Middle East.

"The concern was that Jordan could not repel a full assault from ISIS on its own at this point,” said one senator, the report quoted one senator as saying.

According to another source that was present at the briefing, the American officials responded to the question of how Jordan's leaders would act in the case of an attack by ISIS by saying: "They will ask Israel and the United States for as much help as they can get."

The United States has already begun to intervene in the crisis in Iraq, and on Friday confirmed that it has started flying armed drones over Baghdad to protect US interests in the Iraqi capital.

In this way, the US is essentially cooperating with Iran, which is also trying to help the central authorities in Iraq in their battle against the Sunni jihadists. Prime Minister Benjamin Netanyahu advised US President Barack Obama not to make any promises to Iran in the nuclear talks, as part of the same cooperation in Iraq.

However, the Daily Beast article states that Israeli diplomats told their American counterparts that Israel would be willing to take military action to save the Hashemite Kingdom.

Earlier this week, a Jordanian official told Ynet that in the backdrop of ISIS's success in Iraq and its actions on the border with Jordan, "There is a very good cooperation between us regarding ISIS's growing presence in Iraq and Syria, but also on issues relating to other radical forces in the Middle East which have their sights set on Israel and Jordan." 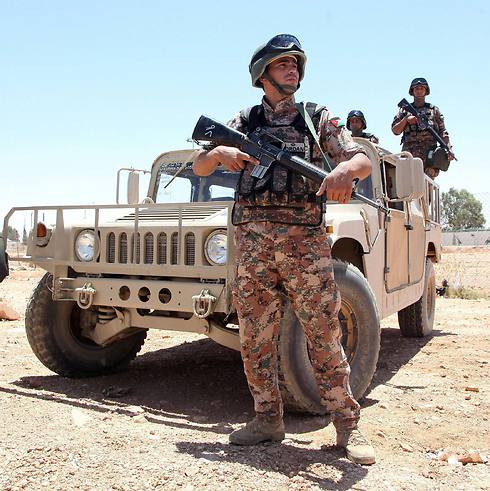 Dana Daoud, a spokeswoman for the Jordanian embassy in Washington, stated that Jordan's military and security forces are fully prepared to deal with the ISIS threat: "We are in full control of our borders and our Jordanian Armed Forces are being very vigilant,” she said.

Daoud further added that "we have taken all the precautionary measures. So far, we have not detected any abnormal movement. However, if anything threatens our security or gets near our borders it will face the full strength of our Jordanian Armed Forces.” Earlier this week, as part of the same precautionary approach, Jordan closed a central border crossing with Iraq.

Meanwhile, pressure is mounting in Jordan. ISIS supporters raised black flags and rallied in the southern city of Ma'an in two different demonstrations last week. During the protests, which saw support for the Jihadist organization for the first time in Jordan, demonstrators shouted slogans against King Abdullah.

"We don't believe in the government anymore, and are seeking for an alternative that will grant us our basic rights," said one of the protestors at the rally, adding that "we found that alternative in an Islamic State."

Muhammad Abu Salah, a local political leader in Ma'an that helped organizing protests against the government, explained the background to the protests. "The city was neglected. The only service we receive is the police. No jobs, no development, no respect."

Countries east of Israel are not the only ones threatened by ISIS. The Al-Masry Al-Youm Egyptian newspaper cited on Friday night a security official in northern Sinai who said that Egyptian security forces arrested 15 suspects affiliated with ISIS when they attempted to infiltrate Sinai from the Gaza Strip through tunnels in Rafah.

According to the security official, terrorists organizations based in Gaza paved the militants' way to Gaza through one of the tunnels.

He claimed the terrorists were arrested by special forces and commando forces immediately upon their entry to Sinai. The detainees told interrogators that they had attempted to deliver a message to terrorist organizations in Egypt in order to establish a branch of ISIS in the country.

The suspects further stated that they were supposed to oversee the groups that were to be founded. So far, an official confirmation on the report from Egypt's army has yet to be received.

Since ISIS began their conquest of Iraq two weeks ago, the Sunni jihadists carried out hundreds of executions of Iraqi soldiers Shi'ite soldiers in Iraq's army. The Jihadists consider the Shiites heretics. 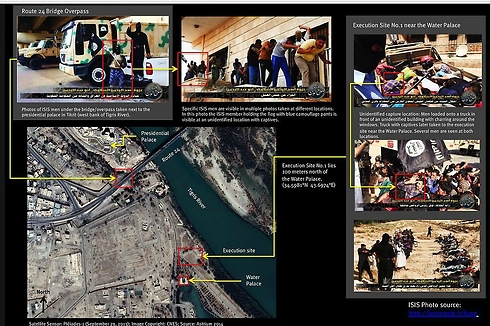 Iraqi insurgents executed at least 160 captives earlier this month in the northern city of Tikrit, Human Rights Watch said Friday, citing an analysis of satellite imagery and grisly photos released by the militants. 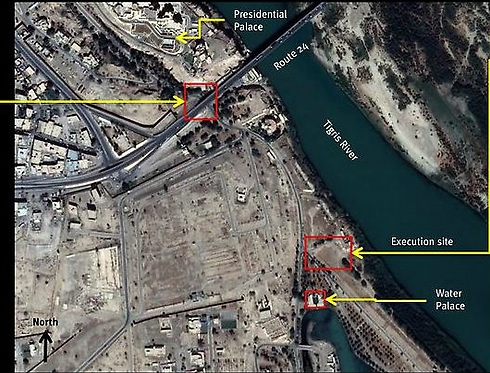 The US-based rights group said militants from the Islamic State of Iraq and al Shams killed between 160 and 190 men in two locations in Tikrit between June 11 and June 14.

"The number of victims may well be much higher, but the difficulty of locating bodies and accessing the area has prevented a full investigation," it said.