Israeli security forces on Monday located the bodies of the three Israeli teens who went missing on June 12 while hitchhiking in the Hebron area of the West Bank.

The bodies of Eyal Yifrach, 19, Naftali Frenkel, 16, and Gil-Ad Shaer, 16, were found near the village of Halhul, north of Hebron.

The three bodies were found around 6 pm in a shallow grave dug by their abductors in the wadi between Beit Khalil and Halhul. According to initial estimates, the boys were shot shortly after their kidnapping, in a premeditated plan by their abductors.

From left: Eyal Yifrach, Gil-Ad Shaer, Naftali Frenkel (Photo: Shaul Golan)
IDF spokesman Lt. Col. Peter Lerner said the bodies had been found "under a pile of rocks" near the village of Halhul.

Binyamin Proper, who was among the civilian volunteers that found the bodies, told Channel 2 television that a member of the search party "saw something suspicious on the ground, plants that looked out of place, moved them and moved some rocks and then found the bodies. We realized it was them and we called the army."

It is believed the kidnappers planned to kill the abductees and keep the bodies until they could be exchanged. As such, they never released any demands to Israel, in keeping with the modus operandi of Hamas in the West Bank. 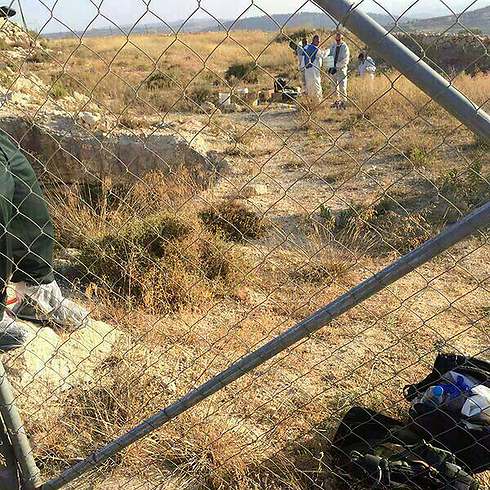 Scene where bodies were found

Shortly before the announcement that the bodies had been found, the IDF said it was searching intensively in the Beit Kahil area. 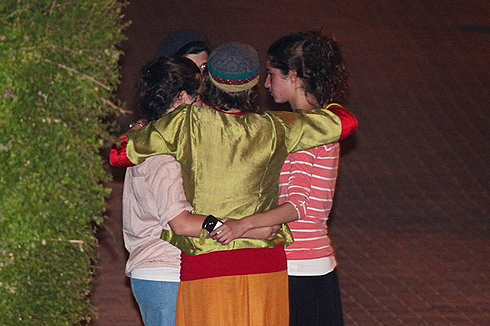 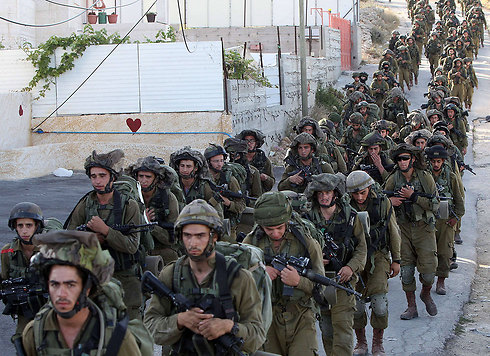 Even Palestinian President Mahmoud Abbas condemned the abduction and demanded the boys' return.

Meanwhile, the IDF embarked on exhaustive searches of the West Bank, arresting dozens of Hamas operatives and ransacking the organizations offices as part of what it called Operation Brother's Keeper.

Abbas on Monday night convened an emergency meeting of the Palestinain leadership, his spokesman said. 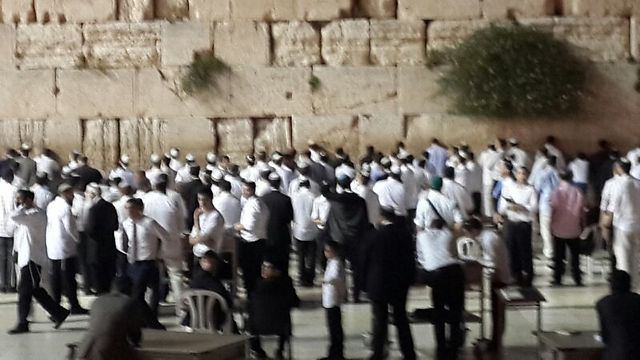 Prayers at the Western Wall for the missing boys
Prime Minister Benjamin Netanyahu had blamed the Islamist group almost from the moment the three boys went missing, and several days ago Israel released the names of two suspects in the kidnapping, both allied to Hamas. 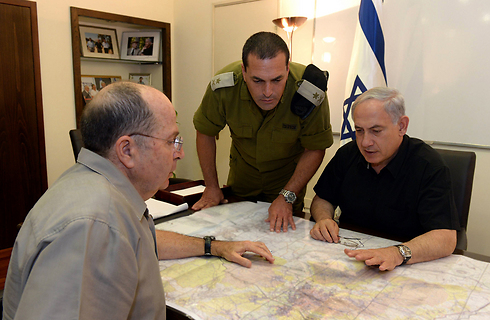 Defense Minister Moshe Ya'alon and Prime Minister Benjamin Netanyahu during a situation assessment of the search for the boys (Photo: Haim Tzach, GPO)

The families of the three boys had also made impassioned public appeals for their return. Rachel Frenkel, Naftali's mother, even appeared before the United Nations Human Rights Council in Geneva on June 24, where she told the 47-member body that she was living "every mother's nightmare." 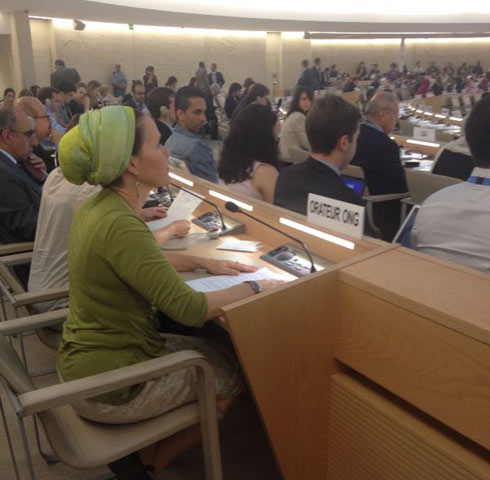 Frenkel told the council that it has a duty to fulfill and "much more can be done and should be done by so many."

On Sunday night, tens of thousands of Israelis gathered in Rabin Square in Tel Aviv to support the families and demand the boys' return. 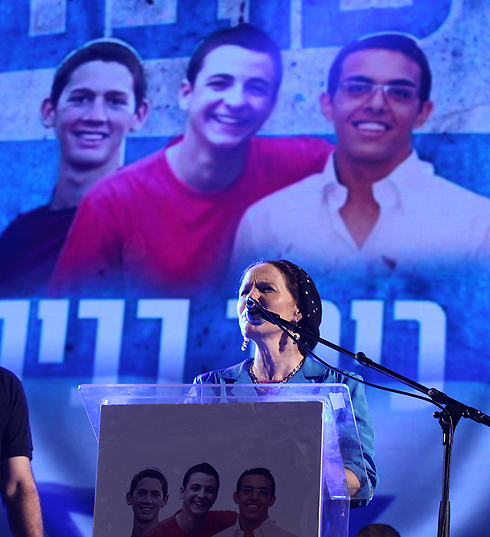 Rachel Frenkel speaks at a rally in Tel Aviv for the boys (Photo: Motti Kimchi)

The Israel Police had come under fierce criticism after it emerged that an emergency call from one of the boys in the night they disappeared saying that they had been kidnapped was ignored. The police did not inform the IDF or Shin Bet that the boys may be missing until Gil-Ad's father arrived at the local station at 3am, some five hours after their disappearance. 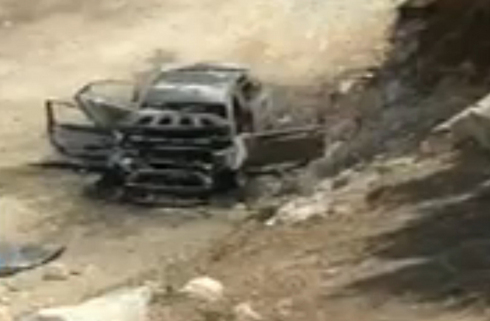