Over ten rockets slammed into Israel overnight Wednesday and Thursday morning, with four of them hitting homes in Sderot. The last two struck a house in the city which hosted a summer camp and another residence. The rocket that penetrated the structure used as a camp failed to explode and no one was injured.

The rockets came amid mounting tensions throughout Israel and the Palestinian territories. On Monday, the bodies of the three missing Israeli teens, presumed kidnapped by Hamas, were found dead in a West Bank valley, and ongoing rocket fire from the Hamas-controlled enclave has hit the south in the past week. 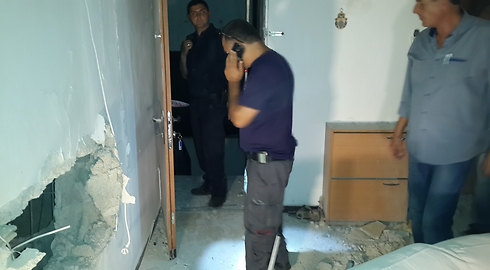 Three rockets exploded in populated areas in Sderot overnight Thursday, while one of them hit a student’s apartment in the city and the other exploded adjacent to an apartment building. Yet another rocket slammed into a wall of an outdoor rocket shelter, fracturing it. Some four people suffered anxiety as a result of the barrage.

In addition, two rockets from the morning barrage were intercepted by the Iron Dome missile defense system and the others landed in open areas in Sdot Negev and Bnei Shimon in the northern Negev, apart from one that hit a greenhouse in the area. A military source said Hamas is directly behind the attack.

In wake of the discovery of the teens' bodies, a possible revenge killing against an Arab teen took place Wednesday. The possible revenge murder of Mohammad Abu Khdeir, 16, sparked massive rioting in the West Bank. Tensions have further been strained by far-right Israelis who have called for exacting revenge for the missing teens. 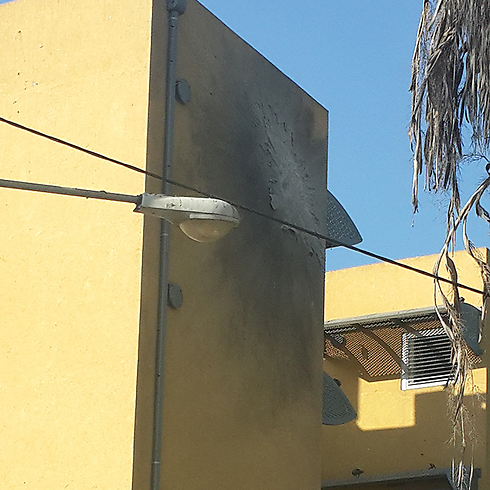 Sderot Mayor Alon Davidi said: “The city suffered two attacks on its territory. One of the rockets fell in front of a building, hitting the road and sending shrapnel into cars and electricity poles, which resulted in a power outage in parts of neighborhood. Miraculously, there were no casualties.” 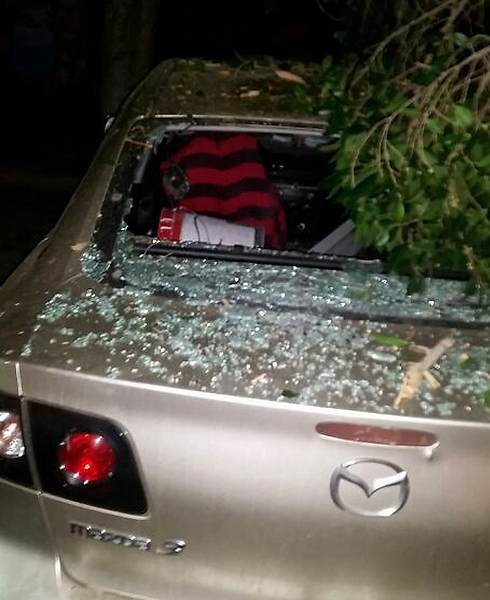 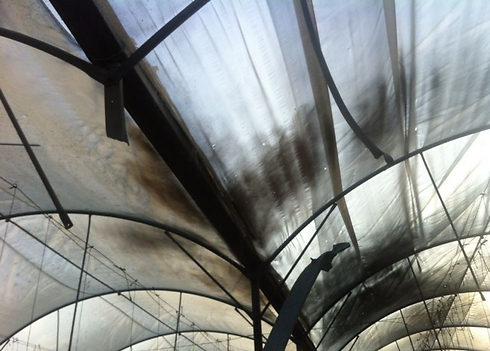 Sirens blared in Israel’s south following the IAF attack. Several mortar shells exploded in the Eshkol Regional Council and at least two rockets fell in the Sdot Negev Regional council. One resident who lives close to the building that was hit said that “the whistle of a rocket sounded all over the city and then there was an explosion. I went outside and saw the damages. Luckily, nobody was on the street at that time.”

The IAF struck rocket-launching terrorist cells in the southern Gaza Strip on Wednesday. The attack was carried out after a volley of rockets was fired on Wednesday afternoon at western Negev communities, continuing a general escalation in tensions. Direct hits were confirmed on all targets. 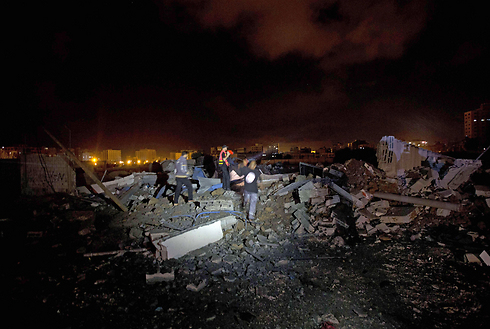 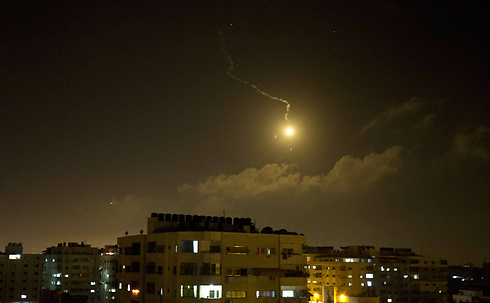 The escalation in the south comes amidst the background of a violent day in East Jerusalem. On Wednesday morning, the body of Mohammad Abu Khdeir, a 16-year-old Palestinian from Jerusalem was found in a suspected revenge murder sparking Arab protests in East Jerusalem where police faced barrages of rocks and fireworks from the protesters.

Palestinian residents told a Reuters photographer that they saw a teenager forced into a vehicle outside a supermarket in the Shuafat section of East Jerusalem on Wednesday. Ynet learned the incident took place after the teen left a mosque.

Later "police discovered a body in the Jerusalem forest and were looking to see if there was a connection between the missing youth and the body that was found," Rosenfeld said.

Hundreds of Palestinian protesters rioted in East Jerusalem since the early hours of Wednesday morning, following the murder of the Arab teen. Two photojournalists were injured, including a Ynet photographer.

Protesters in Shuafat burned tires, hurled stones, Molotov cocktails, fireworks and pipe bombs at IDF and police forces at the scene and called out "we will sacrifice our lives for the martyrs." Security forces used stun grenades to disperse the crowd and cordoned off the area to stop others from entering the neighborhood.