Prof. Stefan Reif. 'There is not a single field in which the genizah has not created a revolution'
Photo: University of Haifa

'Indiana Jones' of the Cairo Genizah

As many as 200,000 Jewish manuscripts, some more than 1,000 years old, comprise the most important Jewish treasure of the century. Prof. Stefan Reif of the University of Cambridge, who exposed Cairo Genizah and its discoveries to the world, tells Ynet about the revolution it created in the perception of Judaism.

In 1897, two British scholars, Solomon Schechter and Charles Taylor, unearthed a real treasure in the attic of the Ben Ezra Synagogue in Cairo. The attic, which was used for genizah, a storage area for worn-out Hebrew-language holy books and papers, was a historical treasure trove.

Alongside torn books from that period, they discovered a cache of hundreds and thousands of letters, books, court protocols, halachic rulings, prayer books and more, which were remarkably preserved in the desert climate – some from the ninth century.

Most of the material was sent to Cambridge, England. Schechter even managed to publish several studies about it, but the research was put on hold and abandoned due to the upheavals of that period and the two world wars.

The entire collection remained unidentified until the 1970s, when a young researcher named Stefan Reif, a historian and expert on Jewish studies and Medieval Hebrew and Semitic languages, was appointed head of the department handling the Jewish manuscripts at the University of Cambridge.

Discoveries still waiting to be solved

Professor emeritus Stefan (Shlomo Kalman) Reif was recently awarded an honorary doctorate of philosophy from the University of Haifa. He is known in the academic world as the person who exposed the Cairo Genizah and its discoveries to the world. 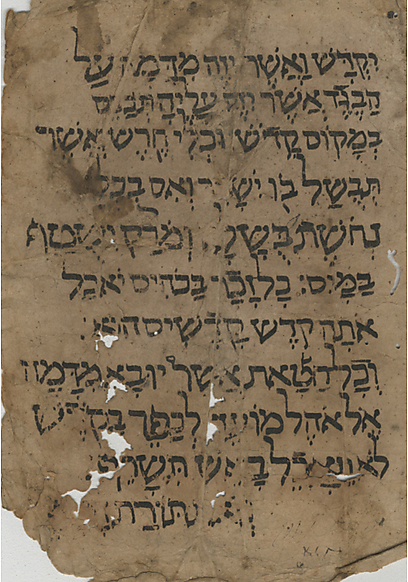 Until his retirement, Prof. Reif was responsible for the huge archive, which is considered one of the most important archives in the world and includes as many as 200,000 rare Jewish manuscripts, some of them more than 1,000 years old.

Reif, who is considered one of the leading researchers in his field, has authored countless studies and many books. One of them, "Judaism and Hebrew Prayer," was also translated into Hebrew.

"It wasn't negligence," he says diplomatically about the seven decades in which the Cairo Genizah was abandoned. "They started to document and preserve, but a small part of it.

"When I was appointed to head the department, I didn't have any staff, budget, research or categorization means. I remember telling the university management, 'We need an organized research plan,' and they said, 'That's exactly what we brought you here for."

Prof. Reif dedicated 40 years of his life to the collection which is seen, and rightfully so, as his life's work. So far, researchers have managed to document and preserve 70% to 80% of the writings, but even today it's still possible that there are additional discoveries waiting to be made – ancient writings which the team of researchers has yet to study and categorize.

Talking to Ynet, Prof. Reif reveals the decision to start a new research department at the University of Haifa under his leadership, which will allow Israeli students to study more about the far-reaching implications of the Cairo Genizah findings, and explains why that collection of writings is responsible for the revolution in the way we perceive Judaism today.

Battle between Israel and Babylon

He describes the Cairo Genizah as a rare documentation of Jewish life 1,000 years ago.

"Until the genizah, if we wanted to get to know the Jewish world of the early era, the only way to do that was through books and 'official' documentation printed mostly in the 16th and 17th centuries after the invention of the printing press. Most of the manuscripts from the period before the print did not survive. "The Genizah includes complete and full manuscripts from the 12th and 13th centuries – the Crusader period, and from the ninth and 10th centuries – the Geonic period. Until its discovery, we were able estimate what had happened there only through later sources. Now we have direct access to that period. "Through those small, even crumbling, particles, we can build a picture of the Jewish life in the Middle East 1,000 years ago. A considerable part of the material was completely new for us." 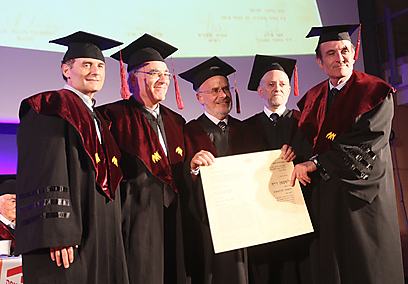 Reif adds that "when people talk about the sources of Judaism, they usually talk about the Bible, the Mishna and the Talmud. A considerable part of the genizah material is not those 'official' sources, but a documentation of the life itself: Letters, certificates and even lists of jewelry or women's complaints about their husbands. It is material which reflects the Jewish life in practice."

Does this information have any implications on the way we understand Judaism and Jewish Law?

"I look at the material from a researcher's angle, not a rabbi's angle. There are, of course, very challenging discoveries. What will the rabbis do with them today? That's an entirely different story.

"There is not a single field in which the genizah has not created a revolution. The Bible and the Hebrew, for example, today we are familiar with a certain kind of punctuation in Hebrew. In the past there were other types of punctuations which disappeared, and through the letters they are suddenly revealed again. Today we have the possibility of restoring them through the letters kept in the genizah.

"Another example, which is as important, is the Jerusalem Talmud. Usually when people talk about the Talmud, they mean the Babylonian Talmud. The Jerusalem Talmud is perceived as difficult and incomprehensible, and people didn't know how to interpret it. Today we have complete writings about the Jerusalem Talmud which were written in the same periods, and we can understand a lot from them about what used to be inaccessible.

"These are just two direct implications on the two most important books in the Jewish world, but of course it doesn't end there. The greatest dispute of that period was also reflected in the genizah. At the time there was a great battle between the Babylon rabbis and the communities in the Land of Israel. These battles affected the Halacha as we know it.

"We know that in the Land of Israel there was more halachic flexibility. There were different kinds of methods for each community. At the end of the day, the current Halacha is Babylonian. Most of the Land of Israel's customs were annihilated, and the genizah basically succeeds in providing us with a peek into a complete halachic and unknown world of those ancient customs."

Prof. Reif's latest study about the Kaddish prayer is a direct continuation of one of the greatest revolutions in the Jewish world during those centuries: "The Siddur (prayer book) revolution."

He says this will also be the key mission of Haifa University's new department, "Multi Research Center - Areas of the Cairo Genizah," where he will serve as head of the governing council.

"We don't know anything about the prayers books from before the ninth century. Until then, everything was verbal, and the prayer leader prayed as he saw fit and without a unified method. We see great arguments about the issue during that period. The Babylonian rabbis were in favor of the 'unified version,' while the people of the Land of Israel continued to pray according to the prayer leader. As the prayer books were being written, the Babylon criticism over the Land of Israel custom grew stronger.

According to Prof. Reif, the arguments about the prayer included battles over the repeated prayer by the prayer leader out loud. "This idea was not accepted in the Land of Israel, and the communities there also objected to sitting with one's back to the eastern part of the synagogue. Today the 'east' is the respectable place of the rabbis and community dignitaries, but in the eyes of the Land of Israel communities it was strictly forbidden. Not to mention the ardent argument on whether one should stand during the 'Shema Yisrael' prayer or not."

Today's Kaddish is not what it used to be

Reif points to a dispute in almost every area of the prayer as we know it today: The order of the prayers, reciting verses from the Book of Palms in the morning, connecting the salvation from Egypt to the future salvation ("Babylon said it shouldn't be done while in the Land of Israel they were bound together").

"There are countless conflicts and arguments," he sighs. "In fact, we found in the genizah prayers and liturgies which were not included in the Babylonian version, and Amidah prayers in different versions. The language itself had a very interesting component in the prayers. We found, for example, an Aggada (type of rabbinic literature) written entirely in Aramaic. For who? Why? On the other hand, I found the Kaddish version we are familiar with which is written entirely in Hebrew, because that's likely the way it was recited in the Land of Israel communities. "The special thing about the Kaddish we say today, among other things, is the mixture. It is written both in Hebrew and in Aramaic, alternately. We usually see prayers written either in Hebrew or in Aramaic, and the Kaddish is a unique phenomenon in this sense. In my research I will try to understand why this prayer was created in two languages. "Another issue is the addition of mentioning the names of dignitaries in the audience in the Kaddish. In the communities in Israel it was apparently common to mention the local dignitaries while reading the Kaddish. We see it in the Yemeni Kaddish prayer which mentioned Rabbi Moshe Ben Maimon (Maimonides), who helped them a lot at the time."

Does this huge collection include a manuscript you are particularly fond of?

"It's very hard to answer that. They are all important and special. On the other hand, when I hold a letter in Maimonides' handwriting in my hand, it clearly affects me. It's particularly important for me to spread the meanings of the genizah among the wide public which is completely unfamiliar with them. And today anyone can see this material from his own home, online."

"It amazes me to discover how many dilemmas these Jews lived with which are very similar to ours: Zionists against non-Zionists, marrying non-Jewish partners, and the community's reaction.

A lot of human-interest material about what those communities went through. And of course the disputes between the Babylonians and the Jews of the Land of Israel, who the Babylonians so as not Jewish enough.

"So it clearly reminds us of phenomena which exist here today, especially the disputes over religious issues. It appears to be a very 'Jewish' characteristic."