Jewish drivers trapped in Qalansawe inside their vehicles attacked by masked protestors; rioters force driver out of vehicle, set it alight.

A night of violent clashes in the Triangle area overnight Friday reached a peak when protestors in Qalansawe, an Arab town in central Israel, burned tires, attacked Jewish civilians who were trapped in the area with their vehicles and set one vehicle on fire.

Following the incidents, security forces closed Route 5614 toward Qalansawe to traffic in both directions. 12 people were detained following the riots.

Car set on fire in Qalansawe

The clashes erupted when masked protestors who were standing on the road began asking passing drivers whether they were Jewish or Arab. Two Jewish drivers who answered in Hebrew were forced out of their vehicles and attacked by the protestors. The two drivers sustained light injuries.

One driver was able to get back into his car and fled the scene while the other driver fled the scene on foot, leaving behind his vehicle, which was set on fire and burned completely. Local police confirmed that the driver filed a complaint with the police for assault and the torching of his car. 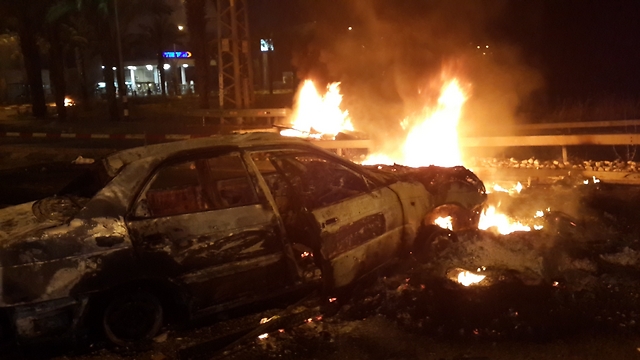 In another incident in Qalansawe, another vehicle with two Jewish civilian inside was attacked. The two, who were also asked whether they were Jewish, managed to escape but sustained light injuries and damage was caused to their vehicle. 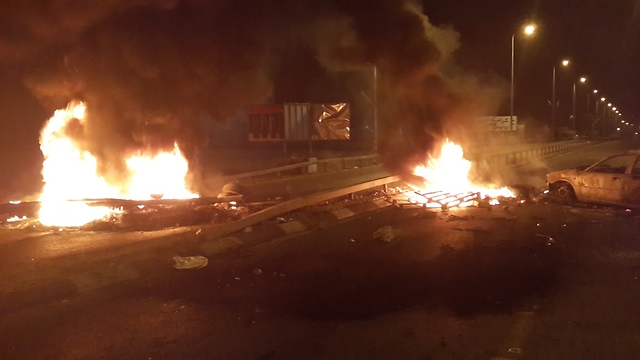 The rioters also attacked the private car of a police officer in uniform, who fled the scene on foot, leaving the car behind. In another incident, a motorcycle rider was knocked off his vehicle when rioters hurled a stone at him. Yarkon Area Magen David Adom team evacuated the man, who sustained light injuries, to the Meir Hospital in Kfar Saba. 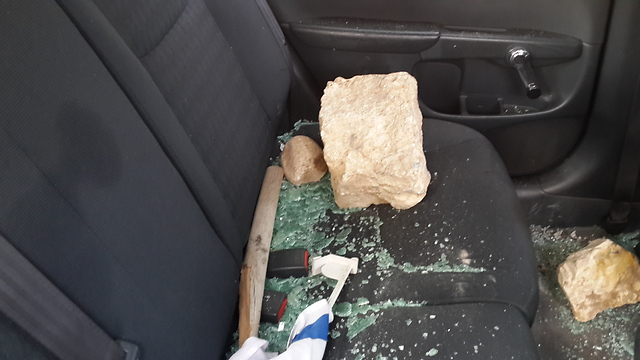 Car of police officer that was attacked (Photo: Hassan Shaalan) 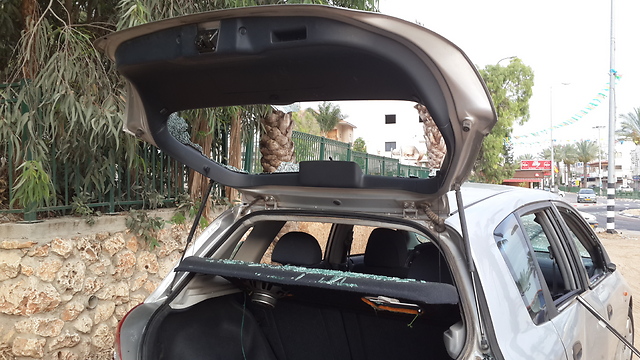 The recent violent riots in the Arab sector first broke out on Friday as Muhammad Hussein Abu Khdeir, a Palestinian youth some believe was killed by far-right Israelis, was laid to rest. Reports from the field indicated that 35 people were lightly injured after heavy clashes with police who initiated riot control measures to disperse the violent crowd. 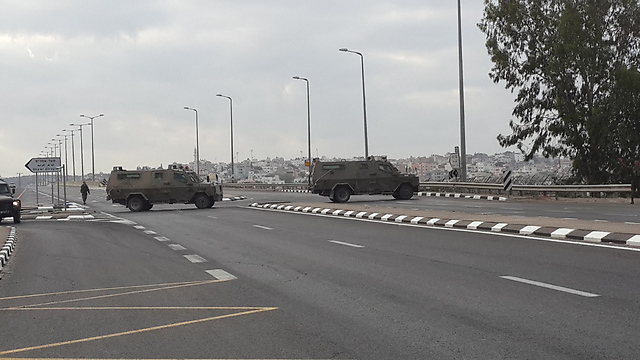 Meanwhile, the boy's father spoke to Ynet and said he demanded Israel find his son's killer and destroy his house, as it did for the killers of the three Israeli teens found dead after being presumed kidnapped since June.

Towards midnight Friday, the riots spread to Arab communities in the Triangle area, including Qalansawe, Taibe, Tira and Baqa al-Gharbiyye. 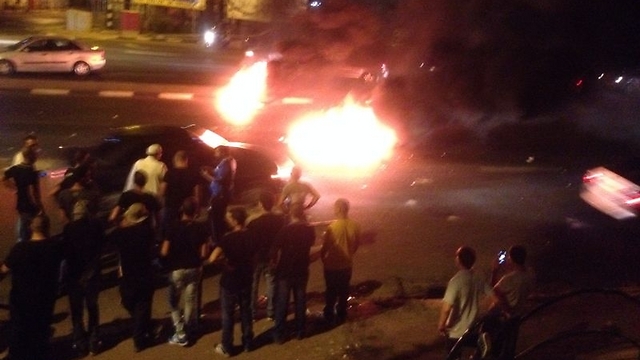 Sharon District police spokesman said that "since the night hours, officers from the Kedma station, assisted by additional forces, have been attempting to maintain public order in the Triangle area." The spokesman commended the "local leadership that tried to prevent the riots and maintain normal routine."

"During the riots," the spokesman added, "riot control methods were used when officers felt their lives were in danger. Three protestors were arrested overnight on suspicion of throwing stones, and additional arrests are expected. Due to the incidents, Tira's Saturday market will not be held today."

Dozens of protestors also demonstrated near Route 444 at the entrance to Taibe, burning cars and throwing stones at police officers. Dignitaries of Taibe called for peace and for an end to the protests.

Residents of Taibe also protested against the arrest of three city residents on Friday night. During the riots, five people were lightly wounded from tear gas and stun grenades used by police forces to disperse the crowd.

In Baqa al-Gharbiyye, masked protestors burned tires on the main road. City dignitaries arrived at the scene and dispersed the rioters. 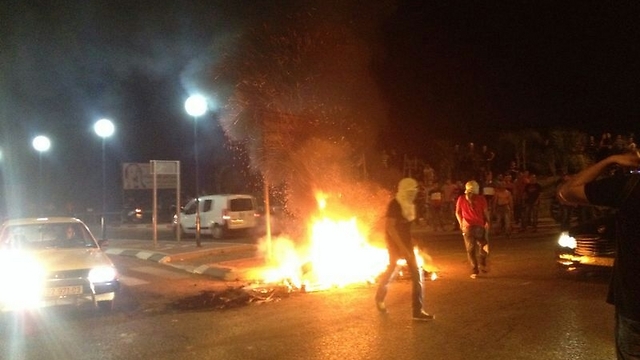 At the entrance of kibbutz Magal, near the village of Jat in the northern Triangle, vandals set thistles on fire, causing the main entrance gate to catch on fire. A team of fire fighters rushed to the area and managed to control the fire. The police opened an investigation into the incident.

Following the riots, 12 residents of the Wadi Ara area were arrested, on suspicion of throwing stones at vehicles on Highway 65, a major highway in northern Israel.

Internal Security Minister Yitzhak Aharonovitch convened a situation assessment meeting on Friday in which he said that troops have been reinforced throughout the country, particularly in Jerusalem. "I urge everyone to exercise restraint and patience so as not to intensify the events. We have enough tension in the air as it is; I hope we will get through this," the minister said, adding that "police will use an iron fist in case of riots."

Minister Aharonovitch further said that he has been updated regarding the investigation of the murder of Abu Khdeir, and that it has yet to be determined if the background is criminal or nationalistic.