Defense officials believe Hamas is seeking in escalation, say Hamas may be taking part in rocket fire on Israel.

A senior military source has said that Hamas hasn't been stopping rocket fire into Israel and has even been taking part in the fire itself. According to the source, "Quiet won't be answered by quiet and therefore we're expecting escalation."

Also on Monday a senior military source said that the IDF had called up "some 1,500 reservists who will arrive in waves. Most of them are commanders and part of the home front command."

With rocket fire from Gaza continuing unabated, Israeli defense officials now believe Hamas is seeking an escalation in the south, and that the Egyptian mediation efforts were not bearing fruit.

Israel was therefore preparing for a possible escalation that could result in a large-scale IDF operation in Gaza, with cabinet ministers meeting in Jerusalem for three hours on Monday afternoon to assess the situation. 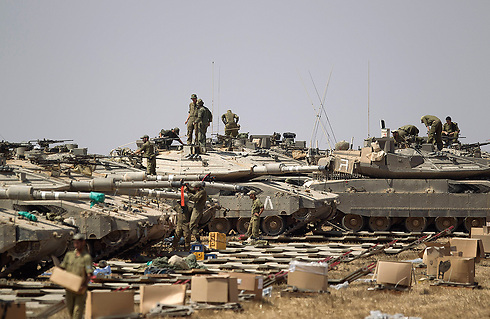 Defense Minister Moshe Ya'alon and IDF Chief of Staff Benny Gantz were also expected to hold a situation assessment at the IDF's Kiriya headquarters in Tel Aviv on Monday. The two were to discuss future moves to combat the escalation in the south, in the West Bank, in Jerusalem and in Arab towns inside Israel. 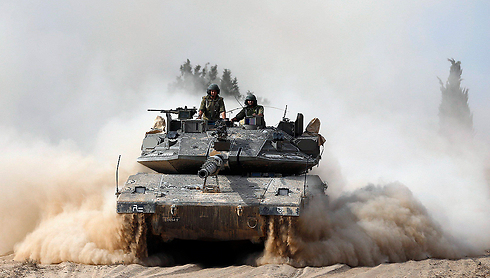 Defense officials have noted a discrepancy between statements by Hamas' political bureau and the operations of its military wing. Nonetheless, a cabinet decision is in place to increase IDF operations in accordance with attacks by Hamas and other terror organizations. 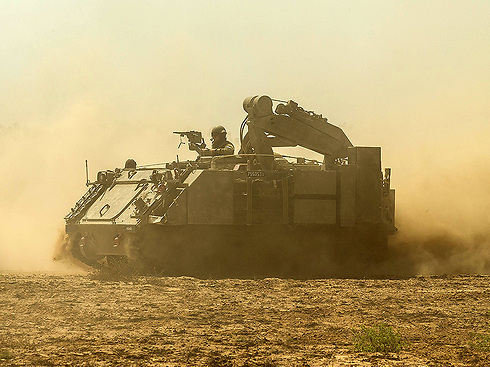 The IDF already stepped up its activity in the Strip overnight, attacking 14 terror targets and killing two terrorists. Seven other Hamas member were killed in a "work accident" inside a tunnel under the southern Gaza border town of Rafah.

Hamas' political bureau keeps signalling that it is not interested in an escalation, while its military wing, Izz ad-Din al-Qassam Brigades continues to act aggressively against Israel. The Israeli assessment is that the military wing is acting out of anger and intends to take advantage of the outrage following the brutal murder of Palestinian teenager Mohammed Abu Khdeir in East Jerusalem last week. 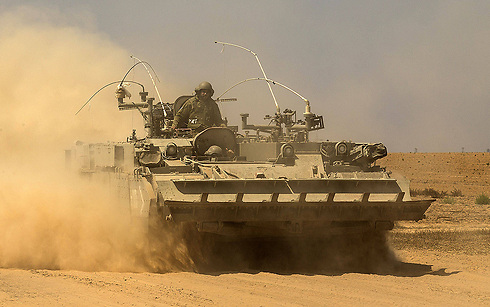 Former Shin Bet head Avi Dichter told Ynet on Monday that Israel must accept that it has to wipe out the Hamas threat from Gaza.

"We must focus on how we're going to destroy Hamas' military capabilities in Gaza," he said. "This is not a three-week operation like Cast Lead and not an eight-day one like Pillar of Defense. This will take over a year. This is a move we can't avoid. While we can't destroy ideology, we can destroy a terror organization."