Israel under fire: A house in Ashdod was hit by rockets fired from Gaza on Thursday night. Vehicles were reportedly destroyed, and gas cylinders erupted on fire, causing a blaze in the area. After the direct hit. Sirens continued to blare in Ashdod and Hof Ashkelon.

Sirens wailed in Jerusalem early Thursday evening, as residents of the capital reported hearing at least five blasts. Hamas claimed responsibility for the rocket fire on Jerusalem, saying the rockets were aiming for the Knesset.

A rocket hit a home in the Sha'ar HaNegev Regional Council and nine rockets fell in Eshkol at almost the same time, as Gaza militants continued their missile attack on Israel. No one was injured in the barrage. Earlier, IDF missiles hit two Hamas terrorists belonging to a rocket-launching cell in the northern Gaza Strip.

Earlier Thursday, a massive barrage of Gaza rockets was also fired at the central and southern regions. Communities under fire included Be'er Sheva, Ashkelon, Ashdod, and Sdot Negev in the south, and Rehovot, Yavne, Lod, Ramle, and Gadera in the center.

A rocket landed a direct hit near the rocket-battered town of Sderot, causing damages to cars in the area. According to initial reports, the rocket struck between two parked cars.

In the morning hours, as the IDF's Operation Protective Edge entered its third day, rockets were fired at the greater Tel Aviv area, as well as hitting Israel's south, including near Dimona, home to Israel's nuclear reactor. Another rocket hit a Netivot house serving as a pre-school, while residents near the Ramon Crater reported hearing blasts. Israel's advanced Iron Dome missile defense system intercepted the vast majority of the rockets fired at populated areas, often sending debris plunging to earth. In one incident, a number of cows were killed in the south after falling shrapnel hit their cowshed.

Debris also fell on Israel's coastal metropolis, after Iron Dome intercepted the morning salvo. Shrapnel landed close to a gas station in south Tel Aviv's hip Florentin area, and even along parts of the city's highway, causing light damage to some cars.

In the south, sirens sounded Thursday morning in Dimona and Yeruham, near the Ramon Crater, and Netivot. Hamas also launched some 10 rockets at Ashdod, south Ashkelon, Ramle and Lod, as well as aiming for targets further north. 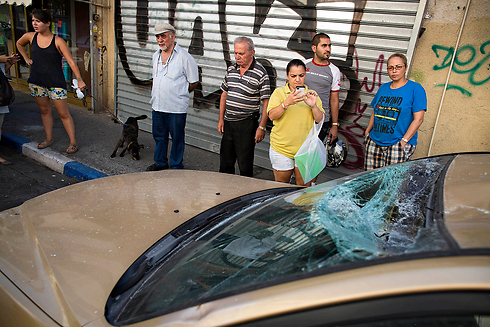 Hamas said it fired M75 rockets at Israel, one of which was intercepted by Iron Dome, and later claimed it had fired 10 new Iranian-made long-range Sajl rockets. 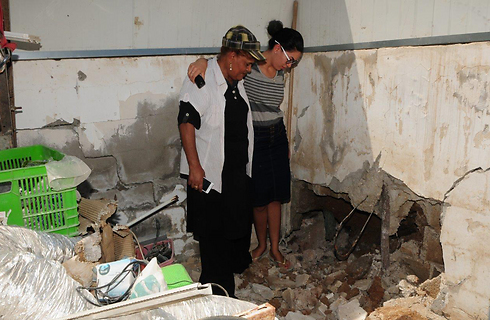 Rockets also fell in open areas in the greater Tel Aviv area; no injuries were reported. Prime Minister Benjamin Netanyahu and senior politicians joining him for a Security Cabinet meeting ran for cover in a protected shelter.

Hamas also took responsibility for those attacks, and said it fired its long-range rockets for the first time since fighting began, in an attempt to hit an army base. On Wednesday, Hamas tried to hit Dimona's nuclear reactor, but failed to reach its target. 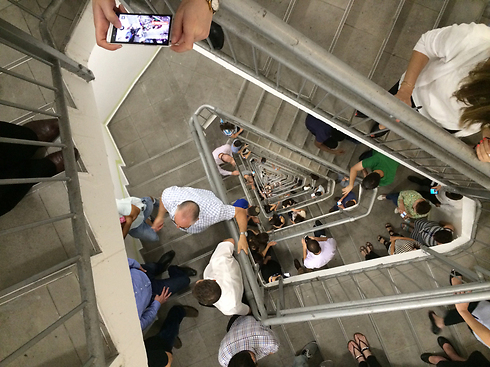 Also Thursday morning, a rocket exploded near a road in the Sdot Negev Regional Council, causing damage to the road, but no injuries. 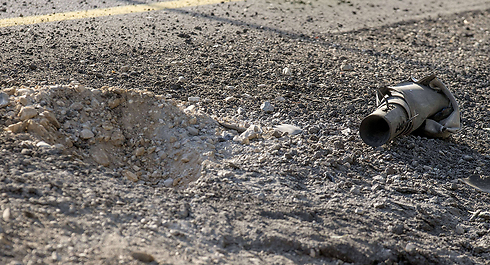 Iron Dome also intercepted a rocket launched at the southern town of Netivot, also in the Gaza region. In the Ashdod area, some 10 cows died and many others were hurt after a rocket hit a cowshed on a local moshav, residents said. 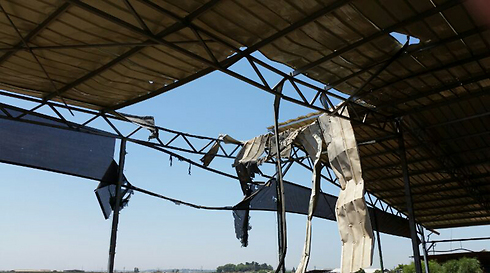 The attacks came on the heels of a day that saw rocket salvos and missiles reach deeper into Israel than ever before.

Some 15 rockets were fired at Israel in a 15-minute span late Wednesday, all of which were either intercepted or fell in open areas.

According to the IDF, roughly 255 rockets have been fired at Israel since Operation Protective Edge began late Monday night. Approximately 70 rockets have been intercepted by Iron Dome, which is only activated when populated areas are threatened.