Two major Palestinian cities in the West Bank, Bethlehem and Hebron, were hit on Saturday evening from rockets fired from the Gaza Strip, the IDF said. 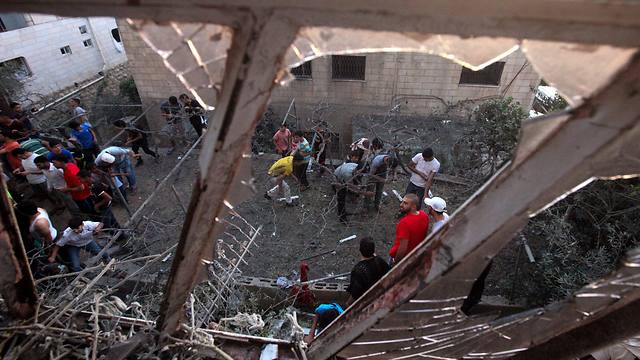 Residents examining the destruction caused by a Gaza rocket that hit a Hebron home (Photo: EPA) 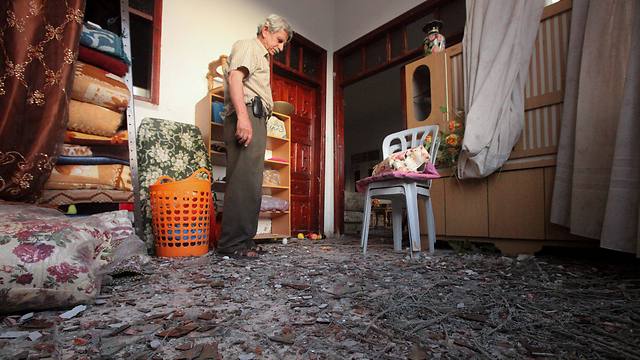 A member of the Rabaee family, whose Hebron house was hit by a Gaza rocket, in his home (Photo: EPA)

IDF's Arab-language spokesman, Avihay Adarei, posted a status on Facebook mocking Hamas spokesman Fauzi Barhoum, who said the "resistance" knows where to fire, so Arabs are not hurt.

"A few minutes ago, a pointless rocket fired by the resistance, as it calls itself, fell inside the city of Hebron. What do you think about the Hamas spokesman's comments from yesterday, that the resistance knows the geography and therefore knows how to avoid having rockets hit Arabs?"