Mount Zion gathering of Jews and Muslims breaking fast together

Hundreds of Israelis and Palestinians end fasts together

Amidst conflict, faiths unite Jews and Muslims who break fast together across Israel. 'It’s not about us vs. them,' says rabbi at Jerusalem event. 'It’s about us and them, about how we can live together in one land'.

As 122 Gaza rockets struck Israel Tuesday, hundreds of observant Muslims and observant Jews across Israel united to break their mutual fast day together.

The events brought the people of the two different faiths together, as the Jewish fast of the 17th of Tammuz, commemorating the Roman breach of Jerusalem’s walls, fell during the Muslim fast of the month of Ramadan, one of the five pillars of Islam. Thirteen breaking-fast gatherings were held across Israel.

The events, which were part of a global movement of interfaith break-fasts for the 18th day of Ramadan and 17th of Tammuz, were led and organized by a group called ‘Choose Life.’ 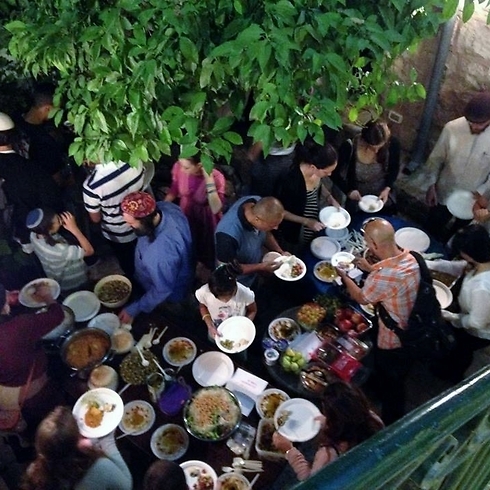 Mount Zion gathering of Jews and Muslims breaking fast together

Over 32 events, promoted on the group’s Facebook page that had Hebrew, English and Arabic translations of the event's name, took place internationally in mosques, synagogues, and community centers on June 15. Cities such as London, Paris and Kuwait City, as well as across the United States in cities New York, Austin and Cleveland all took part in the interfaith gatherings.

Over 100 people attended the break-fast event held on Jerusalem’s Mount Zion at the Jerusalem Inter Cultural Center. Rabbis and sheikhs imparted words of blessing to an audience of over 100 people.

Rabbi Yonathan Neril, founder and director of the Interfaith Center for Sustainable Development, stated to the audience that: “This gathering empowers the children of Abraham – Jews, Muslims, and Christians – to come together in the holy city of Jerusalem and see the humanity in the ‘other’.

“It’s not about us vs. them. It’s about us and them, about how we can live together in one land,” said Rabbi Neril. 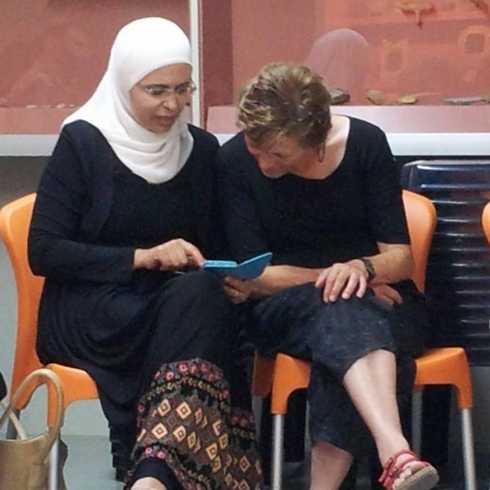 “The new generation needs to carry the message of how we can live together, because we are not born with signs over our heads that say we are Jewish, Muslim, Christian, or Buddhist. We are all one,” said Abu El Hawa.

“Let the world know that there are Israelis, Palestinians, Jews, and Muslims in Jerusalem and all over the land that do not buy into the narrative that we are enemies, that we have to hate each other, that we have to be at war with one another. We actually see things differently,” concluded McLean.