IDF forces identified some 13 Gaza terrorists who attempted to penetrate into Israel through a tunnel from Gaza Strip Thursday morning. 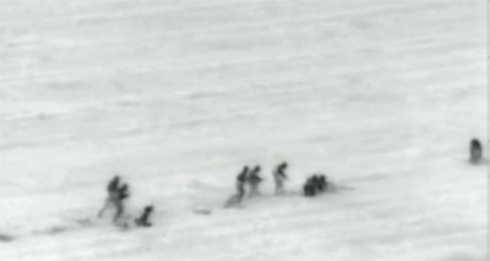 The IDF forces attacked the group and some direct hits were identified. The attempted attack took place near Kerem Shalom.

At roughly 4:30 am the group attempted to penetrate into Israel through a tunnel which the IDF had already identified via military lookouts near Kibbutz Sufa.

The soldiers attacked the tunnel shaft and the attack was thwarted, and causalities were sustained to the Hamas men. No Israelis were wounded during the attack but massive IDF forces were present at the scene on the ground and in the sky. 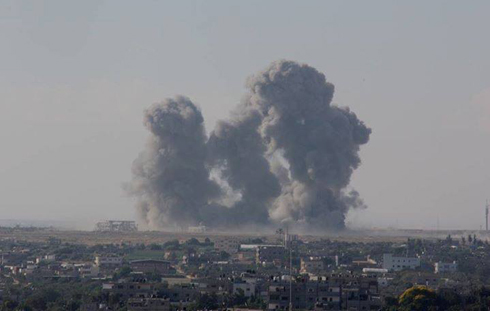 Lt. Col. Peter Lerner, an IDF spokesman, said the IDF believed at least one militant was killed in the strike and that the remaining fighters appeared to have returned to Gaza through the tunnel. Footage released by the IDF showed a number of individuals creeping slowly toward what appeared to be a hole in the ground. A separate shot showed an explosion from an airstrike on the tunnel entrance. 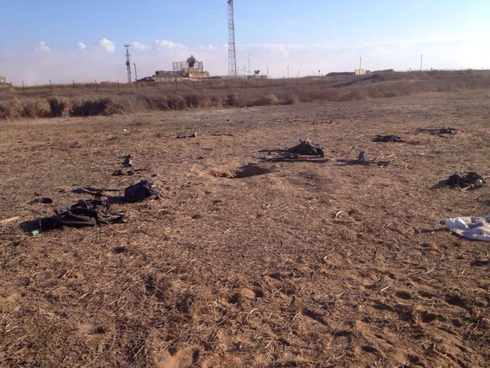 Lerner said the attack "could have had devastating consequences", adding that the militants were armed with "extensive weapons," including rocket-propelled grenades.

Hamas' military wing claimed responsibility for the infiltration, saying in a statement that "during the withdrawal after the completion of its mission," the militants were struck by "jet fighters." It said the group returned safely, however, and that no one was killed. 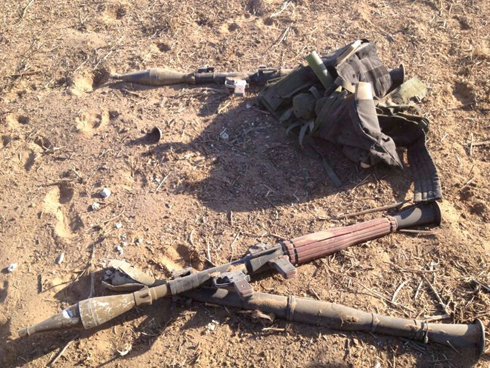 According to initial estimates, Hamas attempted to catch Israel off-guard, and launch a terror attack on an Israeli community.

The area was cordoned off by the IDF and local residents were asked to remain in their homes for many hours. The IDF searched the area, fearing terrorists managed to enter Israel through other tunnel. Forces also fired scores of mortars and artillery fire at the entrance to the tunnels in the Gazan side of the border.

After blowing up the tunnel and the terrorists, the IDF found large amounts of weapons, including rocket launchers and heavy artillery. 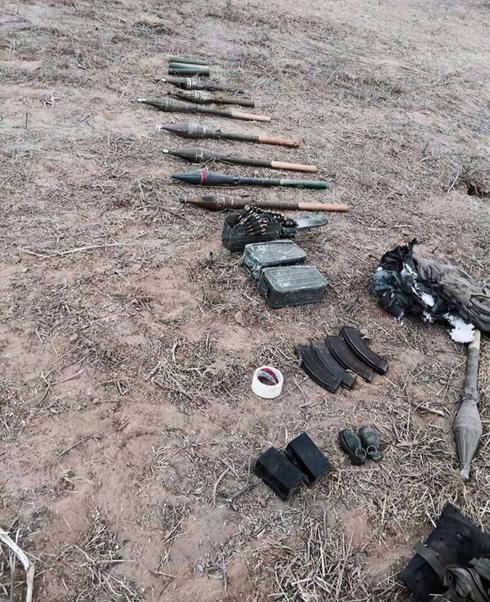 Daniel, a resident of Kerem Shalom, told Ynet that he woke up at roughly 4:30 am by IAF jets flying overhead and artillery fire. "There was massive tank movement because of the terrorists attempt to enter Israel. By 6 am I still heard IAF attacks and only then we got word that we could leave. Yesterday I sent my wife and daughter away, so I'm not afraid for them."

At the end of June, an explosion killed six members of Izz ad-Din al-Qassam Brigades, the military wing of Hamas, in a tunnel under the Israeli border Thursday, Palestinian officials said.

Eyewitnesses reported a large explosion near the border with Israel, but the IDF told AFP they had no knowledge of the incident.

Hamas, which ruled the Gaza Strip since June 2007, formally relinquished power over it on June 2, when Palestinian president Mahmud Abbas appointed a government of independents under a unity agreement.

But Hamas security forces remain in place in Gaza, and the Brigades were not disarmed, as the deal does not relate to the military factions of Palestinian movements.

In addition to tunnels dug under the Egyptian border to smuggle goods, militant Gaza groups use tunnels to infiltrate beyond Israel's lines.