Earlier, Hamas fired 2 rockets at Tel Aviv, both were intercepted; Sderot and Sha'ar HaNegev both under heavy rocket fire Monday morning; no injuries.

After rockets were fired at the Tel Aviv metropolitan area on Monday morning, rocket alert sirens were sounded in the Shfela area, including Rishon LeZion, Rehovot and the Ben-Gurion International Airport. Two rockets fired at the area were intercepted.

Several minutes later, the rocket alert siren blared through the Shfela again - as well as in Holon and Bat Yam.

Earlier, one rocket exploded near a home in Ashkelon. Damage was caused to a vehicle and the house, and four people were suffering from shock. Another rocket hit an open area in the Eshkol Regional Council.

Hamas claimed responsibility for the attacks a short time later, saying it had fired M-75 missiles at Tel Aviv. 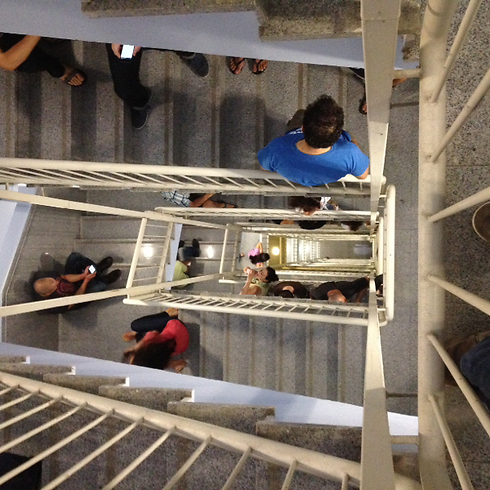 Seeking shelter in a stairwell

Iron Dome also intercepted two rockets fired at Ashdod at around noon on Monday, after sirens sounded in the city, as well as in Kiryat Malachi and Hevel Yavne Regional Council.

The Granot family home in Ashdod was hit with a 30 kilo warhead from a rocket that hasn't been intercepted, causing damage to the house. 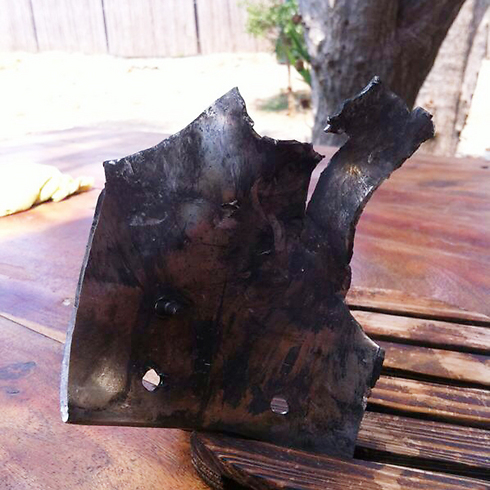 Shrapnel from the rocket that hit the Granot family home.

Father Yaakov Granot and three of his children were in the house. Had the warhead exploded, it would've destroyed a large section of the house, a bomb squad that arrived at the scene said.

"We don't want to just put a band-aid on it, we're willing to take it a little longer, as long as (the IDF) handles (Hamas) with full force," said Tal Granot.

The strikes came after a morning of heavy fire on the south of Israel, with sirens regularly wailing in various communities in the region.

Hardest hit in the south was Sderot, which was targeted every few minutes. The yard of a home was hit in the town, causing a fire to break out. No one was injured. 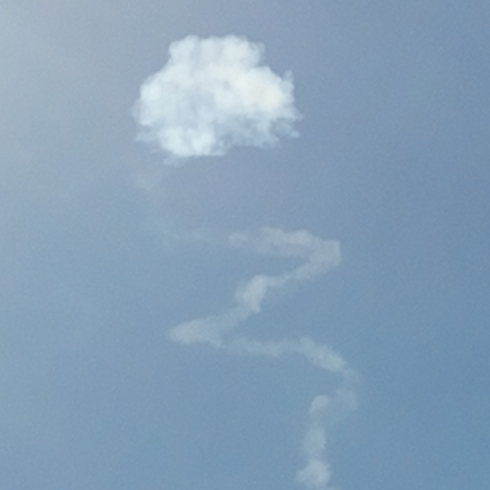