Rocket fire into Israel resumed on the fifteenth day of Operation Protective Edge, with a heavy barrage fired at central Israel at around 9pm Tuesday night.

Earlier, rockets were fired at southern Israel in the afternoon, and on the Tel Aviv area and the Shfela at around 10 am.

The Iron Dome intercepted at least one rocket as explosions were heard. In Yehud, a densely populated area suffered a direct hit, causing heavy damage. Fortunately no casualties occured. 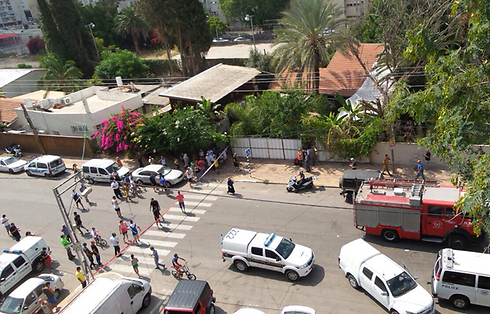 At around 2:45 pm, at least two rockets were intercepted over Be'er Sheva, while two others fell in open areas. 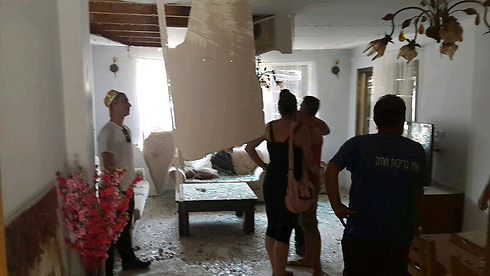 Photo: Gilad Morag
Magen David Adom paramedics stated that five people were wounded in the latest salvo, including four that sustained light injuries when they tripped while running to a protected space in Petah Tikva and Yehud, and one who was treated for anxiety. 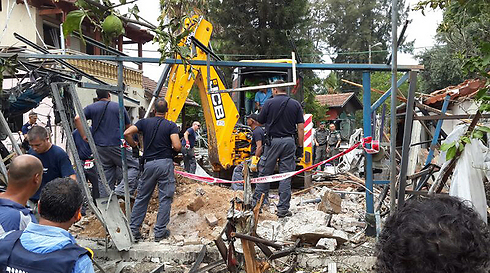 Earlier in the morning, Ashdod came under a heavy barrage of rocket fire with over 7 rockets that were fired at the area, all of which were intercepted. One of the rockets exploded near a school in the city’s territory. 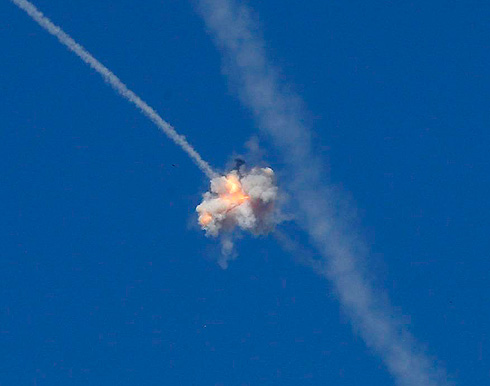 At around 6 pm, sirens sounded in the Regional Councils of Sha’ar HaNegev and Eshkol. A rocket exploded in an open territory in Sdot Negev and no injuries or damage was caused.

Overnight Monday, a rocket salvo was fired at Be’er Sheva with four rockets fired at the area at around 3 pm, of which one was intercepted and the others fell in open territories.

At 2:57 am, Code Red sirens sounded in Be’er Sheva and nearby communities, and in the Merhavim Regional Council after rockets from Gaza had been detected. The Iron Dome system intercepted one rocket. Three other rockets exploded in open territories. There were no reports of injuries or damage.