'Together we will win'

World Zionist Organization, Jewish Agency request Jews worldwide to post photos of themselves with Israeli flag and 'Together We Will Win' sign.

After handing out tens of thousands of Israeli flags throughout the country under the slogan "together we will win," the World Zionist Organization is now seeking to garner international public support for Israel, and is asking the Diaspora Jewry and supporters of Israel worlwide to take part in the effort by sending photos of support.

A letter distributed to emissaries of the Zionist organization and the Jewish agency requested that supports of Israel from around the world express solidarity with citizens of Israel and IDF soldiers by posting photos of themselves holding a flag of Israel and a sign with the slogan “Together we will win”. 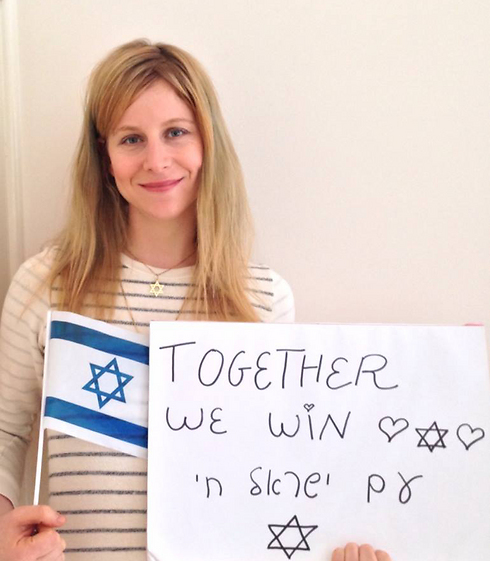 “As a result of the rocket attacks on Israel, infiltration attempts from Gaza, and the continued threat on Israel’s citizens, the Israeli Defense Forces and Security forces are fighting to restore peace to the country,” said the letter sent to envoys of the World Zionist Organization around the world. 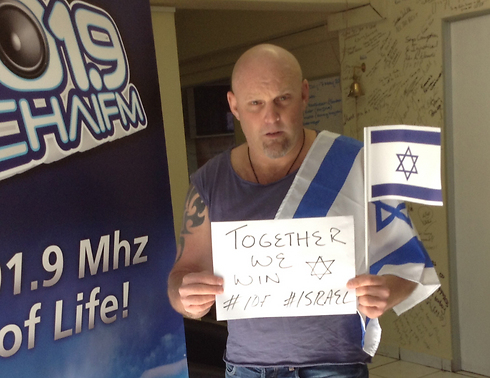 "Now is the time to unite, to hold our heads high and express our support of the Israeli Defense Forces and the citizens of the State of Israel," the letter added. 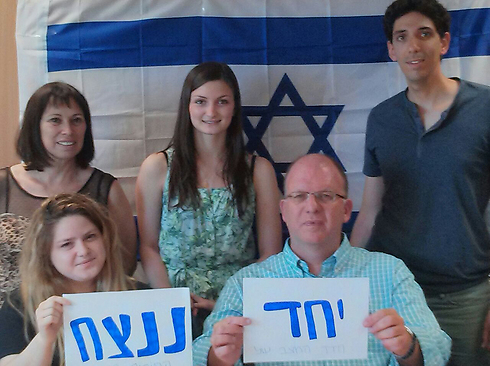 The campaign, which is in collaboration with Yedioth Ahronoth and Ynet, is part of the organization's extensive efforts in recent days to mobilize public opinion for Israel.

The Zionist movement also distributed flags in intersections and hung up banners saying "together we shall win" in central locations throughout the country.