Eight Israelis were wounded after a mortar hit in the Eshkol Regional Council. The incident took place less than an hour after a 30-year-old man was moderately wounded Thursday afternoon when an apartment building in Kiryat Gat suffered an indirect hit. Two other people were wounded in the incident.

Later in the evening rocket rained on Israel's south, with four rockets being intercepted over Ashkelon and two over Ashdod.

At the same time as rockets hit Kiryat Gat, sirens sounded in Tel Aviv, Ramat Gan and Giv'atayim and the Iron Dome intercepted one rocket fired at the area. Hamas said it fired one rocket at Tel Aviv and four more rockets at Kiryat Gat. 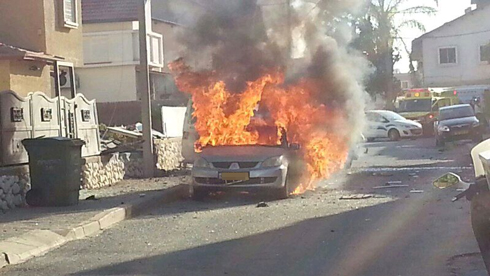 The man is a Chinese national employed in construction taking place in the area, and he suffered shoulder wounds caused by shrapnel. He was taken to a local hospital where he is receiving care.

Two other people were wounded in the incident when they ran to a shelter; one was a 14-year-old who had cut her leg and another is a 60-year-old man who fell and sustained moderate injuries. 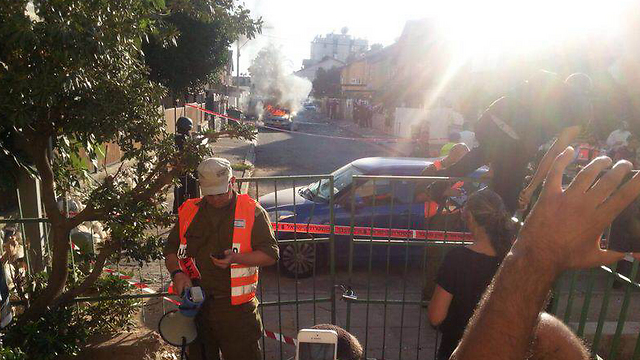 Code Red sirens blared across southern Israel in the earlier afternoon hours as seven rockets landed in the area of Eshkol Regional Council in the span of 45 minutes.

Sderot was hit with a heavy barrage at around midday, while the Israeli cabinet was meeting to discuss the operation in Gaza.

Six Code Red sirens blared through Sderot in a row as residents ran for cover. Ten rockets were fired at the southern city, 7 of them were intercepted and two fell inside the city near a school and a public park.

Two people were lightly injured, and several suffered from shock. 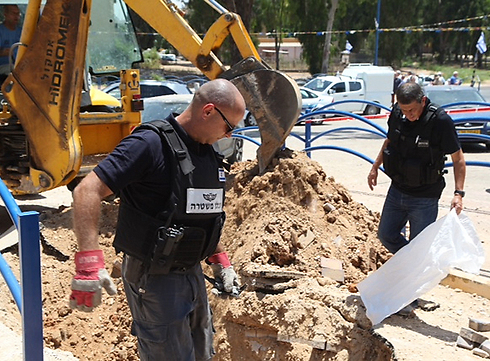 Rocket hits inside the city of Sderot (Photo: Motti Kimchi)

Two rockets hit open areas near Ashkelon about half an hour before the Israeli government meeting in Tel Aviv. A moment before it began, Code Red sirens were sounded in Eshkol and Hof Ashkelon. 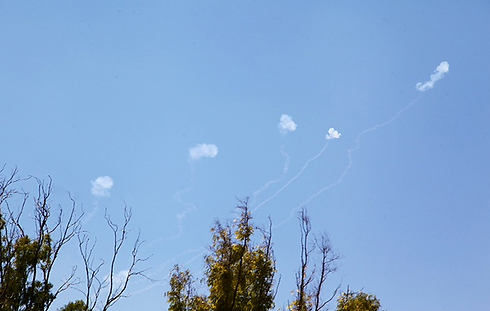 After a relatively quiet night in which only three rockets were fired at the Eshkol and Sha'ar HaNegev regional councils, falling in open areas, a grad rocket was fired at Be'er Sheva on Thursday morning. The grad fell in an open area, and no one was hurt.

In the past 24 hours, 85 wounded were taken to the Barzilai Medical Center in Ashkelon, both soldiers and civilians. 39 of them have been admitted, 37 of which are soldiers. Eight of them in serious condition, seven in moderate condition and the rest are in light condition.