Sgt.-Maj. Baynesain Kasahun was killed during infiltration into Israel; ten days later, his fourth daughter was born. Widow: 'I forgot about the pain during labor, and only felt pain for him.'

Ten days after he was killed in a terrorist infiltration incident, a daughter was born to Sgt.-Maj. Baynesain Kasahun, 39, from Netivot. After giving birth at Soroka Medical Center in Be'er Sheva, his widow Galaito said while holding her daughter: "I forgot about the pain of childbirth and only felt pain for him."

Kasahun was a combat soldier in the Gaza Division's northern brigade and was killed in the incident in which terrorists infiltrated an area near Kibbutz Nir Am and fired an anti-tank missile at the troops. 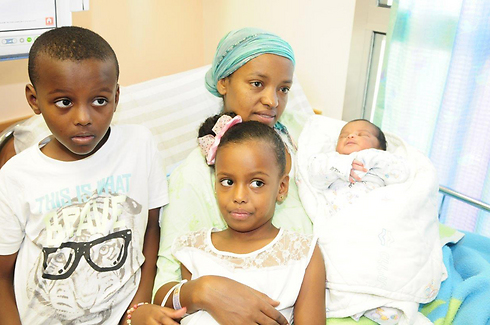 Galaito Kasahun with her children. 'I don't know how to go on from here'. (Photo: Herzl Yosef)

"It was an easy birth and that would have made him happy. He had been waiting for this birth," Kasahun, 34, told Ynet. It tore me up that I couldn't call him or text him. It's unfathomable." 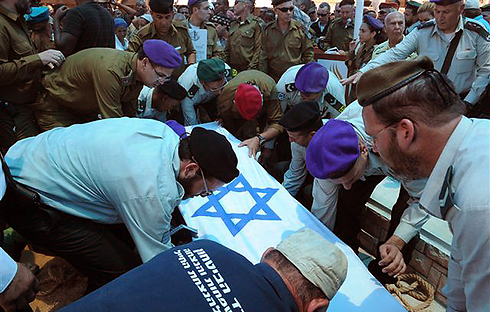 Sgt.-Maj. Baynesain Kasahun's funeral, last week (Photo: Herzl Yosef)
The last time they spoke was the night before he was killed. "You think it will never happen and then comes that moment when you get the message. Every day that goes by without a phone call from him and without hearing his voice makes me understand that it really happened."

"I don't know how to go on from here. It will be difficult. Nothing can fill the void, the gap that has been created. But God willing it will be fine." 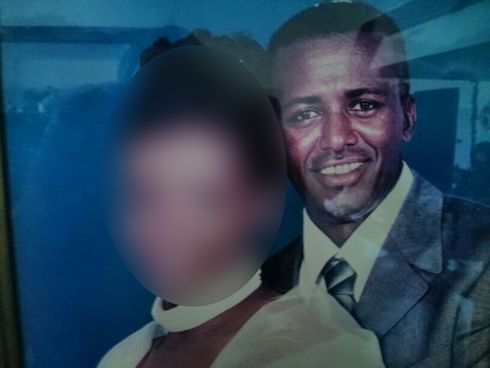 Kasahun added that the strength of her children inspires her. "I try not to cry for the children and believe that he would like for us to get back to normal. I hope at least that ultimately there will be a long-term calm and that there won't be another mother joining this circle in a year or two."

"My father was a hero," Kasahun's 7-year-old daughter told Israeli channel 2. "It was thanks to him that seven terrorists were killed."