Representatives of the Palestinian factions in Gaza arrived in Cairo on Sunday to present a united front on negotiations for a ceasefire. One PLO delegation member, Maher Taher, said the Palestinian demands were drafted earlier in the day and were presented to the Egyptian mediator.

Lebanese TV network Al Mayadeen also reported on the document, but did not note the clause about releasing the Shalit deal prisoners. The demands drafted by the Palestinian factions show that the deliberations in Cairo are futile without Israel's participation, as most of the document's principles require Israel's agreement. 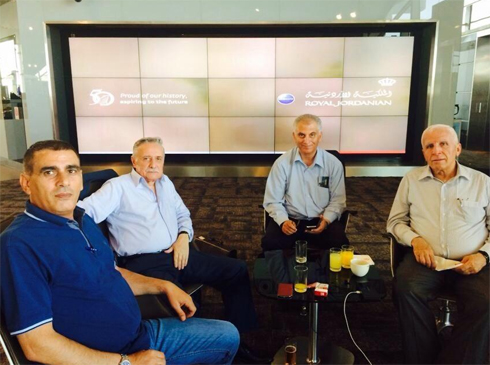 The Rafah Crossing is not mentioned directly in the document – outside a general call for opening the border crossings. It appears that the factions do not want to pressure Egypt into seeming like it was the only party to unwillingly accept one of Hamas' conditions. 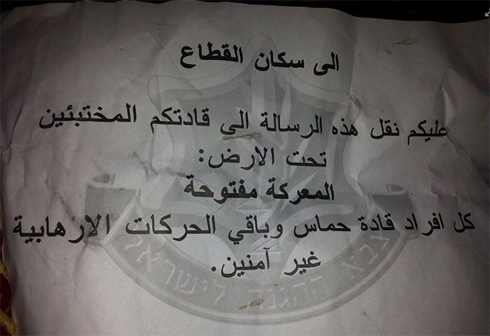 IDF leaflet airdropped on Gaza during Operation Protective Edge
The document also emphasizes that the Palestinian unity government is responsible for Gaza, which represents an achievement for both Fatah and Mahmoud Abbas – who were mentioned in the demand to release the fourth wave as "originally promised by Israel to the Palestinian Authority." A previous demand to release both the Shalit deal prisoners and Hamas' leaders in the West Bank has been taken out of the draft.

Meanwhile, the IDF has airdropped leaflets on the northern Strip calling on Gaza residents "to pass a message to your leaders hiding underground: The campaign continues. All of the leaders of Hamas and the rest of the terror groups are in harm's way."