A tank and used ammunition in Kfar Aza
Photo: Gettyimages

For the duration of Operation Protective Edge, the deafening silence in these near-deserted communities was only broken by soldiers and military vehicles. Now that quiet has returned, will the locals?

More than 24 hours into a ceasefire that has brought an end to the rocket and mortar fire, as well as terrorists tunnel infiltations from Gaza, the IDF has told the residents of the south that it is safe to return home. But some residents of the kibbutzim, moshavs and other communities along the Gaza border are still wary.

With most of the residents gone, thousands of soldiers had moved into these border communities border at the start of Operation Protective Edge a month ago. They patrolled carrying guns - ready for any nasty surprises.

This reality was unsurprising, given the constant mortar fire – but the most disturbing question remains: Would the situation change now the fighting is over? "No one can promise us calm," residents said.

The communities that are defined as "on the Gaza border fence" are located within four kilometers from the border. Their situation is far different than that of the rest of the Negev and the southern communities, due to the threat of infiltration through terror tunnels. These communities had become, in a way, the IDF's front line. 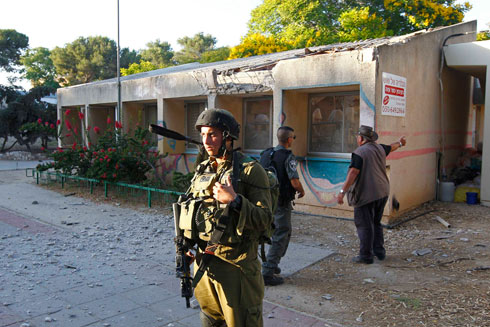 More than 80 percent of these communities' residents fled their homes and moved to the north or the center of Israel, staying with friends and relatives. Only few people remained, mainly those who hold key positions in security and agriculture, which forces them to stay. As opposed to them, the residents of kibbutzim located 4-7km from the border, residents have already begun returning to their homes and resume their daily routine as much as possible.

"Can anyone tell me for sure that it's all over? That all tunnels are destroyed? That the hundreds of armed soldiers have left?" wonders Moran Freibach from Kibbutz Nahal Oz, one of the closest kibbutzim to the Gaza border. 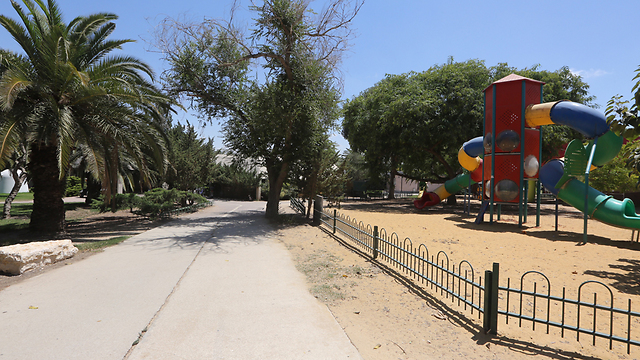 "As far as we are concerned this operation continues and at the moment we don't see ourselves returning. It's not easy to be far away from home for so long. We miss our home, work and daily routine; I can understand those who return to their homes despite everything," added Freibach.

Varda Goldstein from Kibbutz Kfar Aza said that "At the moment the families are not returning to their homes, but we are in close contact with everyone. The situation here has stayed the same as it was when the operation began. We hope this will all end soon, and all the kibbutz residents will return".

With the education framework in these communities paralyzed, and places of work operating on emergency footing only, the parents don't really see a reason to return. Most of the communities were considered a closed military zone; suppliers entered the kibbutz only with special authorization and strangers were forbidden from even getting close. The swimming pools were closed and the residents told to stay 15 seconds from a bomb shelter. 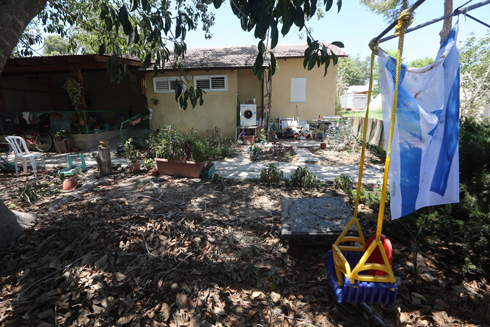 Noam Shtal from Kibbutz Kfar Aza elaborates: "Almost all the families with children left the kibbutz at the beginning of the operation. Basically the kibbutz is empty. Between 150 and 180 people are being hosted by Kibbutz Nir HaEmek, for which we are grateful. Other residents are staying at Kibbutz Ruhama and the rest are staying with friends and relatives."