Rocket fired from Gaza Strip at the Be'er Sheva region were intercepted Friday after rocket fire hit two house in Sdreot, no injuries were reported in the attacks. In response, the IAF renewed its attacks on Gaza Strip hitting over 40 targets, killing at least five Palestinians.

The attack came after air raid sirens wailed in Ashkelon and in Gaza-border communities almost without end since 8 am when the ceasefire ended after Hamas refused to extend the truce, with more than 60 rockets and mortars fired on Israel; two casualties were reported in the morning hours. 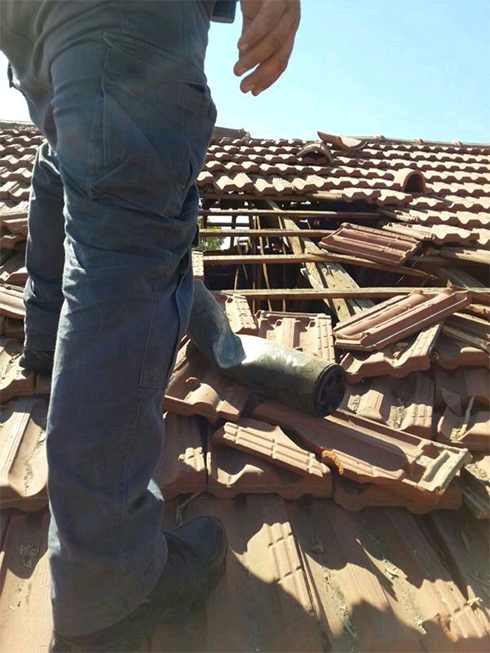 The wounded civilian is 71-year-old Dr. Nachmi Paz, the director-general of Sapir Academic College. He sustained light-to-moderate injuries and was evacuated to Soroka Medical Center. The soldier, 20, is in light condition and was hurt in his lower limbs and evacuated to Barzilai Medical Center.

Islamic Jihad claimed responsibility for part of the salvo on communities in southern Israel.

At 8 am, when the ceasefire officially expired, a rocket was fired on Ashkelon from Gaza. Iron Dome intercepted the rocket, as Code Red sirens blared in Hof Ashkelon and Eshkol Regional Councils. The rocket fire has not ceased since that time.  During one of the salvos, a few homes in Sha'ar Ha Negev were damaged by shockwaves and shrapnel.

In the afternoon, a rocket salvo fire at Be'er Sheva saw at least two rockets intercepted in the region.

As of 10:25 am, the IDF was holding its fire. Shortly after, political sources said that the prime minister and defense minister ordered the military to decisively respond to Hamas' breaking of the ceasefire. The IDF began attacking Gaza around 10:40 am. 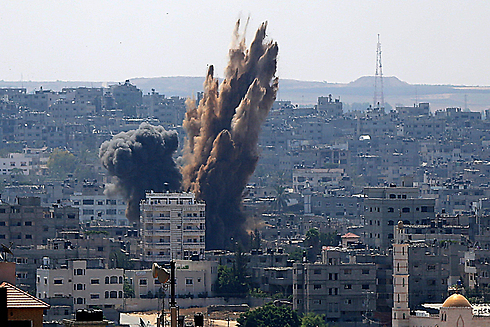 According to the militarty, since the IDF renewed its fire on Gaza, it hit over 40 targets in the Strip, targeting a Hamas command center in northern Gaza, an arms munition center and rocket launching sites in southern and cetnral Gaza. One person was reportedly killed in another attack on Rafah later Friday afternoon.

According to Gaza health officials, five Palestinians were killed while 31 were wounded.

The IDF also began sending messages to Gaza residents, according to which Hamas has rejected the ceasefire and has put them in harm's way. "Hamas' leadership has decided to keep up with its terror activities and are taking you with them, again. The IDF will continue its operation," the IDF said in recorded phone calls to residents.

After a huge explosion in Gaza City, apparently from an air raid, a military spokesman said Israel had responded to Hamas rocket fire by launching air strikes at "terror sites" across the Gaza Strip.

"We will continue to strike Hamas, its infrastructure, its operatives, and restore security for the State of Israel," Lieutenant-Colonel Peter Lerner said in a statement.

Two rockets fired from Gaza landed in open areas in Eshkol Regional Council earlier on Friday at 4 am, hours ahead of the expiration of the 72-hour ceasefire that ended a month of violence, the IDF said.

A senior official says Hamas has decided not to extend the ceasefire with Israel because Israel has rejected all of the group's demands in indirect talks in Cairo.