Obama: Netanyahu will compromise only if pressured

In special interview with New York Times on Middle East, Obama says PM Netanyahu is too strong, Abbas too weak to advance peace deal, adds that it is 'hard' to see PM able to make concessions.

"Netanyahu is too strong (and) in some ways Abu Mazen is too weak," US President Barack Obama said in a comprehensive interview with New York Times columnist Thomas Friedman Friday, commenting on the balance of power between Israel and the Palestinians.

However, President Obama also noted that the high percentage of support for Prime Minister Netanyahu among the Israeli public proves to be a weak point for him. "If he doesn’t feel some internal pressure, then it’s hard to see him being able to make some very difficult compromises, including taking on the settler movement. That’s a tough thing to do." 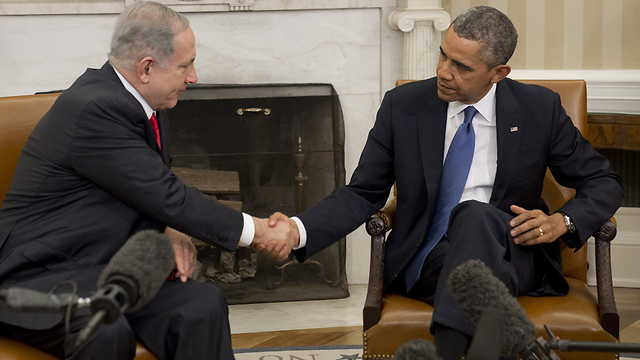 Relations that have seen ups and downs. Netanyahu and Obama at White House (Photo: AFP)

Obama also spared no criticism of Palestinian Authority President Mahmoud Abbas, and stated that "in some ways Abu Mazen is too weak," while "Bibi is too strong."

The American president told Friedman in the interview that the combination of the two leaders' strengths and weaknesses makes it difficult "to bring them together and make the kinds of bold decisions that Sadat or Begin or Rabin were willing to make."

According to Obama, the solution lies in the leaders' own hands. Advancing towards a peace agreement will "require leadership among both the Palestinians and the Israelis to look beyond tomorrow. ... And that’s the hardest thing for politicians to do is to take the long view on things.” 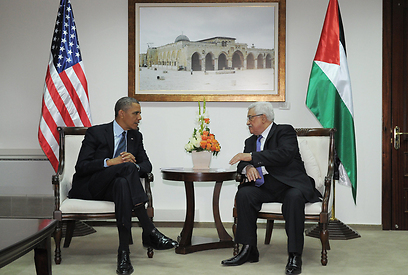 'In some ways Abu Mazen is too weak' (Photo: AFP)

In the interview, Obama outlined Israel's development over the years. "It is amazing to see what Israel has become over the last several decades,” he said.

“To have scratched out of rock this incredibly vibrant, incredibly successful, wealthy and powerful country is a testament to the ingenuity, energy and vision of the Jewish people. And because Israel is so capable militarily, I don’t worry about Israel’s survival," Obama explained.

"I think the question really is how does Israel survive. And how can you create a State of Israel that maintains its democratic and civic traditions. How can you preserve a Jewish state that is also reflective of the best values of those who founded Israel. And, in order to do that, it has consistently been my belief that you have to find a way to live side by side in peace with Palestinians. ... You have to recognize that they have legitimate claims, and this is their land and neighborhood as well.”

"Most sustained period of antagonism in Israel-US relations"

Ever since President Obama took office in January 2009, the relationship between the Israeli Prime Minister and the American President has seen many ups and downs. During Operation Protective Edge, it appeared that this conflict escalated even further.

The criticism from Israeli officials regarding Secretary of State John Kerry's effort to achieve a ceasefire between Israel and Hamas and Netanyahu's scolding of American ambassador to Israel Dan Shapiro led the New York Times to reach the conclusion earlier this week that it is unclear "how the relationship recovers as long as you have this president and this prime minister.” 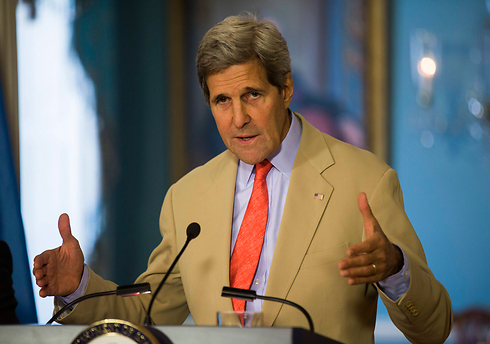 The newspaper claimed that the US condemnation of Israel's strike on a United Nations school in Rafah, that included within it words such as "appalled” and “disgraceful”, expressed the mounting American frustration towards the Israeli government in recent weeks.

According to the New York Times, American sources were left "to seethe on the sidelines", after Netanyahu dismissed their efforts to end the current conflict in Gaza following Netanyahu's dismissal. "

"President Obama has had few levers to influence Prime Minister Benjamin Netanyahu’s government on the current conflict in Gaza," the newspaper wrote.