Mohammed Abu Khdeir's killer: 'They took three of ours, so let's take one of theirs'

Joseph Ben-David tells investigators how his plan to abduct and beat an Arab ended in the savage murder of a 16-year-old boy from Arab East Jerusalem.

The testimony of 29-year-old Joseph Ben-David, who confessed to murdering Arab teen Mohammed Abu Khdeir, shows how what was initially meant to be a beating or vandalism eventually became a plan to murder an Arab in retaliation for the kidnap and murder of three Israeli Jewish boys in the West Bank.

In his police testimony, Ben-David, who is accused of murdering of 16-year-old Abu Khdeir and being the driving force behind the horrific act, detailed the events of the night of the murder that shocked the entire country and set East Jerusalem blaze.

Ynet on Monday obtained the transcripts of Ben-David's interrogation, published here for the first time.

Mohammed Abu Khdeir, from Shuafat, was kidnapped in early July, allegedly by Ben-David and two other Israeli Jewish youths. According to the indictment, the three first spotted the boy around 3:45 am on the morning of July 2. The charge sheet states that two of the accused got out of their car and spoke to the teen in order to ensure that he was an Arab. Mohammed, who became suspicious, called his uncle and tried to get away, but the accused beat him and forced him into the car. 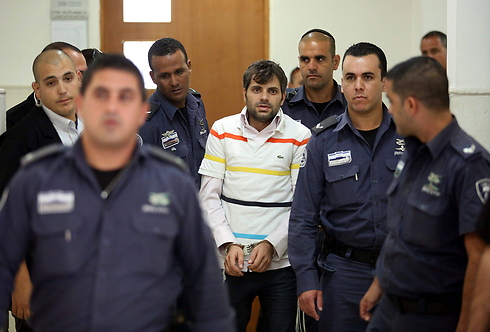 In his testimony, Ben-David, from the Jerusalem-area settlement of Adam, describes how on June 30, the day that the bodies of missing teenagers Gil-Ad Shaer, Naftali Frenkel and Eyal Yifrach were found in the West Bank, he finished work at his optical store in Jerusalem, went home, had dinner with his wife and then drove to collect one of the youths who would later allegedly take part in the murder.

During the journey, in the car belonging to Ben-David's father, the two began to talk about the three boys who had been kidnapped and murdered by terrorists.

"We decided we had to take revenge for what they did. Both of us were saying, 'Let's avenge,' I said my blood was boiling and he said his blood was boiling and the whole country was silent and we were wondering why they did this to them, and what had they been guilty of?" Ben-David said in his interrogation.

After this, according to Ben-David's testimony, the decision was made to head the Arab neighborhoods of Shuafat and Beit Hanina in East Jerusalem, to "abuse someone or damage Arab property or hit someone, there was nothing definite …" The two then drove around the Arab neighborhoods of East Jerusalem, but because they only encountered several Arabs together, avoided confrontation.

"We were looking for a single Arab man so we could arrange for him to be beaten up," said the murder suspect.

'Beat him and dump him'

Eventually, the two spotted a woman with a buggy and two small children in French Hill area. The youth with Ben-David got out and attacked the children and then the mother.

"We said she won't bring any more children into the world, so we decided to beat her up. She was wearing a head covering ... He grabbed the boy in a stranglehold ... and kicked the other boy so he would run away ... I saw he punched her in the nose... she flew to the ground and screamed," Ben-David said.

The two fled the scene, the youth returned to the yeshiva where he was studying and Ben-David returned home. The next day, they arranged to meet again at Ben-David's home, along with another minor, "to play guitar". But when the three met, the issue of revenge was brought up again, this time the goal was stated.

Ben-David described in his interrogation the sequence of events.

"We said we would take revenge on the Arabs and go and burn one of theirs, in fact I knew before then that I was going to burn (someone), and I took three empty bottles from the house, we found two more, and went to the Hizma gas station, where I filled five 1.5 liter coke bottles with fuel."

Ben-David detailed his intent to set someone alight, and recalled filling the bottles in his testimony: "We were irate and angry and determined to burn something of the Arabs ... we said they took three of ours - let's take one of theirs." He explained how they decided to abduct someone, "beat him and dump him."

The three again looked for a victim in the Arab neighborhoods of Jerusalem and the surrounding villages, as they smoked cigarettes and drank energy drinks. Ben-David described the experience of an Arab vendor short-changing them led them to rethink their original plan somewhat: "So we decided to abduct someone, not to kill, but to beat him… "

The three continued with their search, when they suddenly noticed Mohammed Abu Khdeir. At first, he disappeared from their view, but just before they gave up - according to Ben-David – they saw him again sitting alone. Ben-David immediately stopped the car and the two youths with him got out. "I told them, we can overpower him, get out of the car quickly." 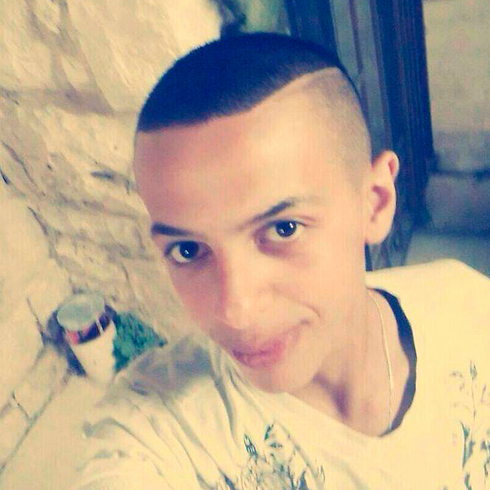 At the same time the boys noticed that Abu Khdeir had become suspicious, had stood up and was trying to make a call on his cell phone. "At that moment I saw that A. had given the boy a slap and Y. covered his mouth so he couldn't scream," Ben-David said, referring to the two minors who cannot be named. "A. entered the car first and he caught the boy's hands, Y. shut him up and forced him into the car, the boy tried to go wild and put out his leg, so that we could not close the door."

In order to get him into the car, Y. took his hand from Abu Khdeir's mouth, allowing him to call out his final words, "Allahu Akbar," Ben-David said. Abu Khdeir was pushed into the car, and Ben-David locked the doors. At that point, a vehicle arrived at the scene and the driver called out to them. They drove away.

"At that moment I did not believe it was happening really, at this point Y. was choking the boy, and I shouted to him, 'finish it, finish it. Kill him'," he testified.

'This is for the Fogel family, this is for Shalhevet Pass'

Ben-David then described the sequence of events that followed the abduction: "The boy began to gurgle and at a certain point stopped fighting and did not speak ... The atmosphere in the car was one of fear that this was real… we did not believe it was happening." Ben-David subsequently decided to head for Jerusalem Forest "so as to get rid of him, I said 'finish him because they have seven lives, so he won't get up."

Ben-David then pulled the car over and turned off the lights, as he pulled Abu Khdeir out of the car.

"I touched the boy's leg and it was cold, at this point his eyes were open and he was unconscious ... I did not see the boy's face, I was nervous and frustrated, I pulled the boy by his hoodie and he fell onto the floor. I was shaking that he would rise up against me, I said, 'Where is the crowbar, where is the crowbar', I can't remember if someone gave it to me or I took it myself... then I hit the boy on the head with the crowbar as I said, 'this is for the Fogel family and this is for Shalhevet Pass', and the blood began to flow."

After beating Abu Khdeir unconscious with blows to the head, Ben-David ordered one of the minors to bring the fuel, the second minor preferred to stay in the car and not take part. 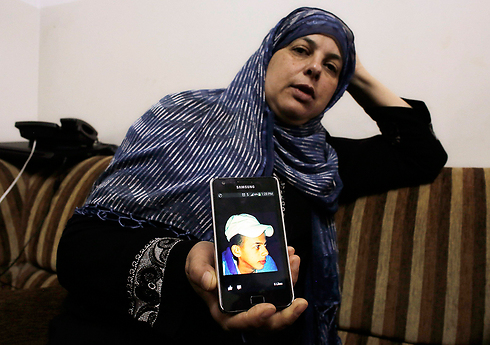 Before setting fire to Abu Khdeir, who, according to the pathological report was burnt alive, Ben-David kicked him. According to his testimony: "I gave the boy three kicks to the legs, and saying as I did 'This is for Eyal, and this is for Naftali, and this is for Gil-Ad'." Ben-David continued: "I took a lighter, I set the boy alight."

In reply to the question of whether they were planning to commit murder before they set out, Ben-David contradicted himself, claiming in parts of his testimony that he had only sought to beat someone and release him, and only after kidnapping Abu Khdeir did he decide to "finish him, kill him."

In another testimony, however, he admitted: "We planned to hurt him, that means kill ... torture him and kill him." When asked what he meant by "torture", he replied: "So the victim would know that he was going to die as a sacrifice for the murdered Jews".

'We are Jews, we have a heart'

The three got into the vehicle, fearing that it had been burned as it was parked next to Abu Khdeir. Ben-David added that: "The motive was not, God forbid, to burn ... we heard a noise and we were afraid he would get up - so we decided to kill, get rid of him ... When I say we cannot bear to see blood, it means we are not cruel like the sons of Ishmael."

The three later destroyed the evidence, the murder weapon, Abu Khdeir's shoes and other items. They washed their hands with sprinklers, smoked and changed clothes to get rid of the smell of fuel.

"There was a huge amount of tension and we could not talk because what we had done was not like talking about it, we are Jews, we have a heart," he said. Later, the three discussed how easy it had been to catch Abu Khdeir. "And everyone poured out their heart and regretted what we had done. I told them, but it was a goal, but not for us, we were wrong, we are compassionate Jews, we are human beings"

Later, the three went back to Ben-David's home. On the way, the police stopped them at the Hizma checkpoint. "My heart pounded," he said. They opened the trunk of the car, asked them for identification and informed of Ben-David that he had been driving without lights. When they reached Adam, they played guitar and went to sleep.

During the trip to the Jerusalem Forest, two of the accused strangled Abu Khdeir, and he lost consciousness. Shortly before the entrance to the forest, Ben-David asked the two boys to take the victim's phone, then threw away the battery and destroyed the memory card.

The defendants took the boy out of the car and kicked him in the head while reciting the names of the Fogel family, Shalhevet Pas and the three boys kidnapped from Gush Etzion. Ben-David told the two boys that they had to burn the victim, "so he would not rise up against them" and destroy any evidence that might link them to the act. The two poured gasoline on Abu Khdeir, and one of them struck him. Abu Khdeir burned to death while he was unconscious.

When asked if he would like to add something other than his responses to the questions, Ben-David said: "I express regret from the bottom of my heart for the youths who had been abducted and murdered and Shalhevet Pass and the Fogel family, and I express my sorrow and regret for what I did to the youth Abu Khdeir... and I express regret to the family of the boy, and I hope that God will forgive me."

"This is a grave and shocking act perpetrated against an innocent boy," wrote Attorney General Yehuda Weinstein in the indictment. "I wish to express my deep regret for this cruel act, which goes against basic human morality." .