Khamenei slams US about Ferguson, Israel

Iran's spiritual leader, known for his strong rhetoric against the US and Western countries, surprised many when he tweeted his interpretation of the shooting of an African American teenager in Missouri, tying case to Israel as well.

Following the release of the name of the officer who fatally shot African American 18-year-old Michael Brown from Missouri, Iranian Supreme Leader Ayatollah Ali Khamenei found the time between his tweets on his county's nuclear program and the Israel-Hamas conflict to address the problem of racism against African Americans in the United States.

In a series of tweets posted on Friday on his Twitter account, he wrote that the "brutal treatment of black people" isn't the only "anti-human rights act" carried out by the US government, adding that the world should "look at US's green light to Israel's crimes". 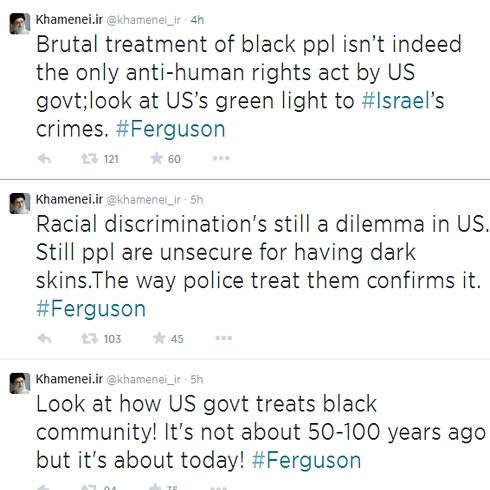 In another tweet, it appeared that Khamenei has tremendous empathy for the struggle African Americans face in the US: "Racial discrimination's still a dilemma in US. Still people are unsecure for having dark skins. The way police treat them confirms it." 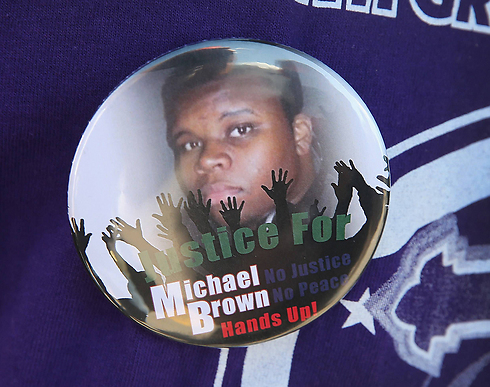 Protestors chanted "no justice, no peace" in wake of 18-year old Michael Brown's death (Photo: AFP)
"Look at how US govt treats black community!" he wrote in another tweet to his followers. "It's not about 50-100 years ago but it's about today!"

Anger spurred by the death of a black teenager at the hands of white police officer boiled over again on Friday when protesters stormed into a Missouri convenience store — the same store that Michael Brown was accused of robbing. 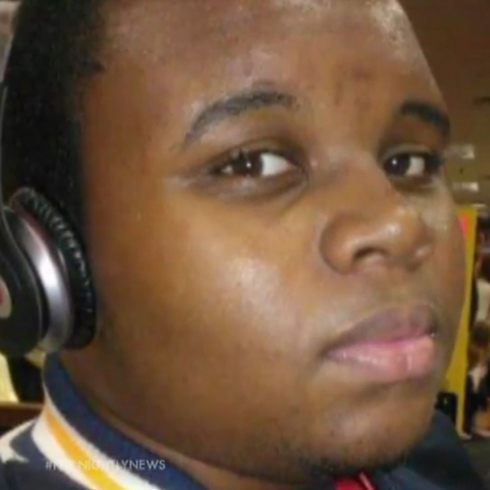 18-year-old Michael Brown was shot and killed by a police officer
On Friday, Police and about 200 protesters clashed again in Ferguson, Missouri late Friday after another tense day in the St. Louis suburb that included authorities identifying the officer who fatally shot an unarmed black teenager and releasing documents alleging the young man had been suspected of stealing a $48.99 box of cigars from a convenience store in a "strong-arm" robbery shortly before he was killed.

Several hundred people congregated on a busy Ferguson street Friday night as protests continued nearly a week after 18-year-old Michael Brown was shot and killed by a police officer. It was peaceful until about midnight, when a large crowd broke into the convenience mart that Brown allegedly robbed the day he was killed. 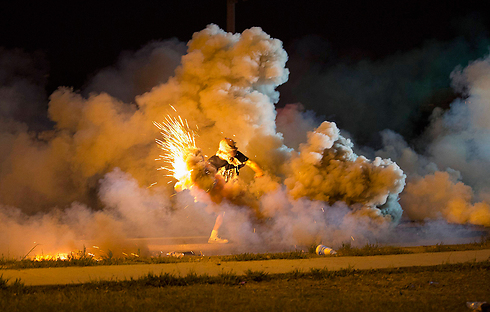 Missouri State Highway Patrol Captain Ron Johnson said some in the crowd began throwing rocks and other objects at police. Police used tear gas to disburse the crowd but no arrests were made. One officer was hurt, but information on his injuries was not immediately available. No protesters were hurt. 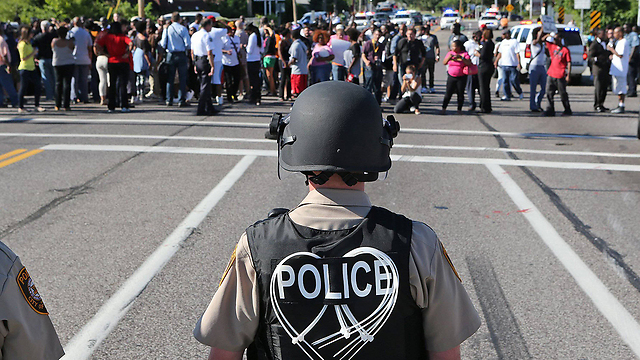 Police Chief Thomas Jackson earlier Friday said the officer who shot Brown did not know the teen was a robbery suspect at the time of the shooting and stopped Brown and a companion "because they were walking down the middle of the street blocking traffic."