Sainsbury's branch removes products, made in Britain and Poland, as 'precautionary measure' after pro-Palestinian protesters ransacked Tesco store in Birmingham.

A supermarket chain branch in central London removed kosher food from its shelves on Saturday afternoon over fears it would be a target for the anti-Israel protesters who were demonstrating nearby, the Guardian reported on Sunday.

The kosher section in the Holborn Sainsbury's store was emptied out after pro-Palestinian protesters ransacked a branch of competing supermarket chain Tesco in Birmingham on Saturday. The demonstrators, which demanded the store stopped selling food imports from Israel, harassed staff and customers, according to the Telegraph.

Colin Appleby, who posted a photo of the empty shelves at Sainsbury's on Twitter, said a staff member defended the decision to remove the products, saying "We support Free Gaza." 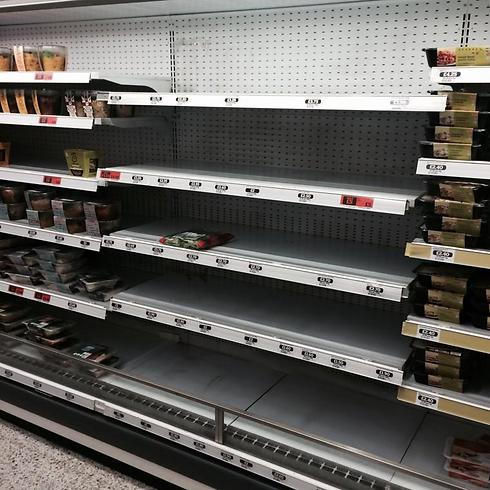 Claims of anti-Semitism arose on social media following the posting of the photo, as many, including Appleby himself, have noted the kosher food was not imported from Israel, but rather made in Britain and Poland.

"I didn't try to point out that kosher goods were not Israeli goods but they walked away," he wrote on Facebook about the staffers, according to the Guardian.

Sainsbury's responded to Appleby on Twitter, saying: "The decision was taken to move these products to chilled storage elsewhere in the store for a short period on Saturday, as a precautionary measure during an ongoing demonstration close to the store. They were returned to shelf as soon as possible. We apologize for any inconvenience caused."

Appleby later posted an update on Twitter, saying the shelves have indeed been restocked, and that he was told the staffer "has been suitably chastized." 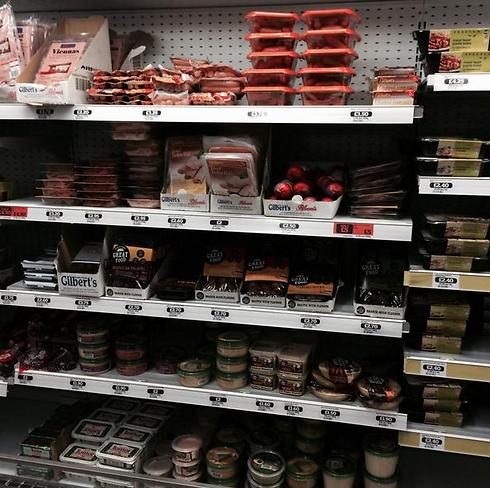 Kosher food shelves restocked (Photo: Colin Appleby on Twitter)
A spokesperson for Sainsbury's told the Guardian it was "an absolutely non-political organization," and denied the decision was racist. Calling it "an isolated decision made in a very challenging situation," the spokesperson said there will be no investigation or action taken against the branch manager. "It was the manager's decision there and then – not company policy at all. We have had similar demonstrations at stores where people have gone in and removed goods, though no great damage was done," she told the Guardian. Former British MP Louise Mensch took to Twitter as well to condemn Sainsbury's, saying that "rather than call the police on demonstrators they took kosher food OFF their shelves." "That is disgusting, @Sainsbury's you are sick. You discriminate against British Jews instead of calling the police, how dare you," she went on to say. Mensch also stressed the difference between kosher food, and Israeli-made products. "Dear @Sainsburys kosher is JEWISH food. Israel is a COUNTRY. How DARE YOU equate Jews' food to ISRAEL, how dare you #EverydayAntisemitism."