Gaza militants resumed their rocket fire campaign against Israel on Wednesday, with at least 168 rockets launched at Israel since last midnight. Rockets were fired at central Israel Wednesday evening, and over 35 missiles exploded in Eshkol Regional Council in the south, which was the central target for Gaza militants throughout the day. Some 23 rockets were intercepted by Iron Dome. 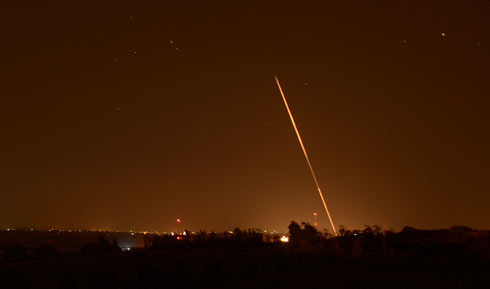 At 11:04 pm, a rocket from Gaza struck outside of a town in the Eshkol Regional Council, while another was intercepted over Ashdod. No injuries were reported as a result of the attack. In response, the IAF hit a number of targets in Gaza, and the military claims they identified direct hits. A little later another rocket launched from Gaza fell in the sea, across from Ashdod's coast.

A salvo of rockets was also fired at Israel at 9:45 pm, but the majority fell in the sea, but at least two fell in open areas in Ashdod. 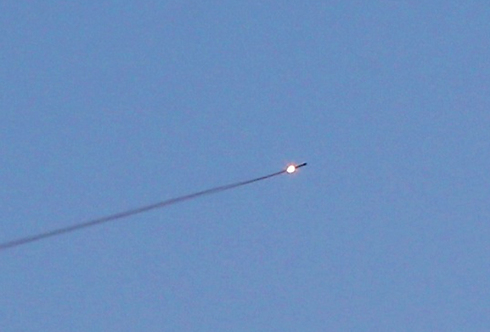 At 8:30 pm, a rocket from Gaza exploded in a town in the Eshkol regional Council. No injuries were reported as a result of the attack.

Shortly before 7 pm, sirens were heard throughout central Israel, and one rocket was seen intercepted over Tel Aviv. Hamas claimed responsibility for the attack and said it fired a M75 rocket at Tel Aviv. Two additional rockets were felled over Be'er Sheva and one more hit Ashkelon. 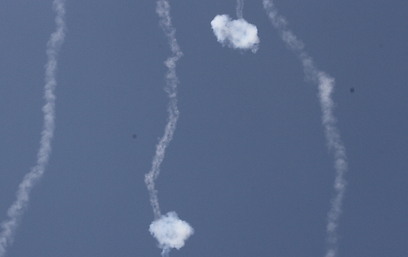 At 6:45 pm, an Iron Dome missile defense battery intercepted two rockets over Ashkelon and another two over Netivot.

At 6:15 pm, four rockets from Gaza exploded outside a town in the Eshkol Regional Council. No injuries were reported as a result of the attack, bringing the number of rockets fired at the council to 47 in the past day.

At 6:06 pm, two rockets from Gaza exploded in open areas in the Merhavim Regional Council. No injuries or damage was reported.

At 5:30 pm, three rockets from Gaza exploded in the Eshkol Regional Council. Two of the missiles fell inside a town but no injuries or casualties were reported as a result of the attack. Afterwards an Iron Dome missile defense battery intercepted two rockets of the Hof Ashkelon Regional Council. 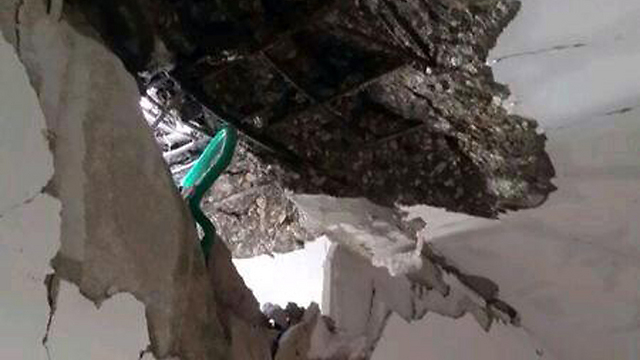 At 3:40 pm, rocket explodes in open area in Ashkelon and shortly after in Sdot Negev; no injuries were reported. At the same time the IAF hit two terror operatives involved in rocket attack against Sderot earlier Wednesday.

At around 1:45 pm, one rocket exploded in Hof Ashkelon Regional Council, causing light damage to a road in the area. 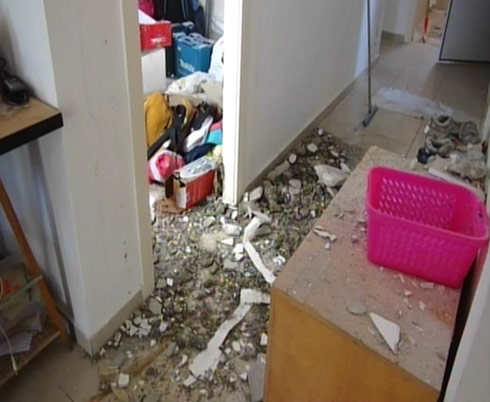 Shortly after 12:15 pm, Iron Dome intercepted four rockets in the skies of Ashdod.

Around noon, one rocket exploded within the Hof Ashkelon Regional Council; Iron Dome intercepted one. Two more rockets exploded in open areas in the Eshkol Regional Council, near the Gaza security barrier.

Shortly after 11:30 am, air raid sirens sounded in Eshkol. Two rockets exploded in the regional council's area – one inside a town. Light damage was caused to a reinforced wall.

At around 11:00 am, seven rockets exploded in Eshkol, two of them insides local communities; vehicles and structures were lightly damaged. Two rockets also exploded outside of Sdot Negev communities.

Hof Ashkelon Regional Council came under heavy rocket fire at around 10:00 am as four rockets exploded in open areas in the council.

The fighting between Israel and the Palestinian factions in Gaza restarted on Tuesday after Hamas violated an extended ceasefire some 8 hours before its expiration. The Israeli military recalled 2,000 reservist soldiers back to duty, after they were expected to be released Tuesday.

The IDF attacked 30 terror targets overnight Tuesday in the Gaza Strip, most of which were Hamas operation rooms and weapon-manufacturing facilities.

The IDF has attacked some 60 terror targets in the Gaza Strip since Hamas renewed rocket attacks on Israel on Tuesday.

On Tuesday night, the rocket salvo peaked at 10:30 pm, when more than 50 mortars and rockets were fired on southern and central Israel in a short period.

The reason for the intensive fire was revealed overnight, when reports emerged that an IDF targeted killing operation against the leader of Hamas' military wing, Mohammed Deif, resulted in the death of his wife and daughter – as well as a third, unidentified body which some claim was Deif.