Raed al-Attar and Mohammed Abu Shmallah were both behind the kidnapping of Gilad Shalit, as well as many other terror attacks on the southern Gaza border.

Raed al-Attar with Gilad Shalit on the day of the prisoner exchange.    ( )
X

Raed al-Attar with Gilad Shalit on the day of the prisoner exchange.

The Izz ad-Din al-Qassam Brigade said the three were killed in a 2:30am bombing of a house in the Tel al-Sultan refugee camp west of Rafah in the southern Gaza Strip. Seven other people were killed and 25 others wounded in the attack.

The targeted killing was a joint operation of the Shin Bet and IDF. The Shin Bet confirmed the killing of al-Attar and Abu Shmallah, but not Barhoum's. 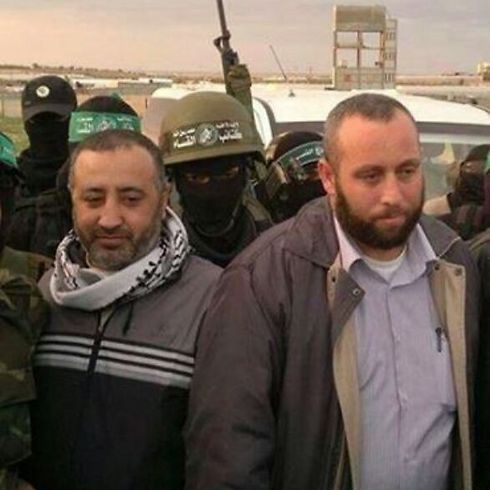 Abu Shmallah, 41, and al-Attar, 40, were two of the most senior commanders in the al-Qassam Brigades.

Al-Attar the Hamas Division commander in southern Gaza, was one of the architects of the terror tunnel project in the south of the Strip, and also aided other Hamas divisions with tunneling.

He was one of the founders of Hamas' elite Nukhba unit and was in charge of arms smuggling from the Sinai Peninsula. 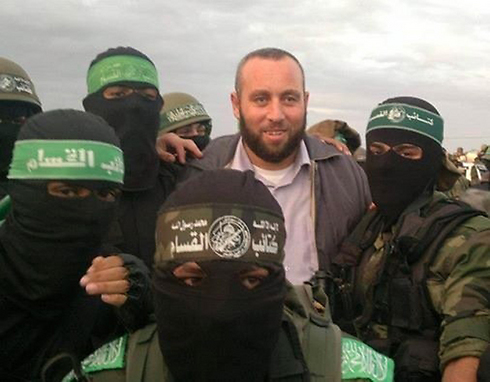 One of the last photos taken of Raed al-Attar.

Al-Attar was behind a series of terror attacks in recent years, among them:

Raed al-Attar with Gilad Shalit on the day of the prisoner exchange.

Al-Attar was one of the closest people to Hamas' second-in-command Ahmed Jabari, whose assassination by the IDF and Shin Bet in November of 2012 served as the opening shot for Operation Pillar of Defense.

Al-Attar was in charge of launching many Hamas terror cells who committed terror attacks in Sinai against Egyptian targets. He was considered a natural replacement for Mohammed Deif as the head of Hamas' armed wing, amid reports Deif was killed by Israel on Tuesday night.

The scene of the assassination    (מתוך פייסבוק)
X

The scene of the assassination

Abu Shmallah, the most senior commander in southern Gaza, was in charge of the Rafah and Khan Younis area. He survived previous assassination attempts. 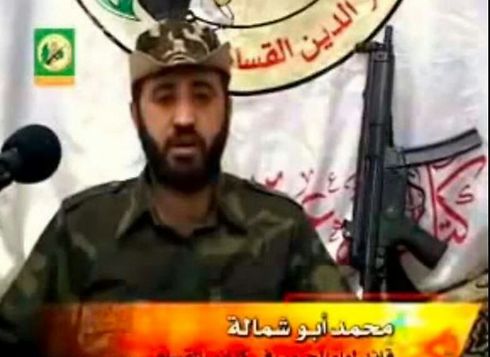 He began his terror activity along with al-Attar and Mohammed Deif in the early 90's. Since then, he was directly involved in the execution of dozens of terrorist attacks, among them:

He was also behind the June 2006 attack in the Kerem Shalom area, in which two soldiers were killed and IDF soldier Gilad Shalit was kidnapped.

During Operation Protective Edge, Abu Shmallah was involved in the infiltration of 13 Hamas terrorists through a tunnel. 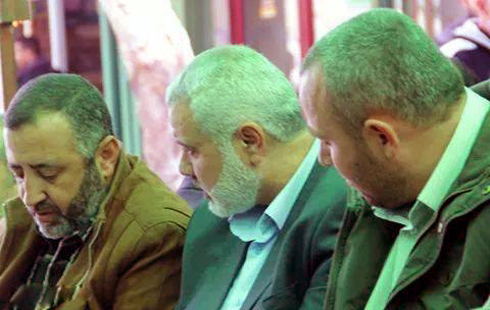 Mohammed Barhoum spent many years in Syria and Libya, and was responsible for the transfer of money to Hamas in the Gaza Strip.

Hamas spokesman Sami Abu Zuhri threatened Israel would pay the price for the assassination, calling it "a massive Israeli crime."

The assassinations "only increase (the Palestinians') determination to carry the flag and keep going," a statement from Hamas said.