Attack on Erez Crossing took place as group of Palestinians was entering Israel from Gaza to receive medical care.

Three Israeli Arabs were wounded by a mortar shell fired at the Erez Crossing as Palestinians from Gaza were entering Israel for medical care.

In the early afternoon a mortar wounded three Israeli Arabs who work as taxi drivers tasked with taking a group of Gazans from the crossing into Israel for medical care. Roughly an hour later, the IAF hit the site from where the mortar was launched. In the meantime, Hamas has taken responsiblity for the attack, saying it fired 15 mortars at the crossing. 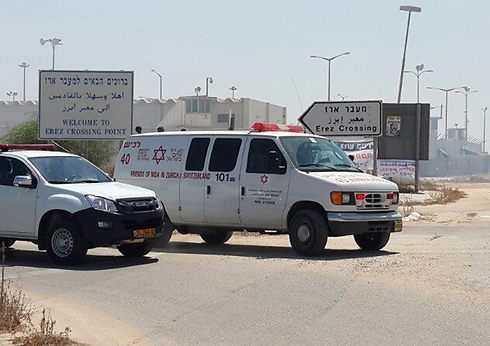 The attack took place at the Erez Crossing in the Hof Ashkelon Regional Council while a group of ill Palestinians was making the crossing. Soldiers evacuated the wounded as mortars continued to fall.

One of the Palestinians attempting to make the crossing spoke to Ynet and said "the war does what it wants with us. I hope both sides put an end to it. There is too much fear in Gaza and in Israel. All we wanted was to get medical care."

The three suffered shrapnel and blast injuries. One of them was seriously hurt in his stomach and rushed into operation. His situation is now stable. Another was also hit in his stomach. He was hospitalized in intensive care and will be operated later Sunday. A third suffered fractures in his arm and will undergo operation later Sunday.

The wounded are aged 27, 41 and 56 and are from the Bedouin community of Rahat, while a third was from East Jerusalem. The crossing has since been shut in wake of the attack. 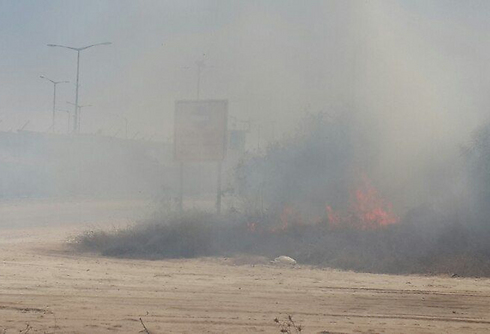 Abed Ra'asab, from East Jerusalm, arrived at the crossing to transfer a young relative of his suffering cancer to a hospital in Jeruslam and witnessed the scene. When he arrived at the Palestinian side of the crossing the attack began. "It was so close, but thank God I was close to a shelter, those wounded were farther away. The (IDF) paramedics quickly took care of the wounded.

The mortar hit one of the few active crossings connecting Israel to Gaza, specifically the one intended for human passage. A car belonging to one of the Israeli-Arabs sustained damage. A young Palestinian girl who was at the crossing suffered anxiety and she was seen shaking from fear. 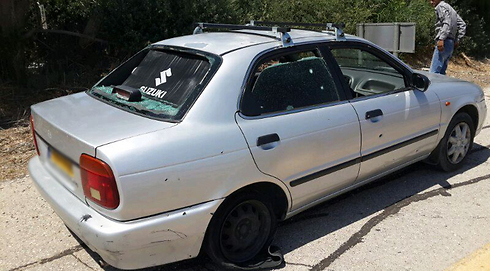