US working with Jordan, EU on Gaza ceasefire draft

While Hamas says Israel has yet to respond to proposed Egyptian deal, diplomats working in UN on Security Council resolution draft to put end to fighting in Gaza.

WASHINGTON - The United States has prepared its own draft outline for a UN resolution demanding a ceasefire between Israel and the Palestinians in the Gaza Strip and is now working with European powers and Jordan on a joint text, diplomats said on Monday.

Meanwhile, Palestinian and Israeli officials confirmed Monday night that a renewed Egyptian ceasefire proposal is being discussed and that the Palestinian factions are still waiting for Israel's response, for what some claim will be a limited ceasefire deal spanning up to a month, after which additional talks will take place.

US officials and diplomats from other UN member states said that Washington had presented a small group of countries with its own draft elements for a Security Council resolution after Jordan offered one last month and Britain, France and Germany wrote another ceasefire proposal last week. 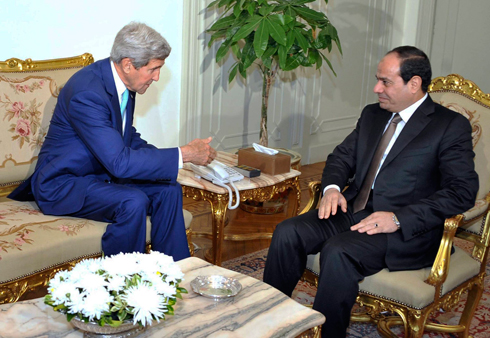 "The US has come up with its own draft," said one UN diplomat, who declined to be named. "It's quite different from the two others. Now they're working to combine the drafts and come up with a common text."

The US officials and other diplomats declined to speak about details in the US draft, though several said it was not acceptable on its own.

"We'll work on coming up with a single draft," another UN diplomat said. "What's important is that the Americans are engaging and there's a new momentum in pushing for a ceasefire resolution in the Security Council that would be better than previous ones."

An Israeli official said "this is still under negotiation" and that there was no draft ready yet for the Security Council. Diplomats said Israel received the draft over the weekend. Egypt is also being consulted. UN diplomats said Washington and Israel appeared increasingly open to the idea of the council demanding a ceasefire.

Deal or no deal 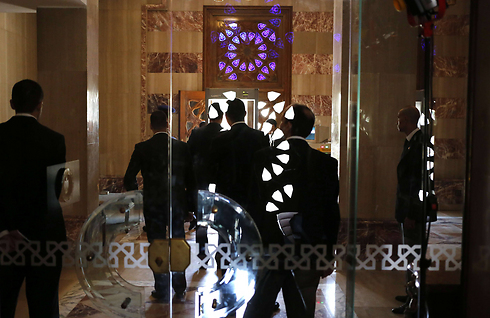 A senior Israeli official said that Israel "has yet to make a decision. Throughout the day we rejected a number of drafts. We are in the midst of a tough negotiations, we don't want to give them any win after all that we have been through."

In what seemed to be a reversal of some of Hamas demands, namely a sea and air port for Gaza and the end of the blockade on the Strip, Abu Zuhri said that "at this point what is important is an end to aggressions, the opening of the crossings into Gaza and the rehabilitation of the Strip."

However he added that the Palestinians were willing to discuss the matter at a later date, hinting the current deal could be limited in scope and entail additional talks to reach a long term ceasefire.

Earlier, a Palestinian official said that the sides are close to announcing a ceasefire deal which would see an end to seven weeks of fighting in Gaza, and a member of the Palestinian envoy to negotiations said that, "An agreement still hasn't been reached, but a ceasefire is close." Their comments came as Egypt pressed on with efforts to broker a durable truce.

Speaking to Palestinian news agency Ma'an, an unnamed Palestinian source said that an announcement regarding a ceasefire would be announced by Monday night, but noted the deal could extend for only a month, as sides fight over details and rocket fire continues.

Meanwhile, Khaled al-Batsh, a member of the Islamic Jihad's delegation to Cairo added that the group "had agreed to accept Egypt's offer to discuss a ceasefire and we're heading in this direction.

An Israeli source close to talks told Ynet that "things are still unclear" and that Israel was still waiting for a response to a number of issues, and was downplaying the odds of a deal being reached, fearing another collapse in talks would lead to massive renewal in fire. He noted that Israel's goal was reaching a long term truce, which would promise the end to rocket fire.

"There is talk of a temporary cease-fire that would open the border crossings, to let in humanitarian aid and reconstruction materials," a Palestinian official told AFP, adding the talks would stretch into next month.

"We are willing to accept a deal, but we expect the Israeli response such this proposal," he added.

Their comments came after a senior Palestinian source told AFP that all the factions – including Hamas – were prepared to accept the Egyptian ceasefire proposal that was reported earlier on Monday, when Islamic Jihad said it agreed to the framework offered in Cairo.

Attila Somfalvi and Roi Kais contributed to this report