House hit by rocket in Ashkelon

"Just half an hour before the (rocket) hit, we finished the last layer of paint and were preparing the kindergarten to the new school year," painter Ilan told Ynet.

The rocket fell in the playground of a state-religious kindergarten in the city. Teacher Ninet Peretz rushed to the kindergarten when she heard the news. "I'm standing here and simply shedding tears. I love this kindergarten like I love my own home. We've completed 90% of the preparations to the new year already, it breaks my heart to see all of this. How am I going to tell the children the kindergarten was hit?"

So far, over 90 rockets were fired at Israel on Tuesday. Eight of them were intercepted by the Iron Dome and at least 2 fell inside the Gaza Strip. 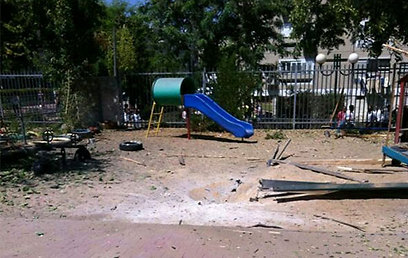 The damage caused to the kindergarten playground.

Two rockets were intercepted over the Hof Ashkelon Regional Council around noon time.

In the late morning hours, 19 rockets hit open areas in Eshkol, while three fell inside communities, causing damage to a power line.

The family members inside the home, parents and two children aged 14 and 17, were on their way to the protected space when the rocket hit, and were unharmed.

While the family was unharmed, 69 people were taken to the Barzilai Medical Center in Ashkelon. 28 were lightly wounded suffering from shards and ringing in the ears, while 41 were suffering from anxiety.

Six of those taken to hospital were children between the ages of 2-8. They were all either very lightly wounded or suffering from anxiety. 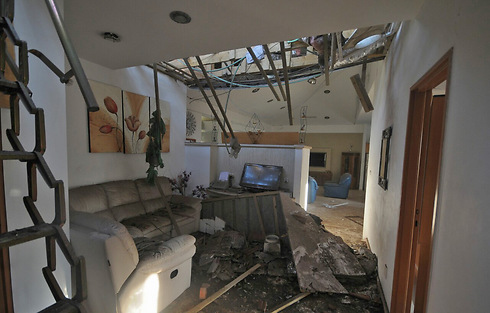 Shrapnel from the rocket also caused damage to a water pipe outside the home. Ashkelon municipality teams were dispatched to the scene. 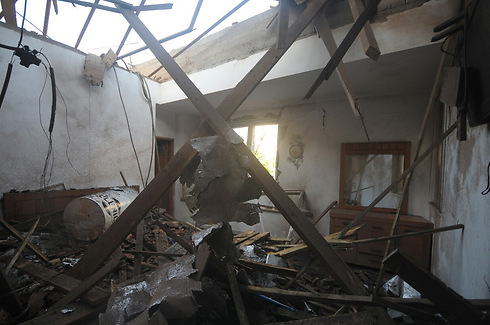 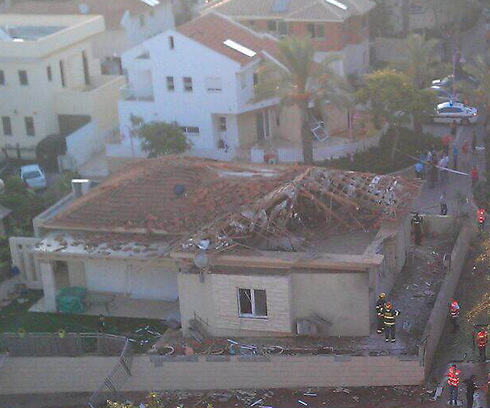 In the early morning hours, 6 rockets exploded in open areas in Eshkol, while one fell inside a community in the regional council, causing damage. Shortly after 6:30am, sirens sounded throughout the Tel Aviv metropolitan area as Gaza militants fired several rockets from the Strip at the Shfela area and the country's center. Iron Dome intercepted one rocket over the Tel Aviv area.

Hamas' armed wing claimed responsibility for the attack, announcing that it "fired R160 rockets at Haifa and four M75 rockets at Tel Aviv, in response to attacks on multi-story buildings" overnight. 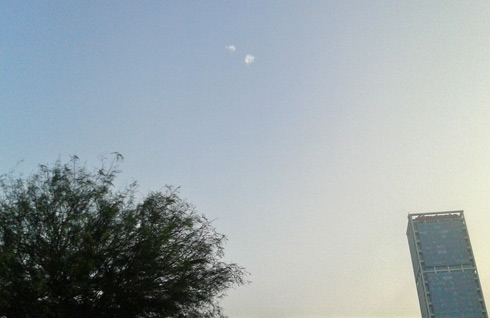 Shortly after, alarms were activated in the Gaza-border communities and two rockets exploded outside a community in Eshkol. No injuries were reported. 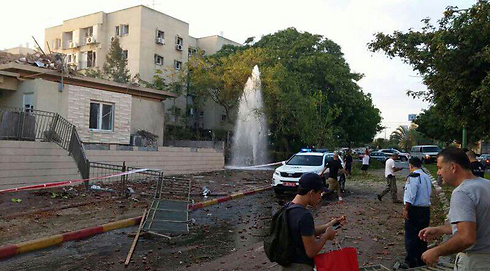 A total of 130 rockets were fired at Israel on Sunday, 16 of them were intercepted by the Iron Dome.