For Palestinians from Gaza wounded by bombings or children with cancer, reaching Israel for medical care via the Erez Crossing is often the only chance they have – but this does not stop Hamas from firing on it.

The Erez border crossing on the border of northern Gaza is the only legal portal for people to travel between Israel and the embargoed Strip. Despite continued rocket fire and IDF attacks over the past several weeks, the Erez crossing has remained open 24/7, allowing Palestinians with special passes to enter Israel for humanitarian reasons including for medical treatment.

"Sick and wounded Palestinians, including some children, try to come into Israel to receive medical treatment and Hamas fires on them," said the manager of the Erez crossing Shlomo Tzaban, referring to instances in which Hamas rockets were fired on the border crossing. 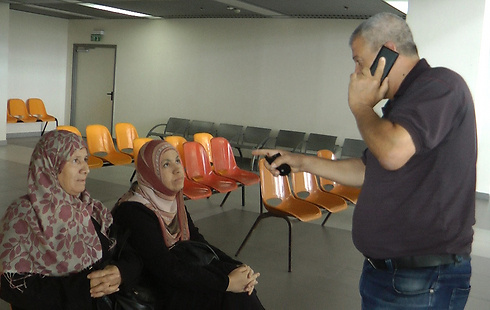 Managing a border crossing between two enemies during a war is no easy task. Workers at the Erez crossing put their lives in danger, under fire from Gaza in order to help the Strip's residents. It's an exceptional situation that creates confusion and anger from those watching from the sidelines.

But Tzaban, who previously served as an officer in the Paratrooper Brigade, isn't confused at all. The crossing is managed quickly and efficiently, allowing Gaza's residents who aren't involved in the fighting, to receive aid and humanitarian solutions to some desperate problems. 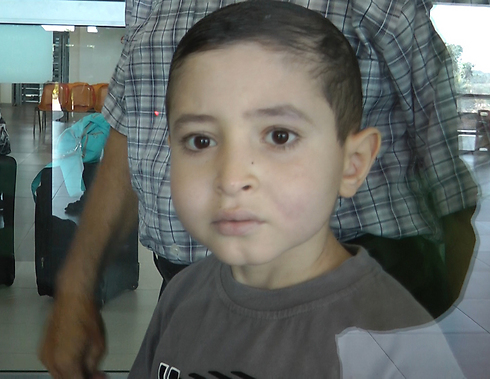 In reality, however, Israel confines traffic from Gaza, especially to the West Bank, to what's labeled as emergency humanitarian situations. In other words, only the sick and their escorts, senior merchants, and those visiting family in hospitals are let through. During war, traffic at the crossing is restricted even further, strictly allowing for the movement of only the wounded and their escorts along with foreign nationals such as journalists.

Palestinians under Hamas fire at Erez

When we went to visit the crossing, we found several Palestinians with children sick with cancer and dependent upon dialysis treatments in Israel, trying to cross the border during rocket fire from Hamas. The Palestinians were scared to express their opinions regarding Hamas and prayed for quiet and health.

In addition to the sick, foreign journalists cross through Erez alongside UN workers and volunteers. Due to the destruction of Hamas' smuggling tunnels along the Egyptian border, and the Israeli blockade on Gaza, the Erez and Kerem Shalom crossings (Kerem Shalom is strictly used for the passage of goods and not people) are the only official lifelines into Gaza. 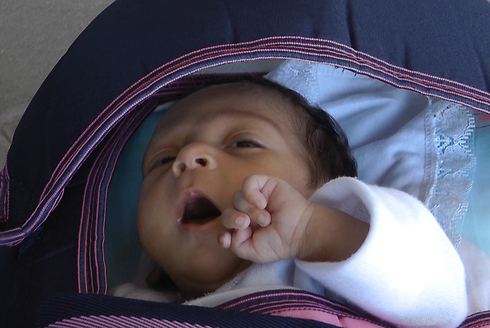 The humanitarian volunteer Buma Inbar is at home at the Erez crossing. Buma, a bereaved father whose son – a fighter in the Golani Brigade – was killed in 1995, took it upon himself to help Palestinian civilians who are dependent on aid in Israel.

Buma drudges through bureaucracy, documents, rushing progress when needed, and even sets up transportation for the impoverished residents of Gaza in the absence of any public transport into Israel. Gazans desperate to reach the border for passage into Israel are often subjected to outrageous fares for the Gaza equivalent of a taxi.

The Erez border crossing also allows for medical goods, donations and equipment from various donations from around the world to enter the Gaza Strip. In order to handle the security threats in the area, the trucks passing through the crossing unload the equipment on the Israeli side and Palestinian laborers carry the crates back to Gaza by foot.

Palestinian workers at the Erez crossing speak excellent Hebrew. They are mostly realistic older people, who enjoy remembering "the good old days" when it was possible to work in Israel. I glanced at one of the boxes, donated by an Islamic charity in Jerusalem, and saw that it contained hundred of tubes of materials to fight head lice. 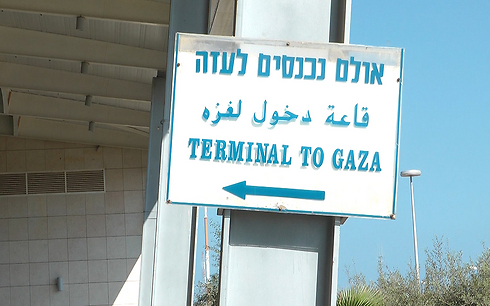 The Erez crossing between Israel and the Gaza Strip (Photo: Assaf Kamar)
In the morning ours, on the day of our visit, tons of medical equipment passed through the crossing destined for the Royal Jordanian Hospital in the Strip. The IDF also set up a field hospital at the Erez border crossing. Despite its title of 'field hospital', the conditions are not those of being out in the field. Rather, the medical facility is up to the standards of nearly any other modern hospital and is even equipped with air conditioners offering patients respite from the overwhelming heat of the Israeli south. The problem is that patients are few and medical workers are bored - Hamas doesn't allow the wounded from Gaza to come to the Erez crossing for medical treatment from the IDF. During our tour, we ran into a group of 17 wounded Palestinians who were passing through Israel to receive medical treatment in Turkey. The first wounded Gazan arrived at the crossing and underwent Israeli security checks and Turkish medical tests.

He was originally supposed to go to an Israeli facility, but a problem arose in transporting him in an Israeli ambulance. Endless code red sirens and loud explosions sent the Magen David Adom medics running for cover alongside the Turkish medical team. Only after several long minutes, during a short respite in rocket fire, the medical team finished their tests and sent the Palestinian safely on his way to Ben Gurion International Airport.