American paramedics and nurses fly into Israel to save lives at Barzilai Medical Center in Ashkelon, the hospital nearest to Gaza.

Israeli doctors, nurses, firefighters and paramedics worked tirelessly in southern Israel to save lives and homes throughout the 50 days of Operation Protective Edge, and in some locations have had backup from American counterparts eager to lend a hand.

The Emergency Volunteers Program (EVP) unites medical and rescue professionals from the US and Israel for training and support in crisis situations in Israel. Over the last seven weeks, they have brought volunteer emergency first responders from various locations in the United States to help out where they were most needed – southern Israel. 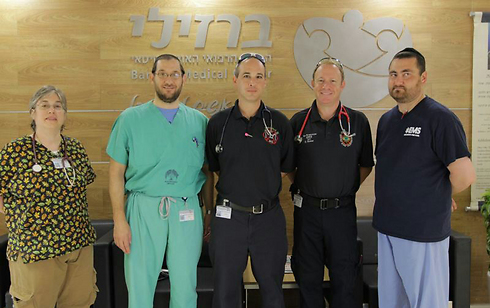 The non-profit organization was founded in the aftermath of the Second Lebanon War in 2006 and the Carmel fire of 2009 by two paramedics and a firefighter, who understood that despite its expertise, the country simply lacked numbers.

"Although Israel's emergency services are extremely professional and probably the best in the world, we have a small rescue service, and the first rule in disaster management is that you have to bring in outside resources," the spokesman for EVP told Ynet.

"Indigenous resources are never enough because it wouldn't be cost effective to maintain that level of personnel on a daily basis. And that problem is classically solved by what is called mutual aid."

And given the primarily hostile neighborhood in which Israel is situated, that is where EVP comes in. The program relies on donations, and its entire staff in Israel and the US all work on a voluntary basis. 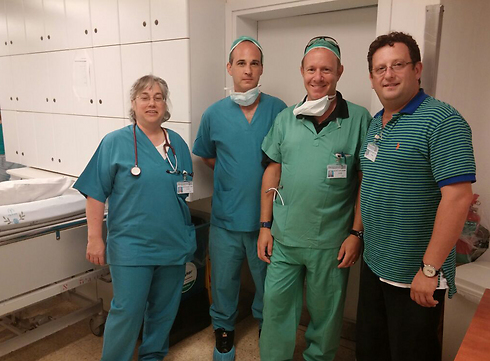 American first responders have been in Israel at various points during the conflict, saving lives by putting out fires.

On Thursday, four paramedics, a nurse and a physician's assistant arrived in Israel for a weeklong rotation at Ashkelon's Barzilai Medical Center, to support staff who have been coping with multiple trauma incidents in a city under heavy rocket fire from Gaza.

Among the new arrivals is 47-year-old Evan Feuer, a paramedic from Maryland who works part-time in New Jersey, with decades of experience under his belt, including a 15-month stint in Iraq at the height of the war there.

Feuer says his time in New Jersey has prepared him well for the kind of injuries he is expecting to see in Israel. His stint in Iraq, he says, has given him experience of working a war zone.

"I worked in Trenton, New Jersey, which is one of the top 10 gunshot capitals of the world, and I am familiar with dealing with traumatic injury patients," he says. "(In Iraq) we were always under fire. We got mortared, and I was in a helicopter that had an RPG shot at it." 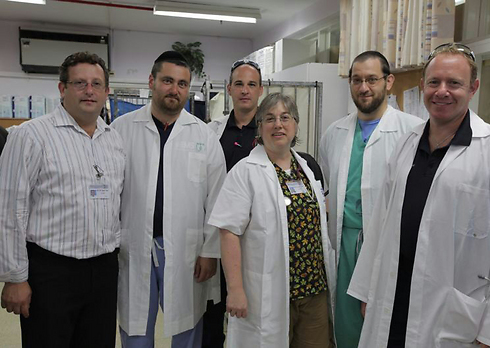 In Ashkelon, his six-strong team will be switching between the emergency room, the operating theater and the intensive care unit.

Aside from offering their much-needed and appreciated support, the volunteers can also take away with them new skills learned from their Israeli colleagues, as well as feeling that they have made a difference.

"Personally, it's a serious situation that's going on, and watching it from 8,000 miles away is sometimes difficult. You wish you could be here and offer some assistance. On a personal note, it's nice to know that I am able to help out," says Feuer.

"I have a lot of experience as a trainer with the US military and so there are probably some things that I can share, but I think more importantly Israel has more that they can teach me, that I could bring back home."

But for Feuer, Israel is a place that is close to his heart.

"I have a strong connection to Israel," says Feuer, an alumnus of the Hebrew University of Jerusalem. "I'm not a rich man, I don't have a lot of money, but there's something I can give."