Islamic State popularity on the rise in Israel

Clashes erupt in Arab sector, as community remains divided on support of ISIS and its cruel methods.

The Islamic State has surged in popularity and won over supporters worldwide – even in Israel. "Any person who bad-mouths the Islamic State is not a Muslim," wrote a Facebook users, one of the many who have not hesitated to express their support in the past three days, when the Defense Ministry announced that ISIS was an "illegal organization." 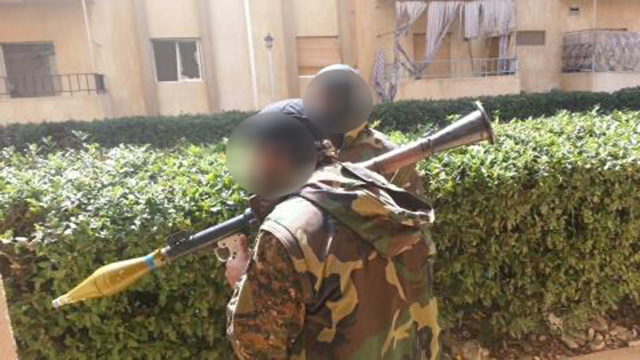 Israeli Arabs support Islamic State
The Arab sector in Israel has been inundated with conversations and confrontations over the topic not only online, but also in cafés and mosques. Last week an Imam praised the terror group during Friday prayers at a northern Israel mosque: "ISIS is on the right path." Many worshippers were upset with the statement, shouting at him: "You are defending a terror organization. We will not pray at the mosque as long as you hold such murderous thoughts of terror. You must realize that our religion does not teach us to murder people – Muslims, Christians, Jews, or Druze."

At another mosque in the area, a physical confrontation erupted because of an argument on ISIS, after one worshipper said "the Islamic State is the only one that can establish an Islamic state, and it is good they are punishing people. I hope they make it to Israel." 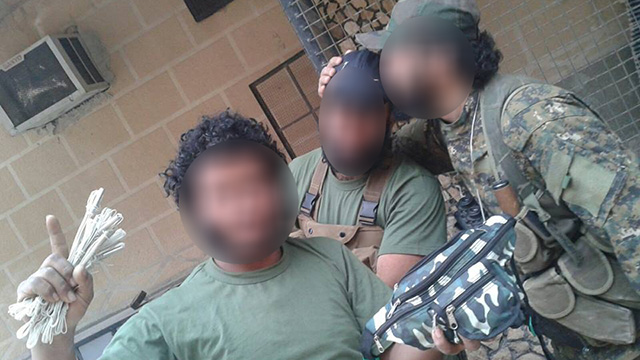 ISIS supporters among Israeli Arabs
Fellow worshippers jumped the man, cursing at him. "You are terrorist scum, and you have nothing to say to us. Get out of here; we do not want to see your ilk." The situation did not improve until local residents intervened.

One sheikh from the Galilee admitted to supporting the group. "I personally support ISIS, and I think all the clips published against them are fabricated. If it is authenticated, that they are really killers, then we are against the murders and hope they will continue on their path without the killing. They can fix themselves."

One resident of triangle region said her husband has supported ISIS since he had heard of them. "He always prays Allah provides them strength. He has become very radical. I personally object."

She said his radicalization was worrying. "Every time that I tell him that he is not thinking clearly, he threatens me and tells me 'stop your nonsense. If you are not satisfied, you can leave the house. I will divorce you.'"

"I do not know what to do. I am tired of him. He is ruining our lives without even noticing," she lamented.

Nazareth police took down signs with verses from the Quran listed side-by-side with threatening messages. "We took down a big sign with an ISIS symbol next to hurtful, inciting statements like 'infidels that do not accept Islam – will have their limbs severed from their bodies.'"

The local police chief said he turned to the mayor when the signs were replaced. "It's unacceptable that we are trying to return tourists to the city and it is flooded with hateful signs." 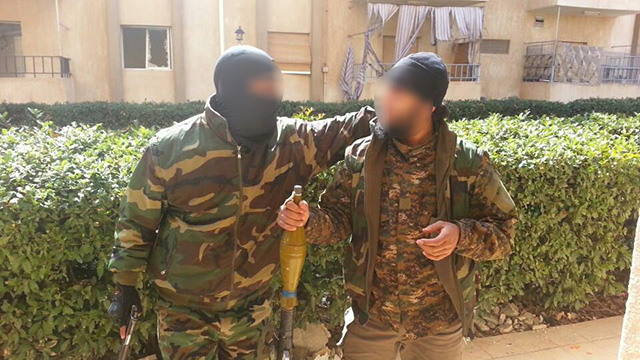 One Arab from northern Israel left his family several months ago to infiltrate into Syria and fight on the side of the rebels. He recently joined ISIS, sending a picture of himself holding weapons near their flag.

His relatives, who stay in touch with him through Facebook, confirmed his new placement, but said "we still don't know his position on the horrifying clips that have been published. If he has supported them, we will cut off all contact with him."

The head of the southern faction of the Islamic movement, Sheikh Hamad Abu Daa'bas, said that "ISIS raises reasonable demands like the establishment of an Islamic state, but their methods for reaching their objective raise concern in many nations across the world."

He stressed that "ISIS was hurting their cause by filming their cruel and disgusting acts. I am against the murders, but it is important to note that the killing methods of Israel and the US are not better than the crimes of the Islamic State. If it were not for the shocking ways in which they kill, it would be possible to see ISIS like any other Jihadi organization."

Abed Mansour, a resident of Tira, vehemently objects to the Islamic terror group. "I know many people who have started to support ISIS. There are at least a thousand of them in this city alone. They have turned into dangerous people. I sometimes wonder if they are behind the murder and violence spree in our sector."

"ISIS are not Muslims and have no connection to Islam. Our religion respects all other religions and faiths, and not in their manner. ISIS is sullying the name of Islam and its history. They are stealing, raping, and abusing. Where does it order that in the Quran?"