After Abbas slams Hamas for having 'shadow government' in Gaza, Hamas fires back, slamming the Palestinian leader.

Hamas accused Palestinian President Mahmoud Abbas Monday of trying to sabotage a fragile reconciliation agreement after he accused them of running "a shadow government" in Gaza. In a sharply worded attack on Hamas, Abbas Saturday threatened to break off the unity agreement over the group's de facto control of the Gaza Strip.

But Abbas's words sparked an angry response from Hamas, with spokesman Fawzi Barhoum accusing him in turn of trying "to destroy the reconciliation and play into the hands of the Americans and the Israelis." 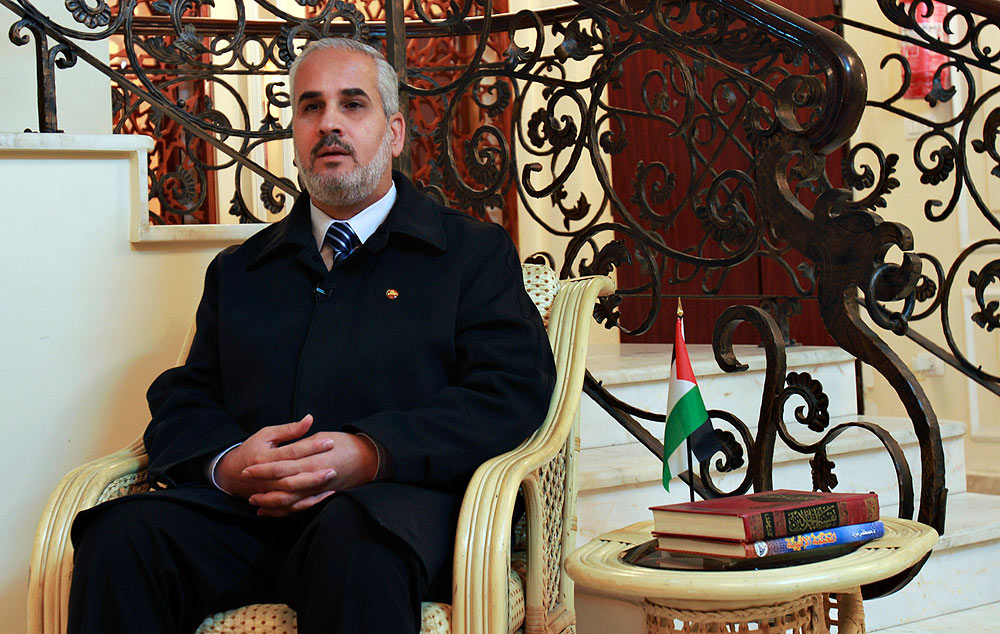 His comments came in response to Abbas saying that "If Hamas won't accept a Palestinian State with one government, one law, and one weapon - then there won't be any partnership between us," said Abbas. "This is our condition, and we won't back away from it."

Hamas forcibly took over the Gaza Strip in 2007, ousting forces loyal to Abbas and sparking a bitter and bloody split with his Fatah movement, which continued for years until the two sides signed a reconciliation deal in April. 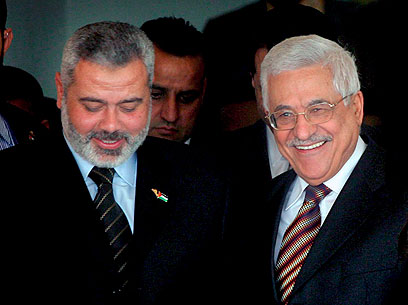 Palestinian President Mahmoud Abbas and Hamas leader Ismail Haniyeh (Photo: EPA)
The deal led to the formation of a government of national consensus, which took office on June 2, following which Gaza's Hamas government formally stepped down. The spat erupted just two weeks after the end of a major 50-day conflict between Israel and Hamas militants in Gaza. Throughout the conflict, Hamas and Fatah put up a united front, working side-by-side to further indirect truce talks with Israel in Cairo, which resulted in an open-ended cease-fire that took effect on August 26.

But as the guns fell silent, their long-held divisions again came to the fore.

Abbas said that he demands that the PA be responsible for State decision including when to declare war or sign a peace deal. Khaled Mashal, the political leader of Hamas, doesn't seem to agree.

"Mashal told me, 'I'm the resistance leader and there will be no ceasefire (between Hamas and Israel) without my agreement,'" said Abbas.